Look up the word “neighborly,”

and you’ll come up with the expected:

In other words, a neighbor is generally thought of as someone you can count on to lend a hand when the going gets tough.

And the beauty of neighborliness is that it goes both ways,

back and forth across fences,

without demand for reciprocation.

It’s there should you need it.

Among rural Americans, “neighborly” is communicated through often subtle signals …

a wave between passing cars,

a fresh batch of Christmas cookies left on a doorstep,

a call after a storm, just to make sure everything’s alright.

Loving thy neighbor, as the saying goes, is a timeless credo among farm folks—one that keeps us civil, makes us strong, and sheds a ray of light in even the darkest hour.

I much prefer it to the phrase,

But lately, fences are being fortified as suspicion spreads throughout America’s farm country, spurred by a handful of troublemakers who are taking advantage of the trust that farmsteaders live by …

“In farm states across the country, a new nuisance has settled in,” reports Mother Nature News. “Forget dust storms and locusts, the worst drought in decades has created hay thieves.”

The impetus for this unlikely crime spree can be traced to a dark impulse somewhere between desperation and greed. Winter continues to bear down on livestock owners, and hay prices are skyrocketing because of the dry year’s limited harvest. According to Missouri Farm Bureau president Blake Hurst, stolen bales are being sold in order to cash in on premium hay prices. 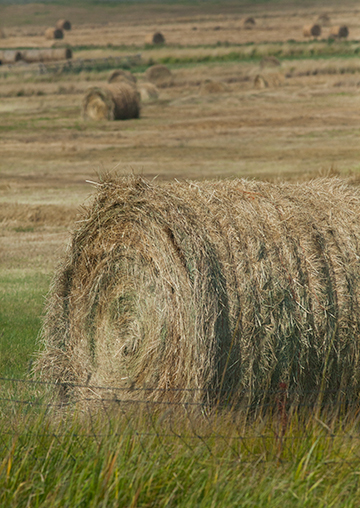 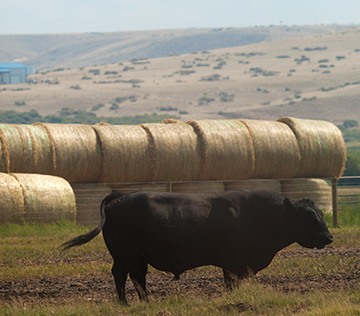 “Of course, no one brands their hay, so if you hook onto it with your tractor or your pickup and make it out the gate, then it’s impossible to prove where the hay came from,” Hurst said. 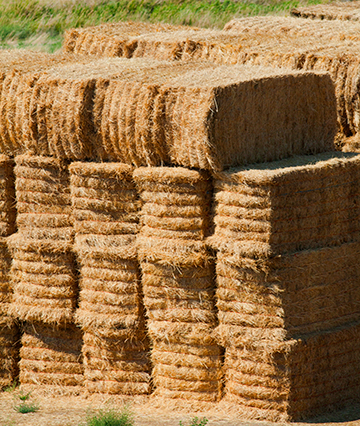 Apparently, these hay heists are becoming so prevalent that people are starting to padlock their gates, mount hidden cameras, and plant GPS units in hay bales to render them traceable.

I suppose you can hear me sigh …

neighborliness is not about appearances.

We reach out to neighbors in need,

when pocketbooks run as dry as pastures.

There’s no way that a few bad apples will succeed in sowing seeds of skepticism among people who rely on one another to get by.

We may lock our gates, but not our hearts.

and even hay thieves