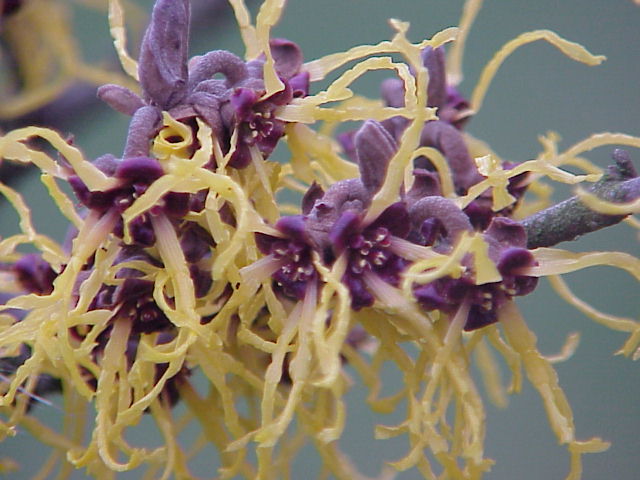 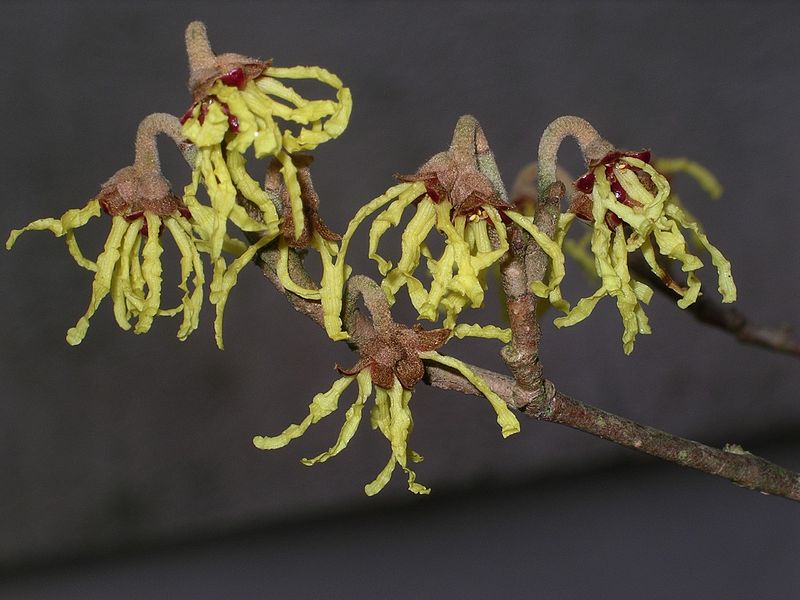 Photo by Velela via Wikimedia Commons 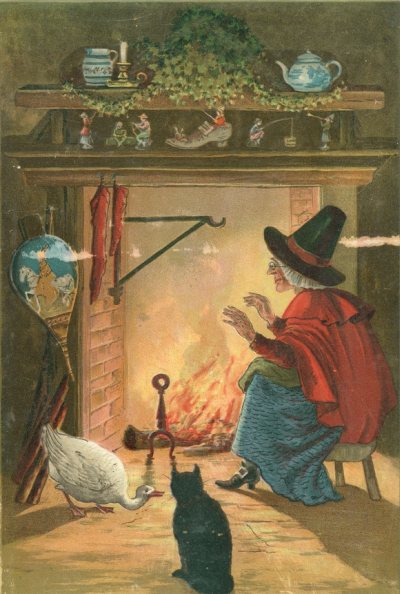 These wriggly, yellow, leggy-looking oddities aren’t actually withered fingers or a strange species of scrambling spider. They are the wonderfully fragrant, fall-blooming flowers of the native witch hazel shrub that last from October to December. 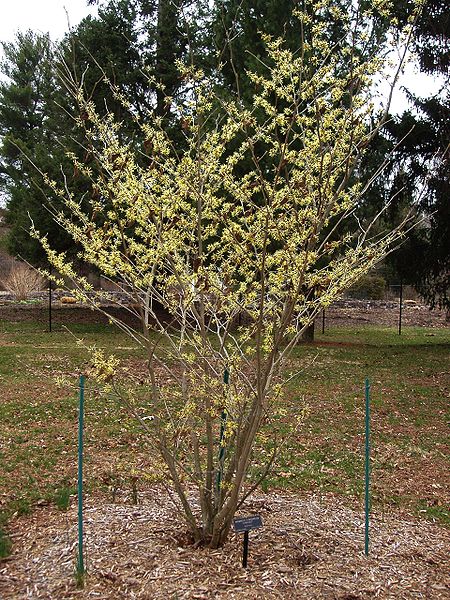 Photo by Daderot via Wikimedia Commons

Despite its rather eerie appearance and oh-so-spooky name (which may derive from the historical use of the shrub’s limbs for dowsing, or water-witching rods), you’ll find nothing to fear from witch hazel. In fact, it is a veritable wealth of health and happiness.

“Native Americans used witch hazel leaves and bark as a poultice to reduce swelling and inflammation. They also brewed witch hazel as a tea for conditions including cuts, colds, heavy menstruation, tumors, and eye inflammation. Witch hazel was taken internally to stop bleeding from hemorrhage,” reports AltMD.com. “The medicinal element of witch hazel [used today] is the hamamelis water that is distilled, decocted, or tinctured from fresh and dried leaves, and fresh and dried bark and twigs. Tannins and volatile oils are the primary active ingredients of witch hazel that contribute to its astringent benefits.”

Practically a panacea, wouldn’t you agree?

I absolutely love the witch hazel extract sold by Mountain Rose Herbs. Unlike most commercial extracts that are distilled multiple times and contain more alcohol than actual witch hazel, MRH’s extract is only distilled once and contains 86 percent witch hazel extract and 14 percent grain alcohol. It is gentle enough to be used alone, but you can also combine it with fragrant essential oils and herbs. Try this Herb-Infused Witch Hazel Recipe from the MRH blog.

Of course, if you’d like to start from scratch and grow your own witch hazel shrubs, you can buy them now from the Arbor Day Foundation (fall order deadline is November 12 through 26, depending on your location). They thrive in Zones 3 through 8. Once you have flowers, you can learn to make your own witch hazel extract on a lovely blog called Handmaiden’s Kitchen.