The adorable, always humorous MBA Jane is my way of honoring our Sisterhood Merit Badge program, now with 7,428 dues-paying members who have earned an amazing number of merit badges so far—10,836 total! Take it away, MBA Jane!!! ~MaryJane

For this week’s Each Other/Her-Story Expert Level Merit Badge, I kept on researching ‘til my researcher was sore.

For those of you who didn’t do well in Anatomy and Physiology, your researcher is located beneath your tense neck and your aching back. It’s that spot you can’t reach when itching. Science, peeps.

I had earned Part I of my Expert Level badge in this particular theme earlier, but I wanted to finish my education: after all, this was the expert level, gals.

I had begun with Laura Ingalls Wilder (who was alive in both the 1800s and the 1900s, but I considered her my 1800s girlfriend), and I was going to finish by reading a biography of another famous go-getting, sharp-shooting farmgirl, this one most definitely from the 1900s:

Being quite famous, of course there are numerous biographies—not to mention museums, documentaries, and films—about my illustrious subject, but just like with Laura Ingalls, I decided to go straight to the horse’s mouth to catch my flies with honey. In a bush. A mulberry bush.

Note: I have never been great at recalling expressions.

Anyway, her autobiography is titled Happy Trails: Our Life Story. 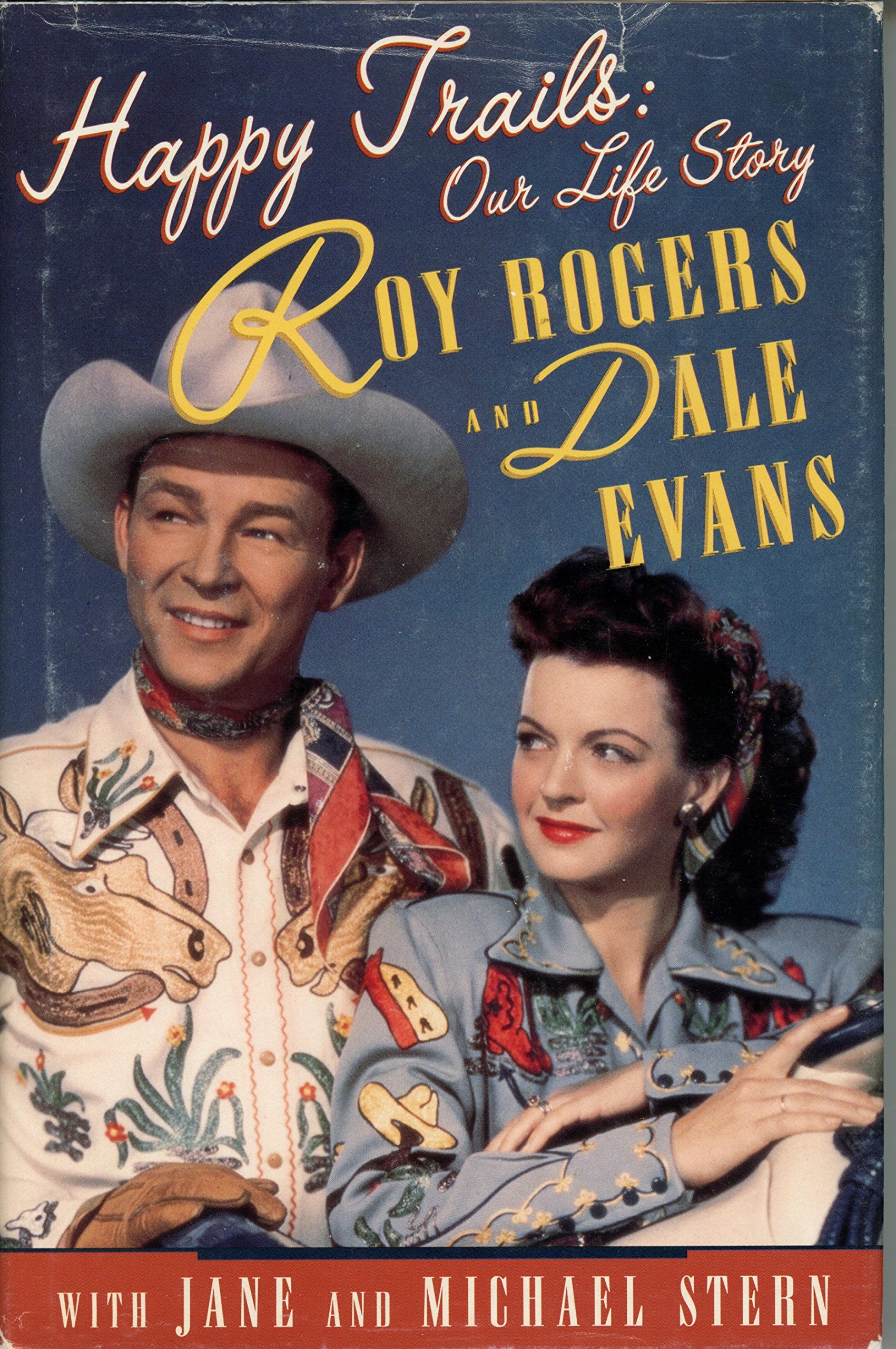 Interesting facts I learned about my good buddy (in my mind), Dale:

Hats off to you, dear Lucille/Frances/Dale!