For this week’s Each Other/Her-Story Expert Level Merit Badge, I settled down for a long nap, lovely weekend of my favorite thing (after snack food): reading.

Ah, books, how do I love thee?

Let me count the ways:

Of course, there are more reasons, but time to get to our badge, Madge.

To earn my Expert Level badge, I needed to read two biographies, one featuring someone from the 1800s and one from the 1900s.

My trusty librarian at my side (Some people have replaced their friendly local librarians with an app like Goodreads or Amazon and the like, but I prefer my librarians to be of the flesh-and-blood variety. Call me old-fashioned.), I picked out my first book … 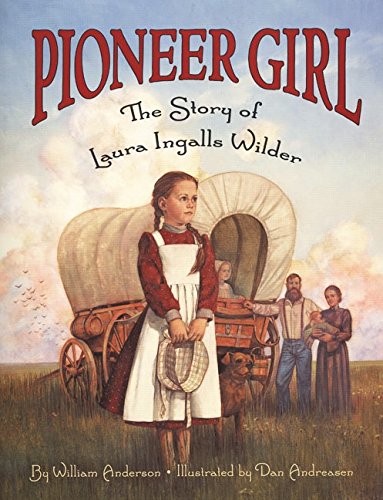 I knew I wanted to read more about ‘Half-Pint,’ my favorite and bestest girlfriend of my childhood. Naturally, we had never actually met, but I feel Laura and I would have gotten along famously, had we only been alive at the same time in history. Of course, there are simply scads of biographies written about my Bestie, but I wanted the info straight from the horse’s mouth, so to speak.

Ah, Bunny! Laura’s trusty steed would have liked me, too. I just know it.

I ate up Pioneer Girl like it was going out of style. Some interesting facts I learned about her:

Still eager for more Half-Pint facts? Read her Little House series, autobiography, diary entries, watch the television series starring Melissa Gilbert and Michael Landen, view documentaries, take a road trip to all the places she lived and traveled to, go to their museums … why, there’s even a full-length musical about Laura and a Japanese anime series!

New life goal: become so important that someone makes a musical and/or a anime series about me.