For most of us, the process of learning English happened at a time of life when we weren’t as inclined to question the rationale behind unreasonable (and sometimes ridiculous) spellings.

But, consider the task of trying your tongue at English as an outsider, whether tourist or immigrant.

Here’s a simple sentence to put it in perspective:

“I would like to buy a certain fruit for my recipe.”

Easy for you to read, right?

Now, read through it as someone who may know the basic RULES of English, but doesn’t yet grasp the commonly accepted American notion of tossing all of those rules out the window … 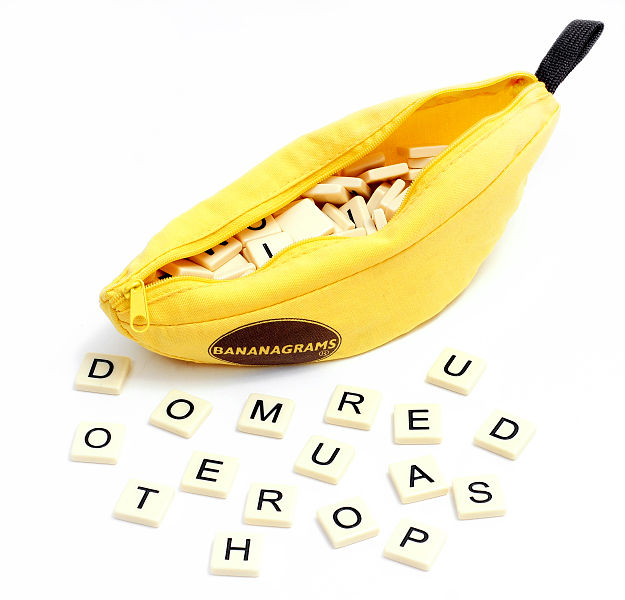 photo by Evan-Amos via Wikimedia Commons

While it’s tough not to chuckle, you can see how utterly frustrating it must be to decipher the everyday dialog we take for granted.

“While there are clear trends in words non-native speakers mispronounce (due to irregularities in English spelling), words that are in principle hard to pronounce depend much more heavily on each individual speaker’s linguistic background,” explains Czech linguist and mathematician Jakub Marian, author of Most Common Mistakes in English. “Words containing an ‘h’ (as in ‘hello’) are difficult to pronounce for native speakers of romance languages and Russian, since there is no ‘h’-sound in their mother tongues. Words containing a ‘th’-sound (either as in ‘think’ or as in that’) are hard for almost everybody apart from Spaniards and Greeks, whose languages are two of the few that contain those sounds.”

Now that your word wheels are spinning with this new perspective, try a few more words that Marian and many others deem difficult for non-native speakers:

P.S. Allow me to punctuate this post with a poem called “The Chaos” by Gerard Nolst Trenité in 1922. It brilliantly boasts hundreds of peculiar English pronunciations.