Let There Be Light

Let there be light!

Ever since early humans stumbled onto the miraculous power of fire to hold the night at bay, we’ve been hooked. 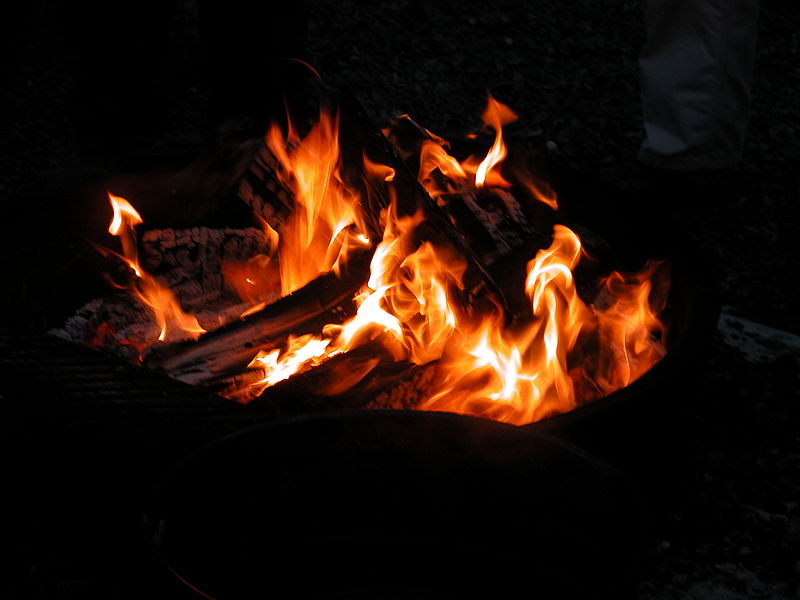 Photo by ltfhenry via Wikimedia Commons 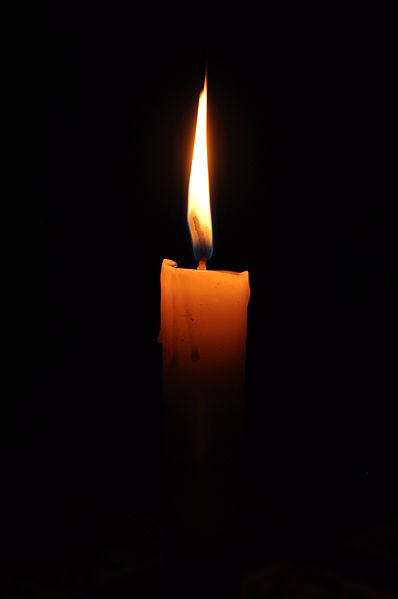 Photo by Bangin via Wikimedia Commons 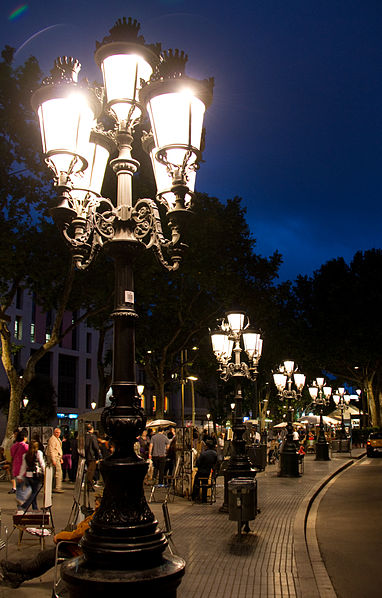 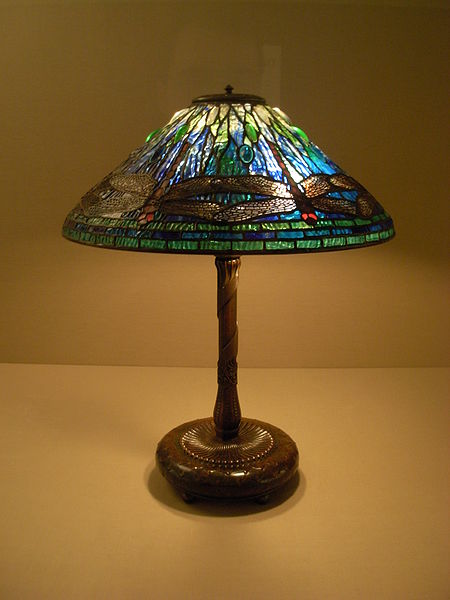 Photo by Piotrus via Wikimedia Commons 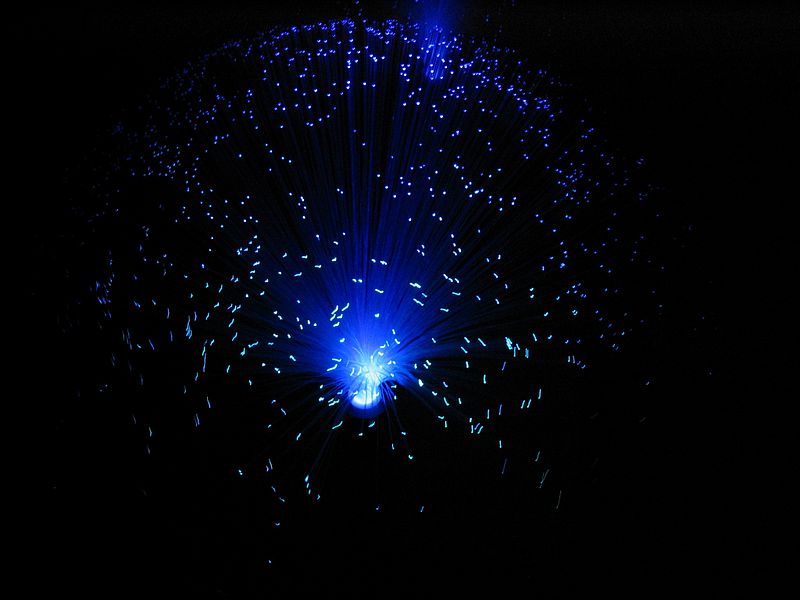 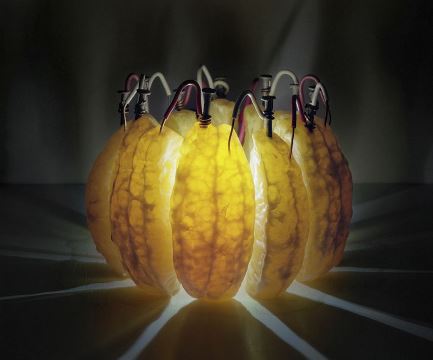 No, it’s not an optical illusion—you are seeing a glowing orange!

This is the work of Caleb Charland, whose artistic creations play upon a marvelous middle school science fair concept: the potato battery.

Or, in the case of the photo below, an entire potato field battery … 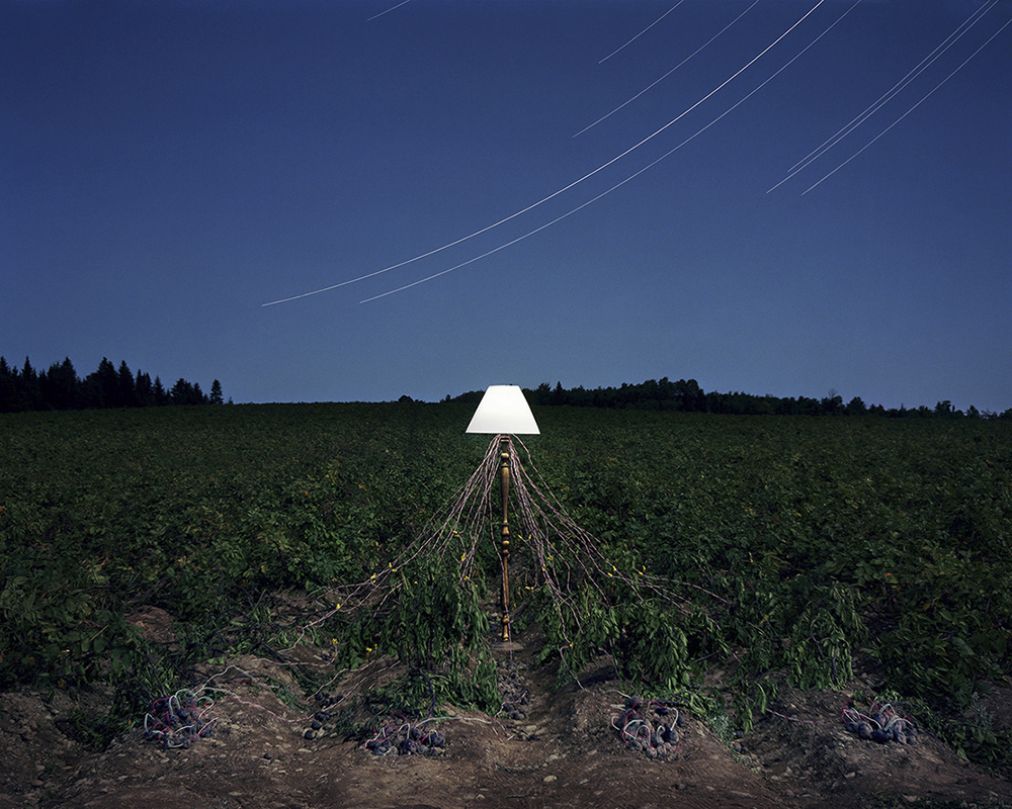 “By inserting a galvanized nail into one side of a potato and a copper wire in the other side, a small electrical current is generated. The utter simplicity of this electrical phenomenon is endlessly fascinating for me,” explains Charland. “Many people have had the experience of drawing power from fruit in the classroom, and it never ceases to bring a smile to the face or a thought to the mind. This work speaks to a common curiosity we all have for how the world works, as well as a global concern for the future of earth’s energy sources.”

The farm pictured above, LaJoie Growers in Maine, was the site of Charland’s first commercial farm “studio.”

“There is a lot of preproduction for the outdoor installations,” Charland told Modern Farmer. “For the potato shot specifically, it was two or three days of work because I dug up all of the potatoes and wired them and got the voltage right, and then buried them back in the ground because I wanted the wires to be coming out of the ground. When the setup is all done, I spend one or two nights shooting the scene. I’ll have two or three cameras set up, and the exposures will be set anywhere from four to eight hours long and I usually camp out there, start the exposure, set an alarm clock, and then finish the exposure.”

Charland says that it’s possible to elicit electricity from practically any produce. You just need a galvanized nail, wires, and the know-how to put it all together. The electrolytes in the produce cause the chemical reaction to occur that results in light. 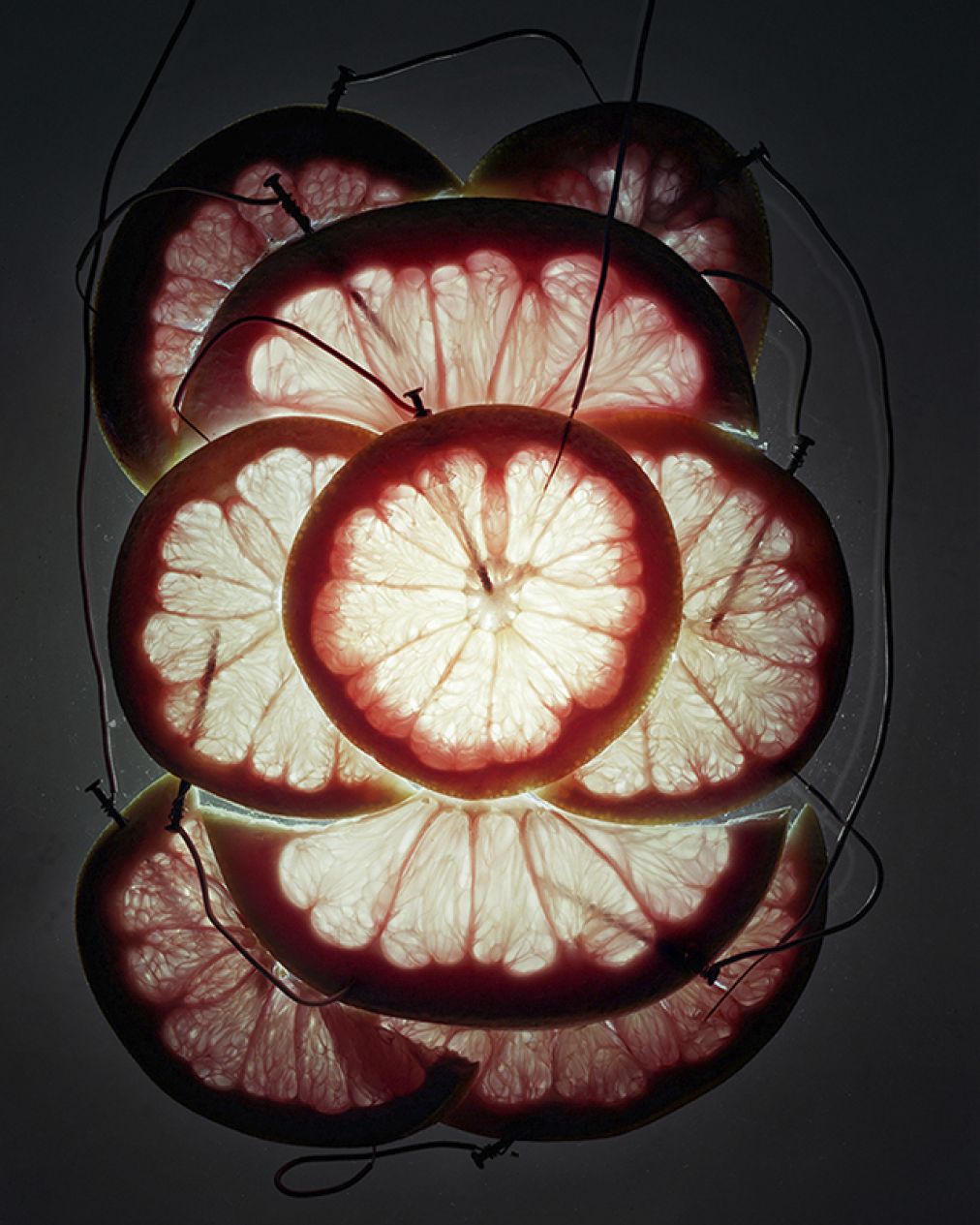 In the age of social media,

that grab us—sometimes in just 140 characters—and make us care enough to act.

That’s the goal of a group of young ag enthusiasts from rural Alberta, Canada, who founded the FarmOn Foundation.

“With Canada losing 60 percent of their young agricultural producers in the last 15 years, leaving only 9.1 percent of farmers under the age of 35, it was mission critical to form an organization that existed solely for the benefit of young farmers and seeing them succeed,” FarmOn declares. 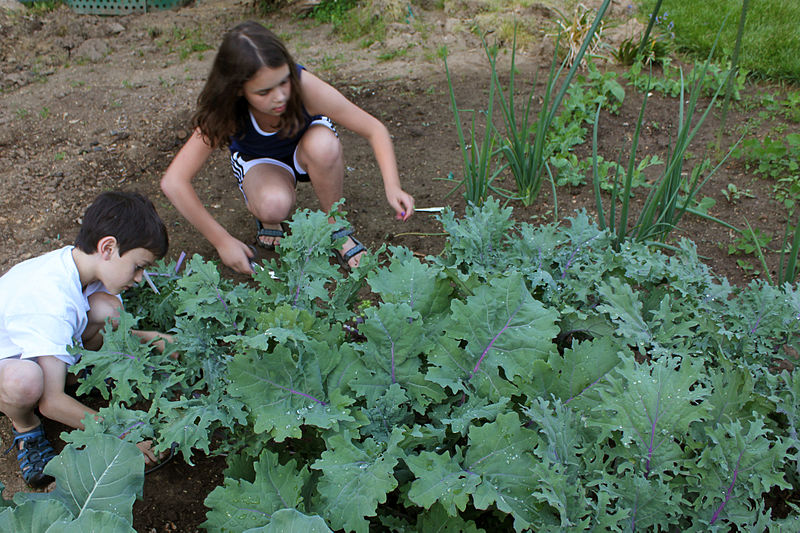 Rich in youth and vigor, this dedicated crew is out to inspire young farmers to action by equipping them with the tools, knowledge, and hands-on skills needed to increase the profitability of their agricultural businesses.

Last year, they launched a movement called #FarmVoices in conjunction with Earth Day to celebrate farmers, while giving them a chance to tell their stories and share images of the work they love.

“Young people have been at the forefront of every important social movement in history,” the founders say. “#FarmVoices is raising the profile of farmers by sharing their stories with the world, one image at a time.”

According to FarmOn member Tom Fesnoux, Earth Day 2013 was a huge success, with over 2,000 stories and photos being shared by farmers from 23 countries around the globe. “Now we are preparing to launch and share our newest #FarmVoices video for this year’s Earth Day celebration. We would love to invite you to join the movement and consider coming on board to help support more farmers.”

Here are three simple steps you can take to become involved:

2.  Invite other farmers or groups you know to participate in the day.

Can you think of one word that is rarely used to describe boys but may change the life of a girl forever?

While you’re thinking, watch this:

The word is “bossy,”

and it has more weight behind it that you might imagine.

“When a little boy asserts himself, he’s called a ‘leader.’ Yet when a little girl does the same, she risks being branded ‘bossy.’ Words like bossy send a message: Don’t raise your hand or speak up. By middle school, girls are less interested in leading than boys—a trend that continues into adulthood,” explains the Ban Bossy Campaign by Leanin.org, a nonprofit organization founded by Facebook COO Sheryl Sandberg to empower all women to achieve their ambitions.

Here are a few other striking facts from Ban Bossy:

Want to spread the word … er … the message?

Visit Share Ban Bossy to pass along your favorite facts, tips, and quotes that promote girl power with a passion.

This Hotpad is Just Right

When searching for the perfect porridge, chair, and bed, Goldilocks realized they aren’t all equal. Some were too big, too small, too soft, too hard, or too hot!

I think it’s safe to say I’ve had the same dilemmas with hot pads. One of our farmgirl sisters recently sent along a pair of hand-knit hot pads and you guessed it, they are the perfect thickness, texture, and size, which might not seem like such a big deal, but how many times have I grabbed my pot with a too-big hot pad all askew and found myself running my hand under cold water to comfort the burn that resulted. The perfect hot pad does make a difference, and these are just right. 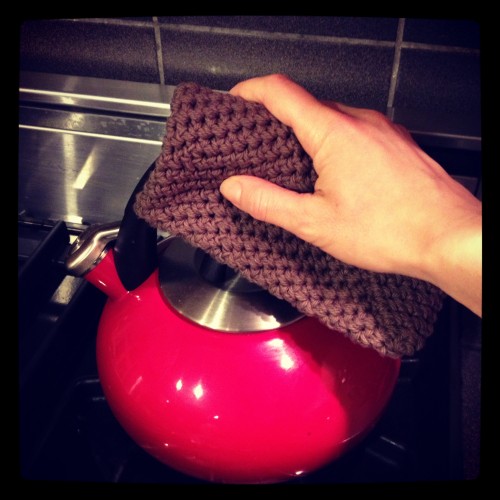 Here’s momma Maizy (4+ years) and her daughter Etta Jane (2+ years). Lots of cuddles and tongue lovin’ all day long. I call it cowpassion. I once tried keeping a cow-unity “licking” journal (Jane Goodall style) on all 13 of my bovine buddies, but their licking and interactions are so involved and subject to dramatic changes on any given day, I soon gave up. Who licks who is a series of complexities only they understand. Sort of like office politics or small town living. Maybe there’s a bit of gossip happenin’ here in this photo? My mother-in-law once joked, “If what you have to say about someone isn’t nice … come sit by me.” 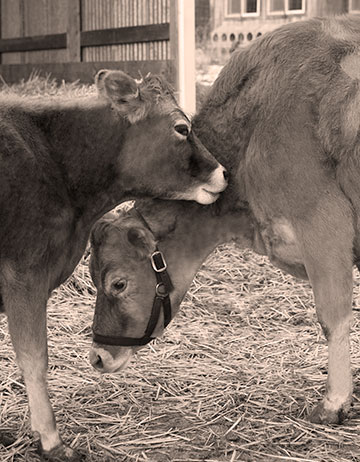 Here’s Etta Jane (2+ years) with her only calf so far, Eliza Belle (8 months). Etta Jane is three months along with another calf. Jerseys often darken in the winter, only to turn fawn-colored again in the spring when they lose their winter coats. 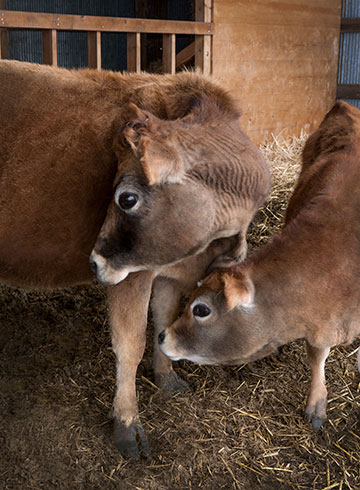 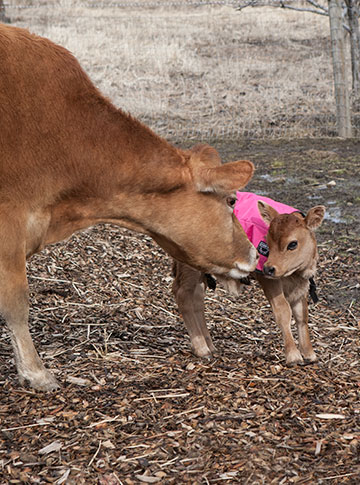 Lots of daily grooming and stimulation. Speaking of saliva baths, I remember my mother getting all five of us kids loaded into the car to go somewhere and discovering a spot on someone’s face. She’d put a bit of her hankie into her mouth, wet it, and then rub the spot off. Anyone else’s mother do that? 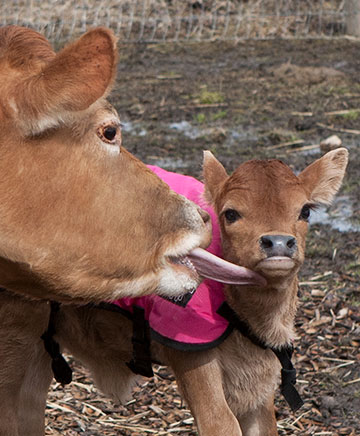 Today, I took a virtual vacation to Wonderland.

All I had to do was step through a looking glass …

my computer monitor, that is.

And the most wondrous thing about this Wonderland

is that it is as real as you and me,

a fabulous nonfiction for all to see … 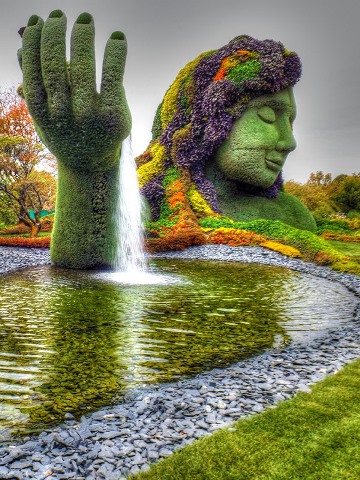 Welcome to the Montreal Botanical Garden in Quebec, Canada, founded in 1931, where extraordinary thematic gardens make even the virtual visitor feel as if she is walking through a dream. 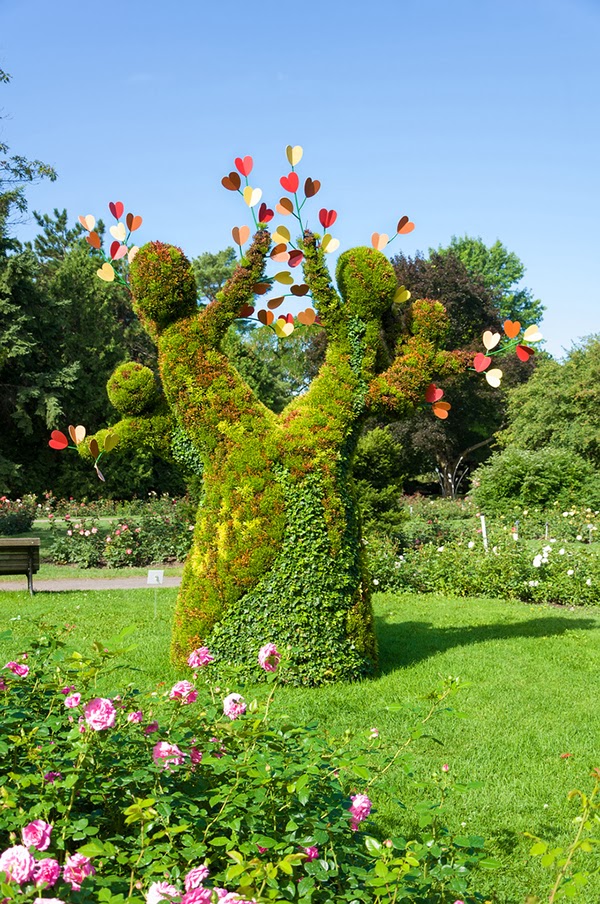 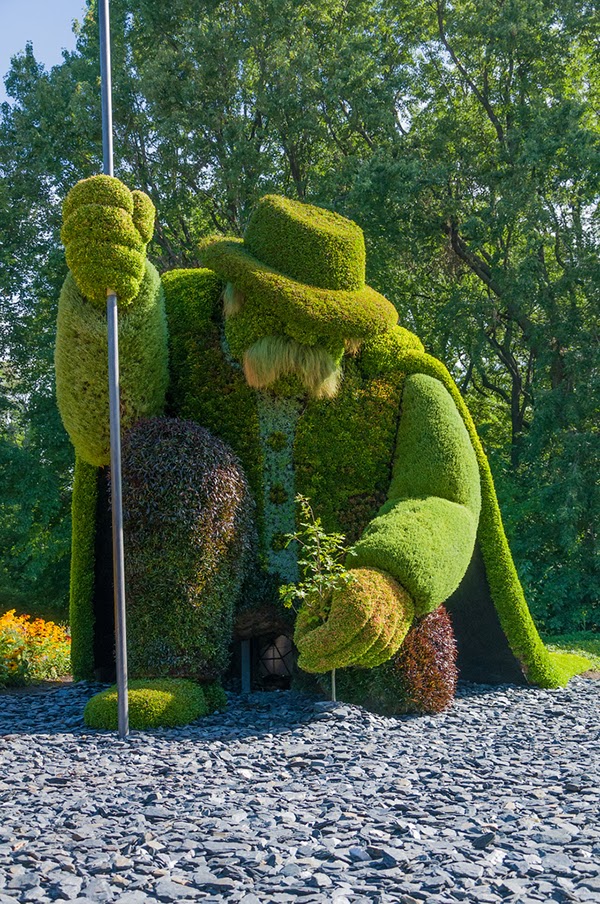 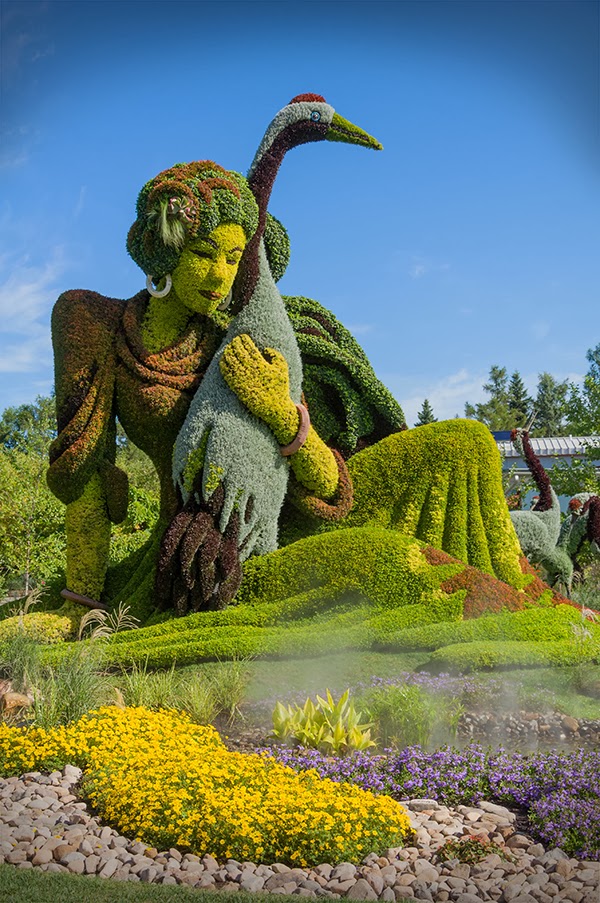 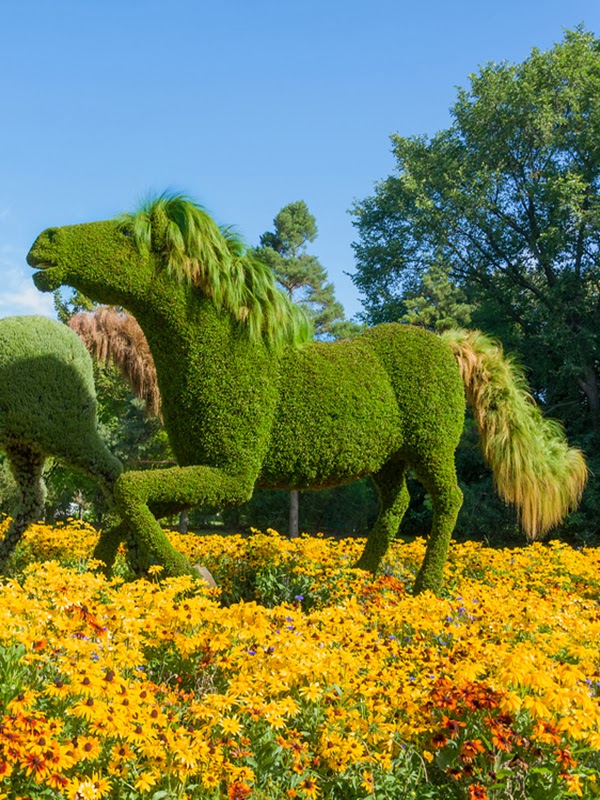 Daniel and Mirra of The Perennial Plate were researching fascinating food stories to investigate during their trip to Mexico, and they encountered multiple people with the same recommendation:

Speak with Amado Ramirez Leyva of the Itanoní Tortillería in Oaxaca.

Amado, they said, is the corn guru. 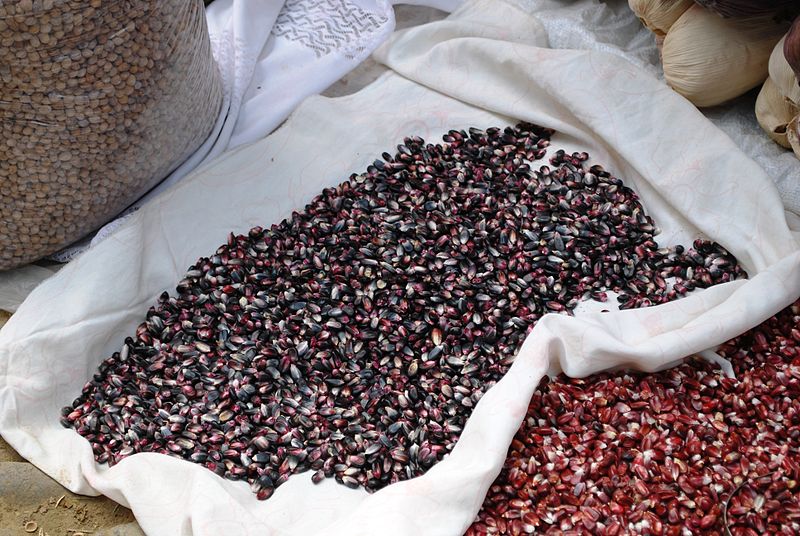 Renowned chef Rick Bayless is one of those who revere him. “Amado Ramirez Leyva believes that corn, domesticated some 9,000 years ago in Mexico, is the basis of Mexican culture,” says Bayless’ website. “From championing the protection of ancient varieties, to cooking and grinding it into masa for tortillas, Amado just might be the corn guru of Oaxaca.”

Daniel was intrigued. “His restaurant serves only the most traditional of Mexican foods, showcasing the various organic corns, harvested by local Oaxacan farmers in their purest form. But beyond the taste of history and tradition, Amado brings a poetic truth about the power of this ancient grain.”

Watch the resulting video, “The Flower of Corn,” and feel your appreciation for this golden … well, rainbow colored … grain bloom anew.