Abe’s Market, an online organic and natural products retailer, has come out with a new ad campaign that’s raising eyebrows … and getting them noticed. The new campaign, called “Dishing Dirty: The Filthy Truths of the Modern Woman,” pairs a photo of a woman, often in ’50s fashion, with a witty headline like “Toxins … I’m saving those for my cocktail,” and a factoid/commentary like “Women are exposed to an average of 128 unique chemicals daily through use of approximately 12 skin-care products. Isn’t it almost better to go out naked?”

Here are a few samples to tickle your funny bone: 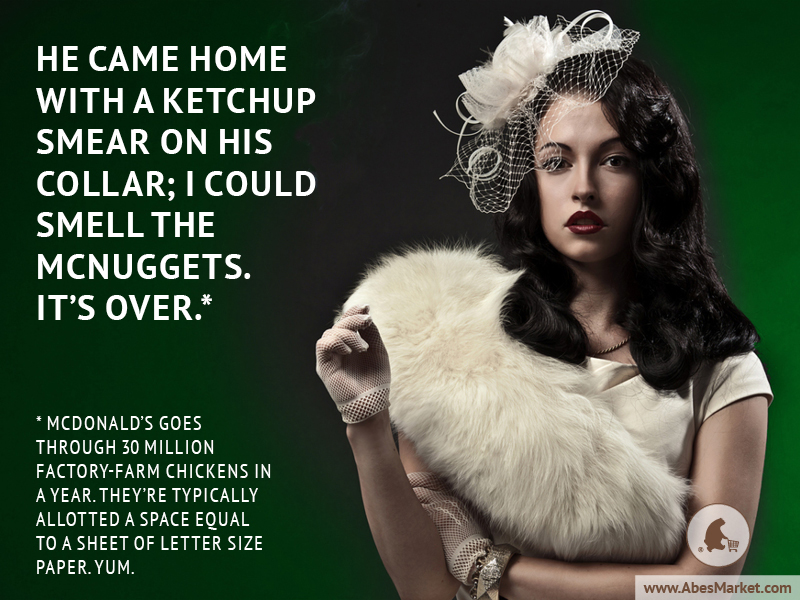 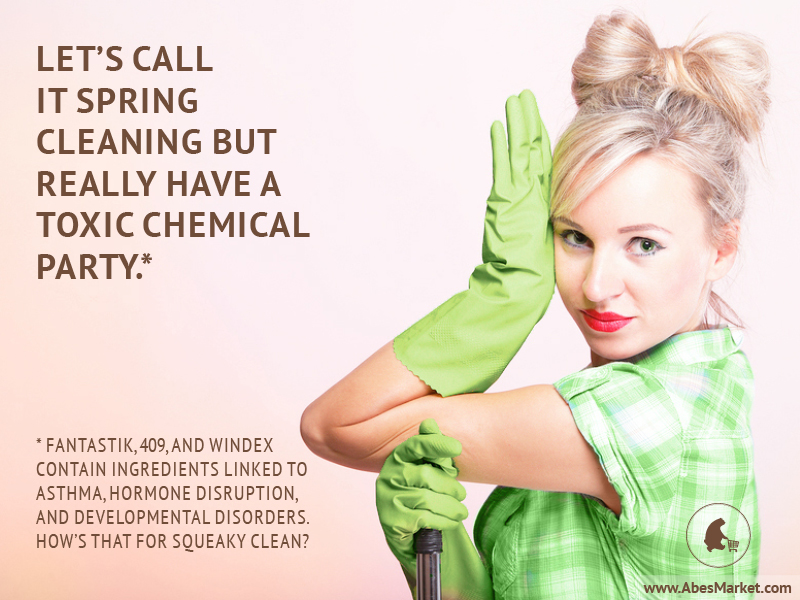 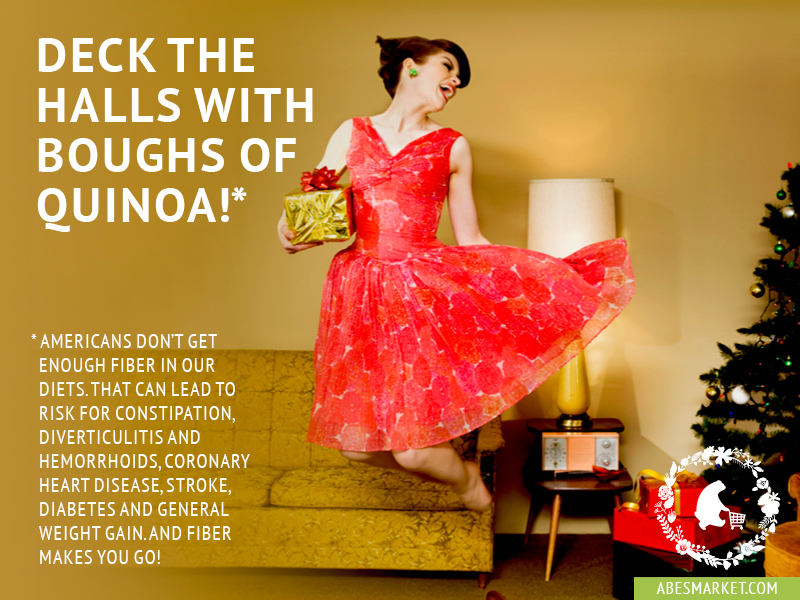 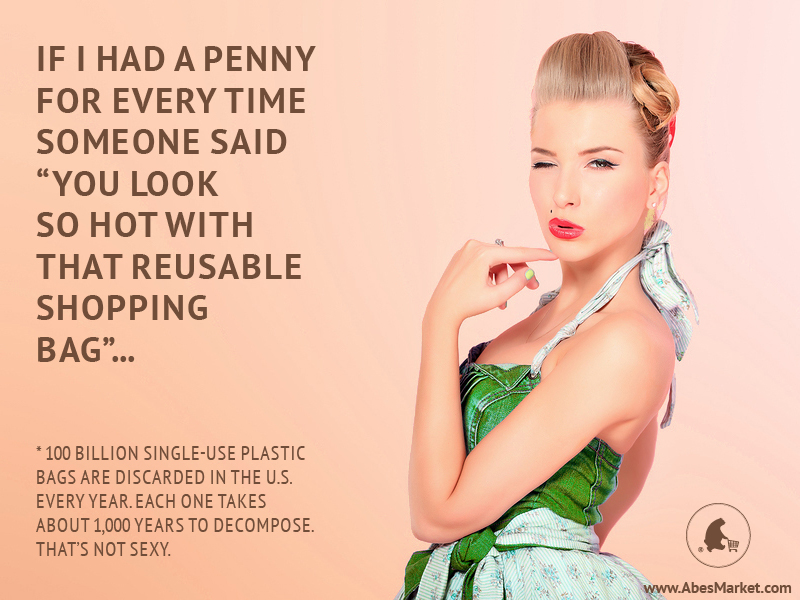 Abe’s plans to upload a new ad weekly. Get your weekly dose of fun and facts here.

To gel or not to gel?

Before we knew about the unsavory animal origins of traditional gelatin (a gelling agent made from boiling the skin, tendons, ligaments, bones, and even hooves of cows, pigs, or horses), we might have picked up a box of Safeway’s “Jell-well” gelatin dessert. 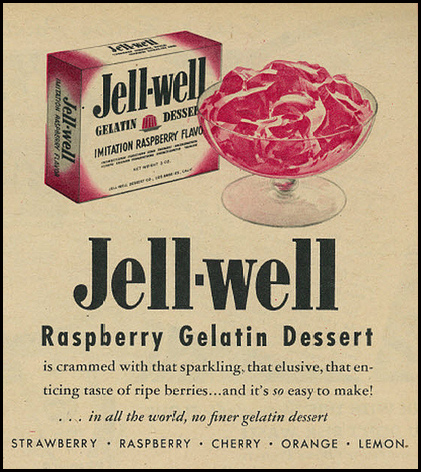 Savvy shoppers now choose to use my innovative ChillOver Powder—it’s vegan, but ends up like gelatin, sets up in half the time gelatin does, seals in flavors more quickly, and doesn’t melt at room temperature. (It’s fantastic for making jams, far superior to pectin, etc.)

But being a Utah native, where residents eat twice as much gelatin as anyone else on the planet and a staple of every community potluck was “gelatin salad”—a concoction of lime gelatin with grated carrots and celery trapped inside, topped with Miracle Whip—I’m genetically inclined to wax nostalgic about all things gelatin. 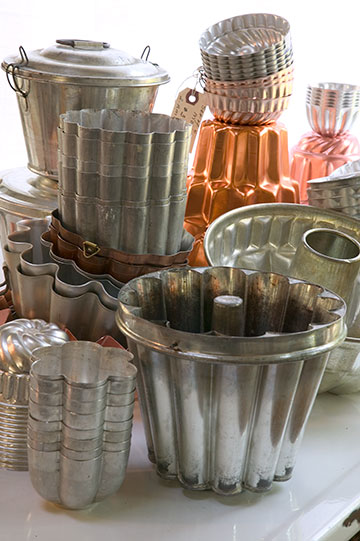 … and decorating with them: 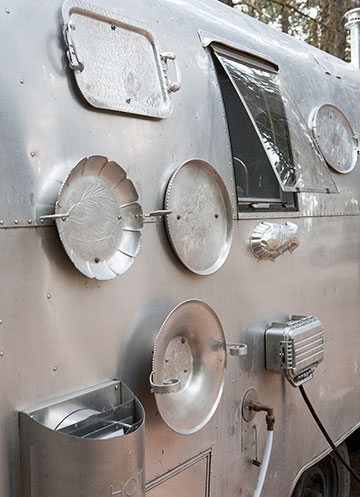 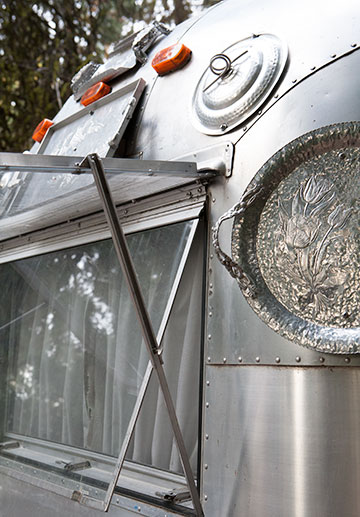 And, if you have any idea of how hard it is to choose and trademark a product name (I was once told I couldn’t use my own name on my magazine because of Mary Jane candies (read more about them here) and Mary Jane and Friends bread, a southern grocery-store brand), you’ll know I was amused to learn this bit of trademark history:

In 1927, when Jell-well tried to stop Jell-X-Cell from using that name as a trademark, they were overruled by provisions of the “Trade-Mark Act,” which forbade registration of words or devices “which are descriptive of the goods with which they are used, or of the character or the quality of such goods.” In the case, the judge ruled that “One of the prime objects and indispensable qualities of the substance is that, when it is changed by manipulation and the addition of water into a form available for use as an edible substance, it must ‘jell.’ To my mind, the words are so plainly descriptive of a natural and necessary quality of the concoction as to relieve the question of any doubt whatsoever.” He went on to say, “With the whole field of possible coinage before them, it is strange that merchants insist upon adopting marks that are so nearly descriptive.”

I was finally able to trademark MaryJanesFarm by removing the apostrophe and smooshing it all together in one word, thereby stylizing it and making it a recognizable logo instead of merely a name. (Important life lesson: If you’re persistent and imaginative, there are usually ways around the “rules.” It helps to be a Taurus—we’re known for our persistence, sometimes called “stubbornness.”)

If you’re gaga for the good old days of gelatin schmaltz too, how about this retro kitsch t-shirt from Zazzle.com? 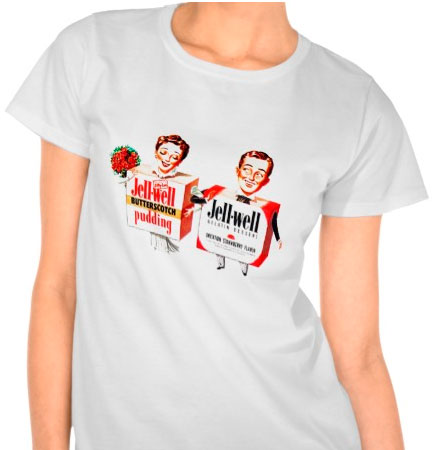 Or this morsel of Utah lore:
Utah residents like gelatin so much that when Utah hosted the 2002 Winter Olympics in Salt Lake City, one of the official pins was a green gelatin jiggler in the shape of the state.

Or this fun appearance of gelatin in the movies:
In the 1959 movie, Some Like It Hot, Jerry, played by Jack Lemon, says with awe when watching Sugar Kane Kowalczyk, played by Marilyn Monroe, “Will you look at that! Look how she moves! It’s like Jell-O on springs. Must have some sort of built-in motor or something.”

Comment below with your favorite gelatin anecdotes … and tell me how you like my non-gelatin ChillOver Powder!

With the kids back in school, I’m wondering if you heard my big sigh of relief? It was awesome to have enjoyed a wonderful summer focused entirely on them, but I look forward to getting back into the school routine. Even so, as a mom, I think it’s impossible not to miss them and wonder if they’re eating their lunches and hope they aren’t skinning their knees on the playground, etc.

Looking for a good distraction, my best girlfriend and I saddled up her SUV and went for a drive. 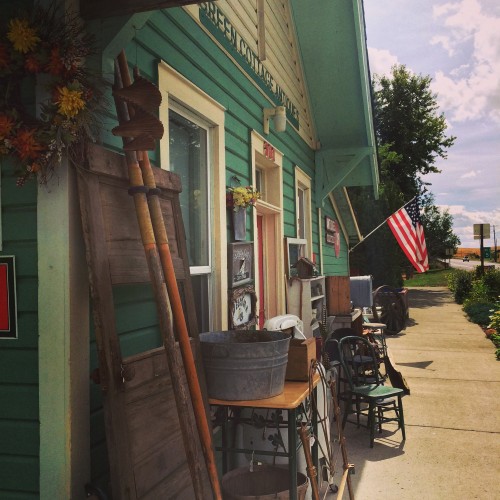 Doesn’t this just make you smile? Especially when you find the sweetest owner inside and she just happens to be canning peaches in a kitchen attached to her antique shop. Of course she was! Even better, she had a faded Wave If You’re A Farmgirl bumper sticker on her door. And, of course, I found the perfect cast-iron Christmas tree stand (in August). 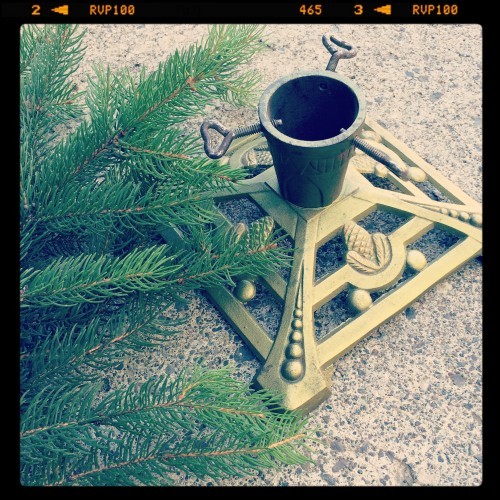 Feeling all sunshine-y and wonderful, we hit the road again and happened upon a sunflower field. We don’t really have sunflower fields around here, so this required us to stop and jump the creek for a selfie. Is it still called a selfie if your BFF is in it, too? 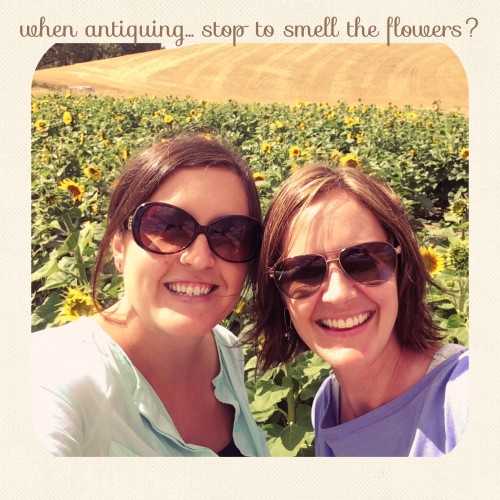