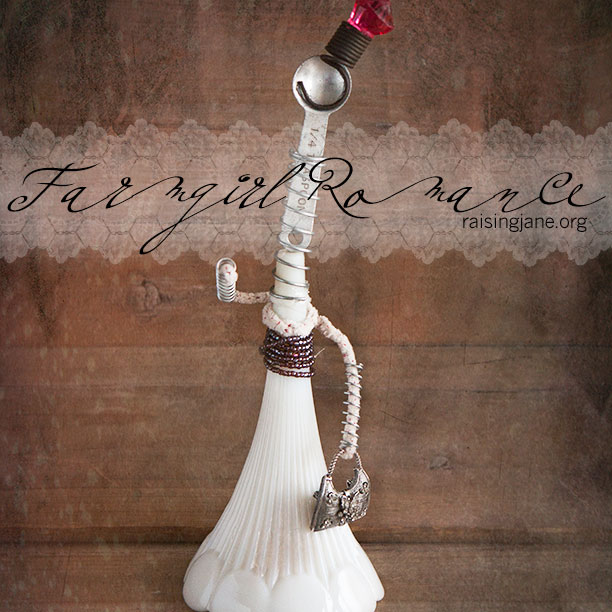 The adorable, always humorous MBA Jane is my way of honoring our Sisterhood Merit Badge program, now with 6,102 dues-paying members who have earned an amazing number of merit badges so far—8,722 total! Take it away, MBA Jane!!! MJ

For this week’s Stitching and Crafting/Nellie Will-Do Intermediate Level Merit Badge, I was excited to kill two birds with one stone, figuratively speaking, naturally. The first bird: earning a new Merit Badge with my crafty, sewing skillz. The second bird: bulking up my fashionista closet. 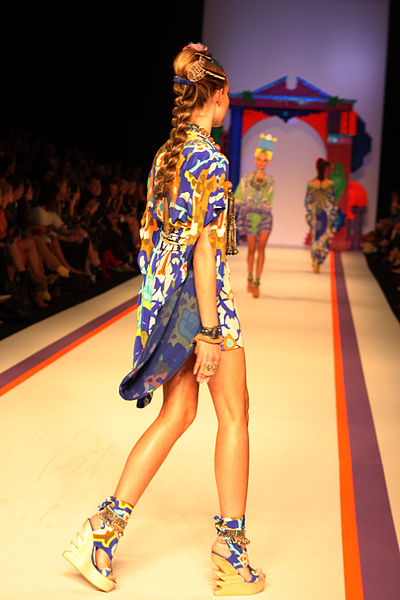 Now those are two things I can get behind. Can I get an Amen?

I’d been hearing a lot about re-fashion. Like up-cycling, and re-cycling, you might say, but this type of doing good for your planet makes US look good, too. Win, win! How can you, too, earn this badge and look at clothing differently? I’m so glad you asked.

Who knew, am I right? The possibilities are fantastic, and so is the fashion! 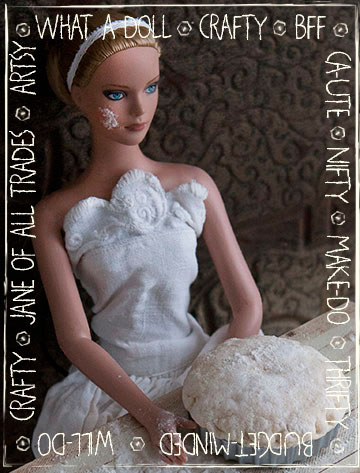 My featured Merit Badge Awardee of the Week is … Kristie Bulla!!!

Kristie Bulla (#3679) has received a certificate of achievement in Each Other for earning a Beginner Level Farmgirl Gratitude Merit Badge!

“My mom had sent me a seriously blinged-out blank journal with my initial on it. This thing was so silly and shiny and sparkly, it made me giggle. I didn’t know what I would do with it until I read through some of the merit badges and saw the part about keeping a gratitude journal for the Farmgirl Gratitude badge. How perfect!! I was not in a position to purchase The Book of Awesome, but I did read a lot of entries from the Amazon site, and I read from www.1000awesomethings.com when I ran out of things to read from my first source.

On the day I started working on this badge, our oldest dog, Dakota (our practice kid right after we got married), passed away. Although heartbreaking, I was able to find a gift in that he went peacefully in his sleep with no suffering. Just last week, my purse was stolen while shopping with the kids, and I was yet again able to find the gifts and lessons in that less-than-positive experience. I think actively focusing on gratitude really helped me through both scenarios and then some.” 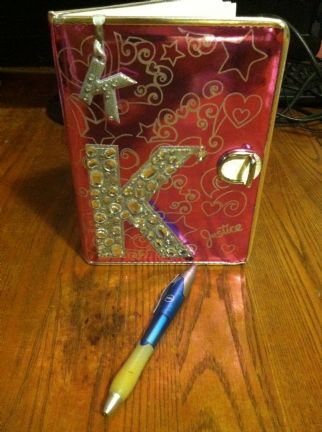 My featured Merit Badge Awardee of the Week is … Linda Van Ausdell!!!

Linda Van Ausdell (#4347) has received a certificate of achievement in Cleaning Up for earning an Intermediate Level Recycling Merit Badge!

“I have been recycling for many years. When we had our kitchen redone, I put in a recycling center. I take my recycling every 2 weeks or so, and we only take in one garbage bag a week.

I works great and I don’t mind the extra time it takes. It’s worth it.” 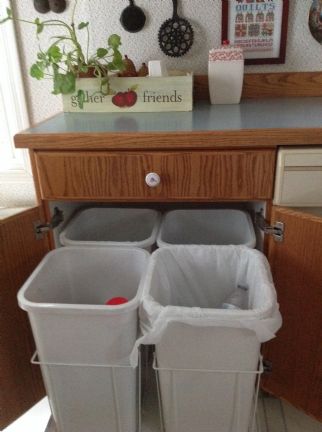 My featured Merit Badge Awardee of the Week is … Sherrilyn Askew!!!

Sherrilyn Askew (Sherri, #1350) has received a certificate of achievement in Make it Easy for earning a Beginner Level Make It! Merit Badge!

“I obtained a used toolbox on wheels, cleaned it up, and stored my tools inside, making sure I labeled the drawers with the types of tools within.

I also made a planter out of cedar. 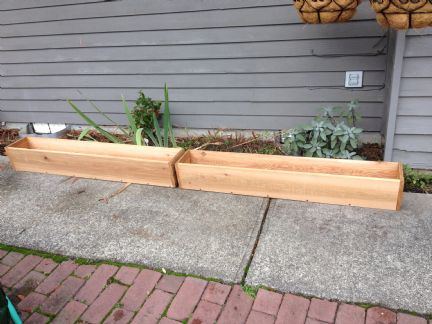 Having the tools on wheels is very handy, as projects are often done based on space available.

I also learned that cedar is a soft wood that will split if you put the screws in too deep, but the drill has speed settings. Once I slowed the drill down, things went much better. (Drilling holes first did not stop it from splitting.)

My daughter and I made the first one together, then I made the second one. I am going to line them both with plastic, then plant my garlic in them.”

This week, I was thrilled to get a box from my dear friend and fellow farmgirl April Choate (Sister #658, sonshine4u). Enclosed were supplies for a project, a video CD, and the following handwritten letter:

I’m sitting on the floor in my craft room, buried by my current project of making aprons. It’s a glorious place to be! Thread bits and fabric cuttings, hissing iron and shiny shears. I’m having a blast!

The reason I’m writing has nothing to do with aprons, but it does have to do with being a farmgirl. You see, I have had this special project in various stages for over a year. In fact, I was inspired a month after I saw you in Kansas. Anyway, I finished it and can now share it with you.

I made a video tutorial for you, and have some of the supplies for you in the package. The rest, I’m pretty sure you’ll have around the farm. Open the package to find out what the fun is!

I first met April a few years back when I was asked to be the keynote speaker at the Creative Connection Event in Minneapolis. After the event, Megan and I took a hired car and drove for about 45 minutes to April’s house, where she hosted a farmgirl chapter get-together that included Farmgirl Beer served by her husband! (I had no idea there was such a thing so I brought my bottle home in my suitcase.)

Here’s a video of the festivities. (But don’t get distracted from making it all the way to the bottom of this post to watch April’s surprise video:)

We met up again in 2013 when April hosted a Glampin’ Farmgirls on the Loose event that fell on the weekend of my birthday. I like to say I celebrated my 60th the best way possible—with my Sisters! (Read about that here and here.)

And now … here is April’s farmgirl genius video so you can see what all the henquarters cackling is about.

My featured Merit Badge Awardee of the Week is … CJ Armstrong!!!

CJ Armstong (ceejay48, #665) has received a certificate of achievement in Cleaning Up for earning an Expert Level Home Insulation Merit Badge!

“Our home is not in need of different or replacement insulation. We have, however, replaced weather stripping around doors due to sun damage or because our former cat tore it all to pieces.

My sister, who is handicapped, and her hubby built a nice enclosed sun porch on their house and I assisted in installing the insulation in the ceiling and around the windows and doors in that room. I’m envious of this room, as it’s wonderful.

I have also assisted my daughter in utilizing curtains, blinds, etc. in her home to help insulate. She lives in the Arizona desert, so the main thing there is the blazing, three-digit, summer heat.

It’s always good to reassess insulation issues over time due to things wearing out, etc.

I’m glad our house is still in “good shape” regarding insulation in the walls, ceiling, and floor and we have insulating “honeycomb” blinds on all the windows, which makes a huge difference.”