Here’s what Carol had on her computer screen this week … just had to share! 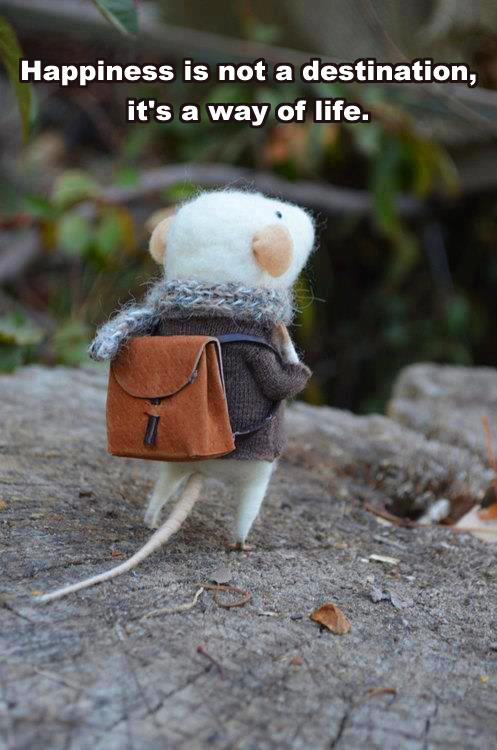 END_OF_DOCUMENT_TOKEN_TO_BE_REPLACED

What, you didn’t know?

You mean to tell me you’ve never properly celebrated this upcoming important holiday? 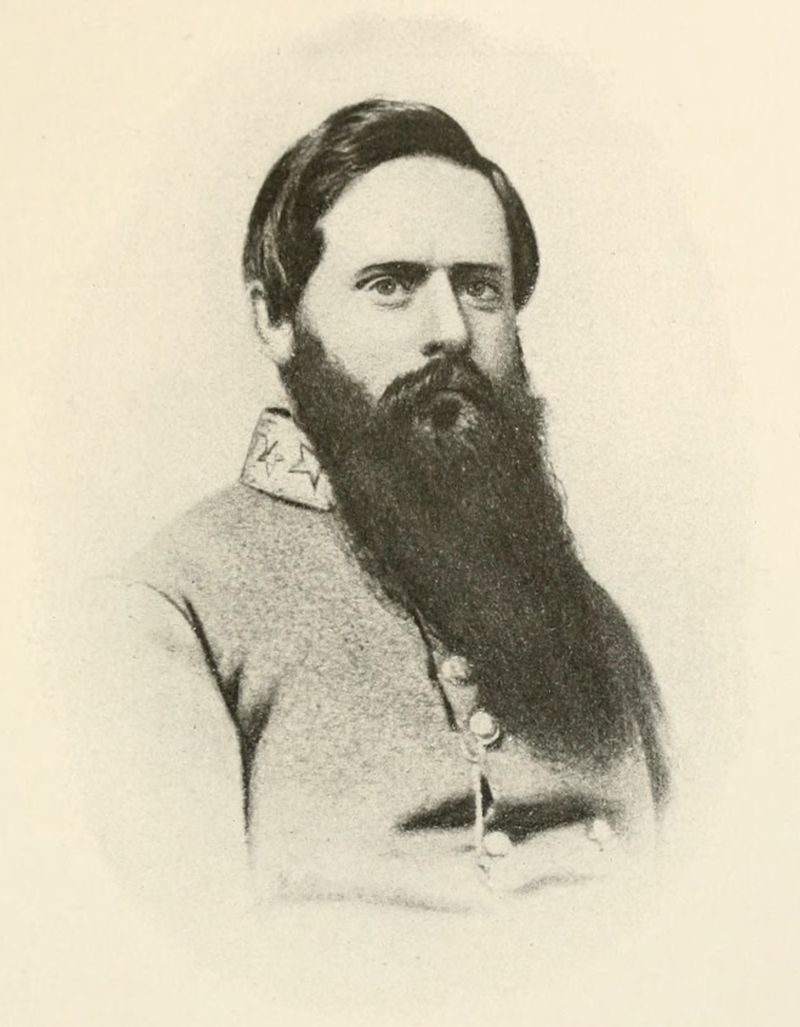 That’s okay, I forgive you. But in order to show proper penance, I’d like to you to memorize these whisker-ocious facts (and maybe post a photo in the comments of the most highly groomed bearded man in your life). 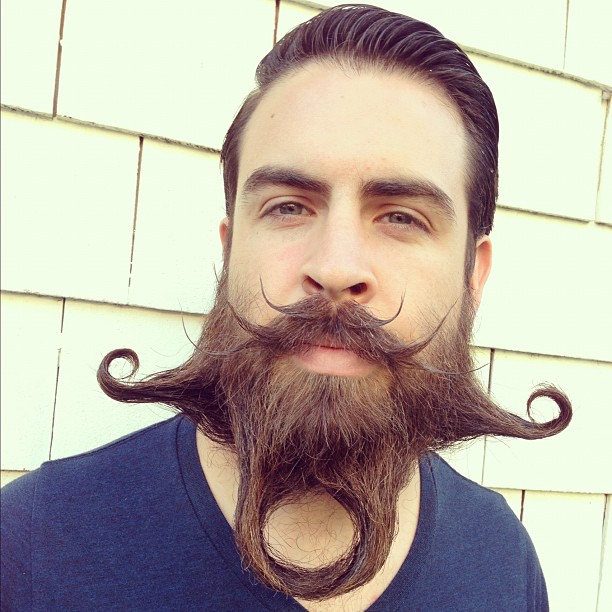 If you or the significant other in your life can’t quite wrap your brain around (or can’t quite grow) a fully impressive set of whiskers, perhaps a mustache is the place to start. He can even participate in the highly competitive The World Beard and Mustache Championships, located this upcoming September in Northern California. There are all sorts of categories to sign up for, from the humble Dali Mustache to the Imperial and the Freestyle Goatee. Check out these past winners and prepare to be inspired by follicle greatness!

Whatever your preference, opinions about facial hair are varied and sometimes quite amusing. Check out these quotes about the fabulous beard:

“I have the terrible feeling that, because I am wearing a white beard and am sitting in the back of the theatre, you expect me to tell you the truth about something. These are the cheap seats, not Mount Sinai.” ~ Orson Welles

“I will never shave off my beard and moustache. I did once, for charity, but my wife said, ‘Good grief, how awful, you look like an American car with all the chrome removed.” ~ Rolf Harris

“A man’s face is not a rich person’s lawn; you are wasting resources if you devote that much energy to trimming your beard, sideburns, or mustache just so. Nor is a man’s face the woods; there need not be the tangled weeds, shrubbery, and wildlife/eggs benedict that get ensnared in them.” ~ Ellie Kemper

“A decent beard has long been the number one must-have fashion item for any fugitive from justice.” ~ Craig Brown

“Kissing a man with a beard is a lot like going to a picnic. You don’t mind going through a little bush to get there!” ~ Minnie Pearl

Well, have I convinced you? Raise your pint of ale high to this most manly of all holidays. (And be prepared to share your styling gel. Just sayin’.)

None of the men in my family are sporting beards this summer, but the ear of fresh sweet corn I had last night for dinner had a kind of beard … 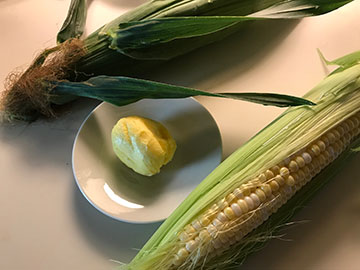 and my bees are “bearding” (forming “beards” on the outside of the hive during hot weather to keep the hive from overheating). 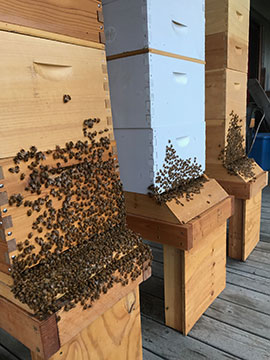 END_OF_DOCUMENT_TOKEN_TO_BE_REPLACED

If you’re a fan of argan oil in your skin-care routine, I have a bit of historical (er, biological?) trivia for you. 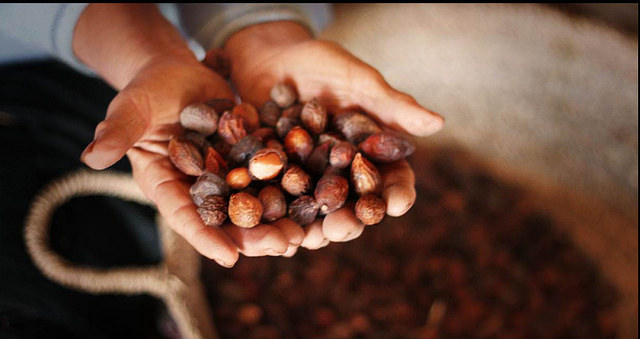 Seeds that are gathered by … goats. 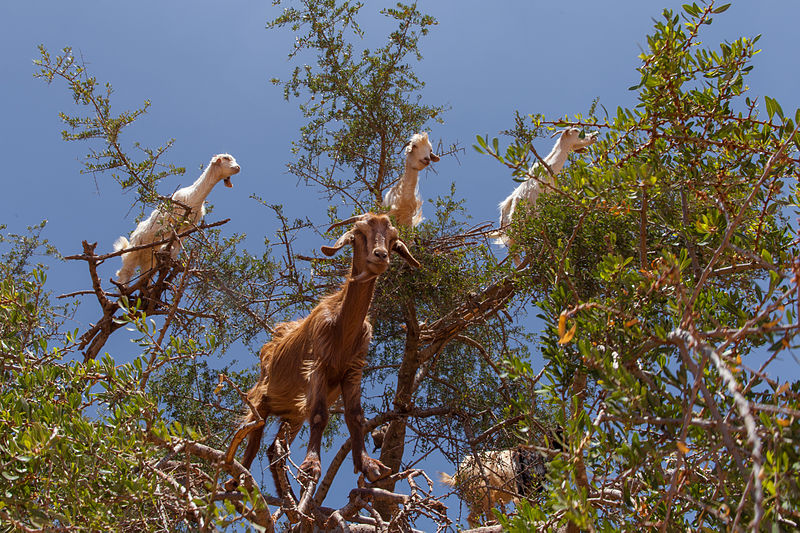 But there’s no technological trickery at work here.

These goats do defy gravity, and while they are loping about in the limbs of trees, they eat argan seeds.

Can you see where I’m going with this? (Just be glad you get your argan oil from a bottle.)

Here’s the history of argan oil, in a nutshell, according to Michael Graham Richard of Mother Nature Network:

“Argan oil is quite popular these days in skin- and hair-care products, but this is nothing new. Indigenous Berber tribes in the region actually did something similar, though they didn’t get the argan oil out of a bottle that they bought in a store; goats would climb up argan trees and eat the fruits, swallowing whole the core, which looks a bit like an almond.” 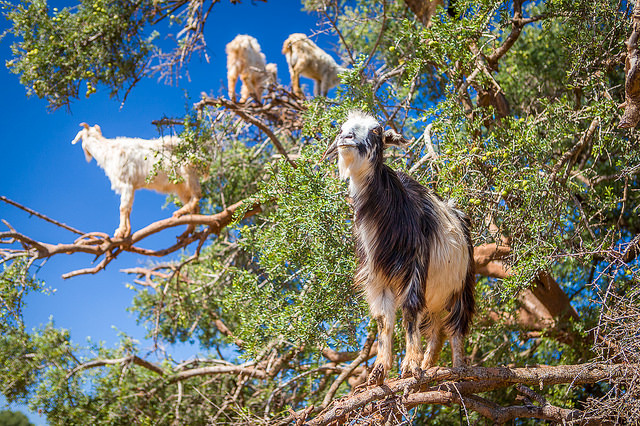 Okay, we’re all caught up to that point, so …

“This nut would pass through the goat’s digestive system and end up in goat droppings, where it would be collected. To get at the oil inside, you would then have to crack it open with a stone, and grind the seeds inside. The resulting oil was then used for cooking and as a skin treatment.” 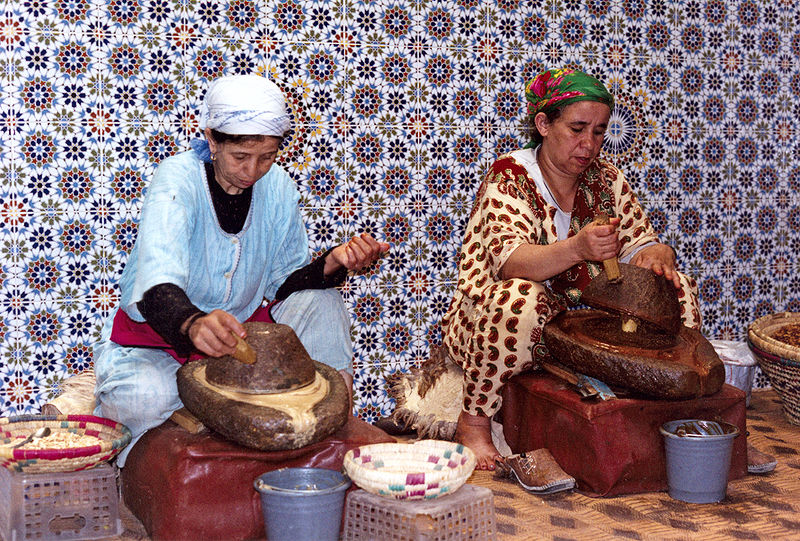 Photo by Chrumps via Wikimedia Commons

As with so many modern manufacturing practices, the middlemen (middlegoats?) have been cut from the process of processing argan oil, but that doesn’t stop them from climbing trees to eat seeds.