Ready for a good cry?

You know I’m passionate about transforming waste into wonder,

and left me with tears streaming down my face.

It begins in Cateura, Paraguay, a shantytown that’s built upon a landfill where the water supply is dangerously polluted and rains bring floods of refuse.

More than 1,500 tons of solid waste arrives each day, according to UNICEF, and Cateura’s 2,500 families, young and old, survive by separating the garbage underfoot for recycling.

And yet, amid squalor beyond most Americans’ comprehension, beauty is blooming from the most unexpected places …

An old coffee can.

“A violin is worth more than a house here,” says Favio Chavez, director of the Landfill Harmonic.

A few years ago, one of the garbage pickers, “an untutored genius of the slum,” joined forces with Chaves, a local musician, to make instruments for the children of Cateura using what they had—trash.

Like magic, violins and cellos emerged from oil drums,

and garbage-picking kids were transformed into musicians.

The Recycled Orchestra was born.

As the dream continues to flourish in the hearts of blossoming musicians, the orchestra is beginning to take tours around the world, stunning audiences with the quality of music that can be produced from “waste.”

At the same time, filmmakers are working on a new documentary, due to be released in 2014, which tells this tale of trash and treasure. Take a peek:

In the coming month, Landfill Harmonic is trying to raise over $113,000 to support their ongoing effort and complete the film. If you’d like to help make it happen, visit their Kickstarter page to pledge as little as a dollar. 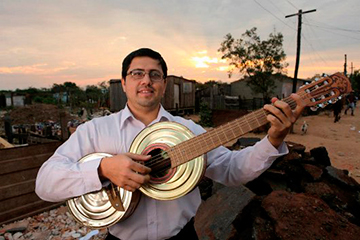 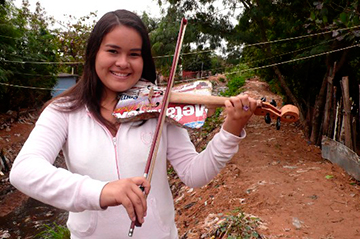 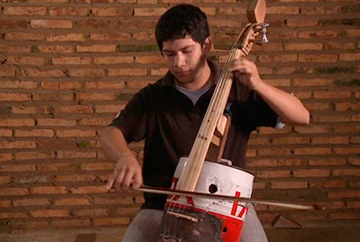 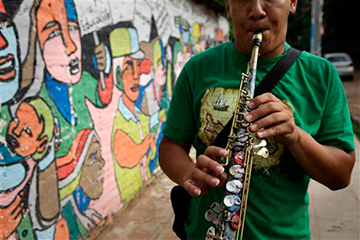