(n.) Finnish; that secondhand embarrassment you feel when someone is making a fool of themselves, vicarious shame, or shame by proxy. From myötä- (“co-”) +‎ häpeä (“shame”).

For some with deep empathy, their myötähäpeä is so acute as to hide under the covers during movies or television scenes when a character is being ridiculous, or to avoid parties where certain relatives are bound to make an embarrassing entrance.

If you’ve never felt it, you probably haven’t had kids yet … 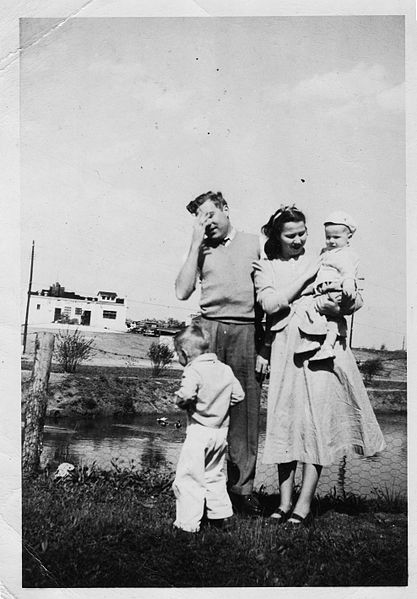 END_OF_DOCUMENT_TOKEN_TO_BE_REPLACED

(n.) The practice of responding to an accusation by making a counter-accusation, real or imaginary, relevant or irrelevant. Protesting at hypocrisy; responding to criticism by accusing one’s opponent of similar or worse faults. Protesting at inconsistency; refusing to act in one instance unless similar action is taken in other similar instances. 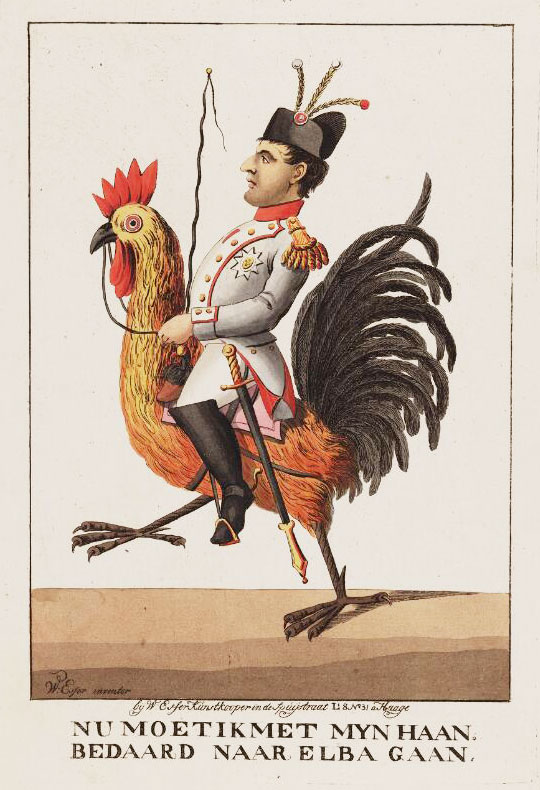 Image, W. Esser, Bodleian Libraries via Wikimedia Commons. Translation: “Now I have to go to Elba with my cock, calmly.”

etymology:
Earliest documented use: 1974. Originally used in describing political discourse during the Northern Ireland troubles, it has also found use in discussions of the origins of other prolonged sectarian conflicts, such as the Israeli–Palestinian conflict. It was widely employed by then USSR as a propaganda technique and is now often a favorite of our current president. It is also known as whataboutism. “Turbo-charged online whataboutery is destroying proper debate.” – Helen Lewis, Nov 26, 2015

“There is a cult of ignorance in the United States, and there always has been. The strain of anti-intellectualism has been a constant thread winding its way through our political and cultural life, nurtured by the false notion that democracy means that my ignorance is just as good as your knowledge.” -Isaac Asimov, scientist and writer (1920-1992)