Don’t judge a book by its cover.

Or, in this case, don’t judge a book by its author …

An author by his book?

The book: The Education of Little Tree 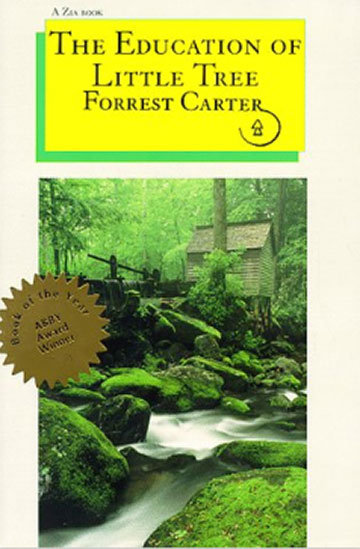 It’s the 1930s, and the Depression permeates rural Appalachia. Orphaned after his mother’s death, a young boy begins to spin the tale of his adoption by Cherokee grandparents who welcome him into their humble mountain home …

The sounds of our walking began to echo, and stirrings came from around us, and whispers and sighs began to feather through the trees like everything had come alive. And it was warm. There was a tinkle and a bobble and swishing beside us, a mountain branch rolling over rocks and making pools where it paused and rushed on again. We were into the hollows of the mountains. The half-moon dropped out of sight behind the ridge and spewed silver light over the sky. It gave the hollow a gray-light dome that reflected down on us. Granma began to hum a tune behind me and I knew it was Indian, and needed no words for its meaning to be clear, and it made me feel safe.

Dubbed “Little Tree” by his grandmother, the boy learns how to live off the land with a reverence inherent to Cherokee tradition. All too soon, though, Little Tree’s life takes a drastic turn, and he is faced with the cruelties of assimilation into white culture.

This is where the “WHAT?!” factor kicks in.

The Education of Little Tree was written by a man named Asa Earl Carter under the pseudonym Forrest Carter. It was originally published in 1976 as a true story, but it was soon revealed as fiction, and that’s where Carter’s own story began to fray. 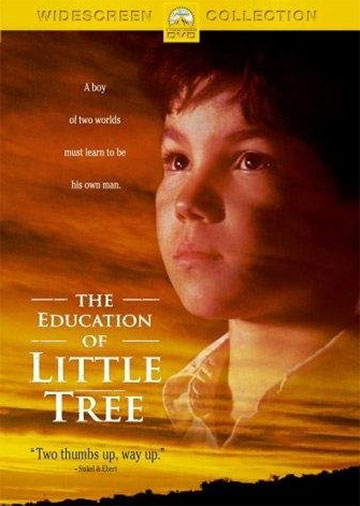 The Education of Little Tree made it to the big screen in 1997.

According to New York Times biographer Dan Carter, Asa was a far cry from the nature-loving Cherokee sympathizer readers found in Forrest: “Between 1946 and 1973, the Alabama native carved out a violent career in Southern politics as a Ku Klux Klan terrorist, right-wing radio announcer, home-grown American fascist and anti-Semite, rabble-rousing demagogue and secret author of the famous 1963 speech by Gov. George Wallace of Alabama: ‘Segregation now! Segregation tomorrow! Segregation forever!'”

Something just doesn’t add up. Asa and Forrest appeared to be at odds, polar opposites within one man’s personality. Was Carter pouring his heart out in an attempt to reveal his true identity, or was he trying to cash in on the popularity of Native American culture?

Again, the answer is up to you.

Dig deeper into the mystery of Asa Carter:

The Education of Little Fraud

The Reconstruction of Asa Carter

What do you think? Was The Education of Little Tree a case of fraud or reinvention?