Hitch your wagon to a star? 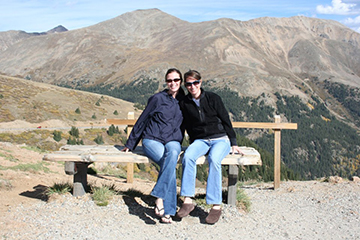 These soft-hearted sisters, originally from Georgia, both moved to Boulder, Colorado, last year—but neither could forget the plight of countless unwanted pets back home. Chamblee and Lindsay soon realized that the demand for adoptable pets in Colorado exceeded the number of strays in shelters.

Their experience growing up in the Southeast had been drastically different.

The girls grew up on a farm, where they learned the heartbreak of rescuing stray dogs and cats that were often dumped along their rural road. Chamblee channeled her empathy for abandoned pets into volunteer work for a local rescue group, and over the years, an idea began to bloom.

Her dream started coming true when her sister decided to bring her horse, a 13-year-old rescued thoroughbred gelding she had left with friends in Alabama, to Boulder. Of course, “Joey” would need to be transported in a trailer, and the sisters saw an opportunity to let other animals come along for the ride. 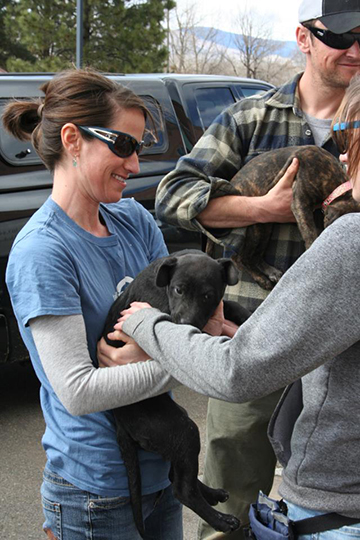 The Abernethy sisters determined that they had room for 10 cats and 12 dogs, and the Humane Society of Boulder Valley agreed to help place the animals when they arrived.

Little did they know that they would have a couple more tagalongs who were found beside the highway in Oklahoma (watch the video of their impromptu rescue on their Facebook page).

The Wagon’s maiden voyage took place in April, and thanks to a concerted social media effort and helping hands along the way, all but one of the wagon’s travelers have found homes.

The last remaining dog is a 5-year-old pit bull named Moose who had spent his life chained outside. He was transferred to the Longmont Humane Society, which agreed to provide training and help find his forever home.

It’s no surprise that the Abernathy gals are already planning the Rescue Wagon’s next mission. You can support their cause by donating through FundRazr.