We care, and we talk, and we hope.

Such is the case in Minnesota, where the fate of bees is finding its way into the hearts and actions of concerned citizens. 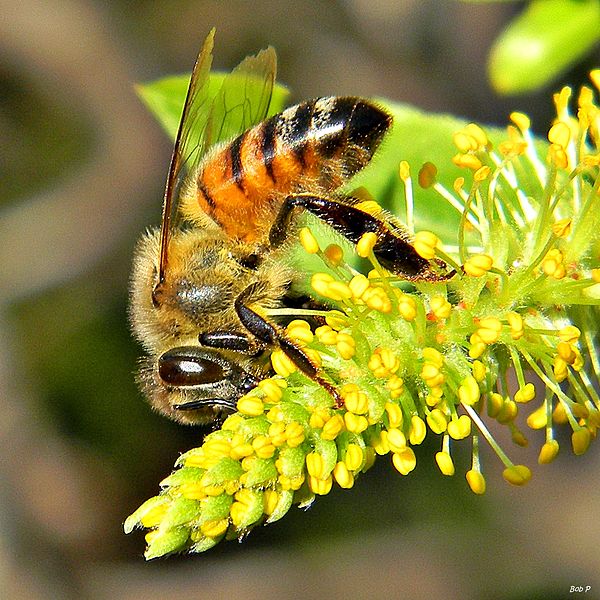 Earlier this month, beekeepers Kristy Allen and Erin Rupp set out to mobilize a public meeting. Kristy and Erin are the founders of Beez Kneez, a Minneapolis bicycle honey-delivery and bee-education group, and they were among many area apiarists who lost hives due to fungicide last fall. The chemical cause was identified by University of Minnesota bee researcher Marla Spivak.

It was time to act.

The gals sent out invitations via social media—come one, come all—to attend a meeting that would address ways to help bolster the bees.

Nearly 150 people showed up on that frigid northern night, more than twice what the donated room at a local restaurant could hold.

“I was astonished,” said Representative Jean Wagenius, who came to talk legislation. “Something is going on.”

And that “something” is catching.

In 2013, Minnesota passed a bill directing its agriculture department to come up with new guidance for farmers on preserving pollinator habitat.

“And putting the needs of pollinators in every proposal is now required for projects funded by the Lessard-Sams Outdoor Heritage Council, which will use about $100 million this year to protect or restore 52,000 acres of Minnesota forests, wetlands, and prairies,” reported the Minneapolis Star Tribune.

Additional efforts in the state include the Environmental Trust Fund’s proposal to allocate $2.25 million for 10 projects related to pollinators as well as further research, a new Bee Discovery Center at the Landscape Arboretum, and a prairie butterfly breeding program at the Minnesota Zoo.

“It wasn’t until people understood the stark relationship to the food supply and the relationship to pesticides that the wave crested,” said Bill Becker, executive director of the Outdoor Heritage Council. “People poured forth with a desire to do things.”

Here’s a great little video by Beez Kneez showing some of the good work they’re doing:

It’s never too late for resolutions, so the question is …

What can you do to help bees in the coming year?