Carol (my magazine designer) and I were marveling at the magic of moonbows the other day, and she told me that she’d seen a round rainbow while vacationing in Hawaii. That’s right—a full circle—like this one, photographed from the window of a plane … 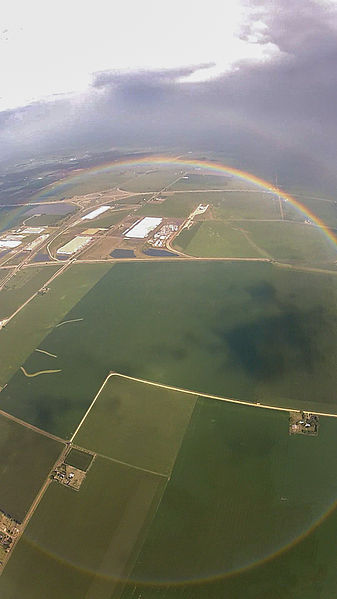 Photo by Steve Kaufman via Wikipedia

Or this one, photographed from the Golden Gate Bridge, which includes something called a Brocken spectre … 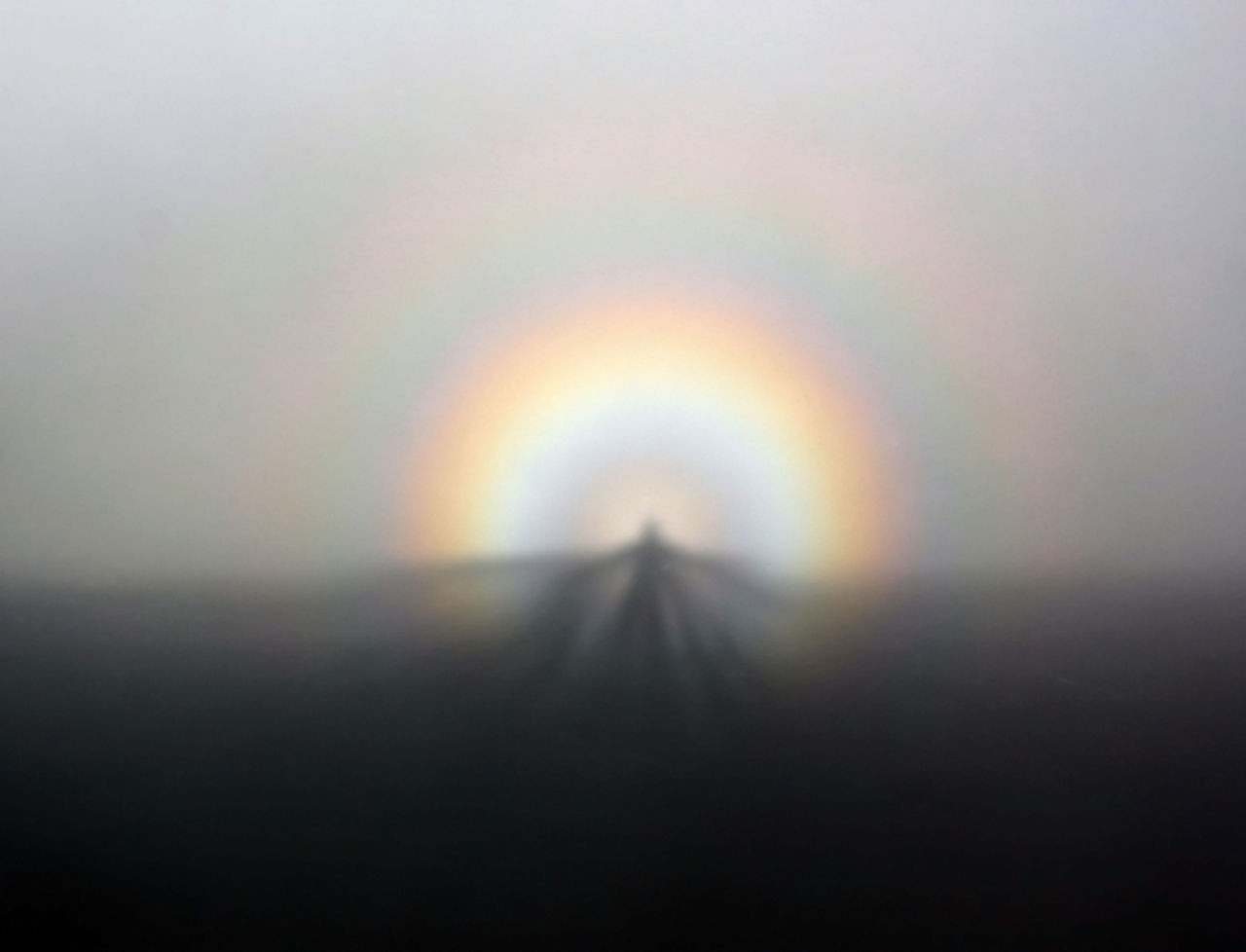 “Rainbows are both beautiful and rare, but we see more than our fair share of them in Hawaii because our mountains and trade winds combine to produce rain on the slopes of the mountains,” explains Richard Brill of Honolulu’s Star Advertiser. “Because of the orientation of the islands, it is not unusual for the low morning or afternoon sun to shine under clouds over the mountains and illuminate rain beneath the clouds.” 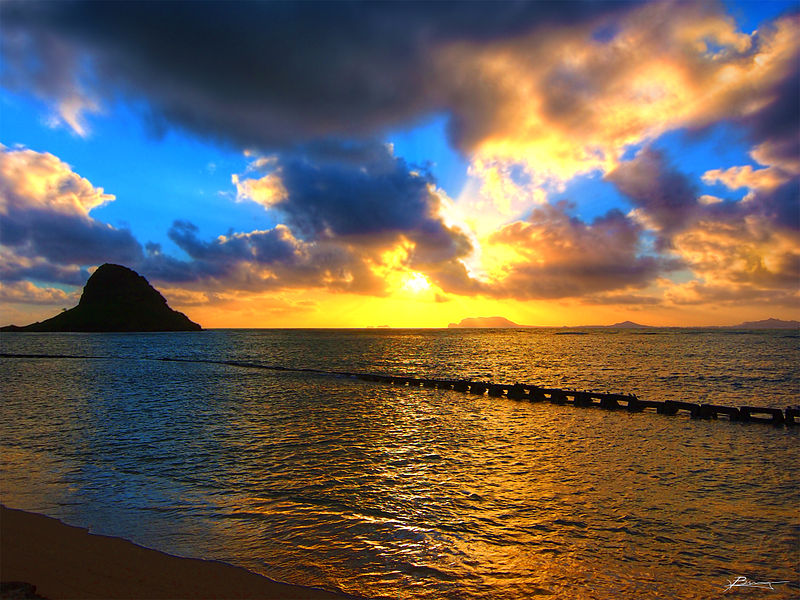 After all, Honolulu is known as the “rainbow capital of the world.”

“In theory, every rainbow is a circle, but from the ground, only its upper half can be seen. Since the rainbow’s center is diametrically opposed to the sun’s position in the sky, more of the circle comes into view as the sun approaches the horizon, meaning that the largest section of the circle normally seen is about 50 percent during sunset or sunrise,” Wikipedia informs. “Viewing the rainbow’s lower half requires the presence of water droplets below the observer’s horizon, as well as sunlight that is able to reach them. These requirements are not usually met when the viewer is at ground level, either because droplets are absent in the required position, or because the sunlight is obstructed by the landscape behind the observer. From a high viewpoint such as a high building or an aircraft, however, the requirements can be met and the full circle rainbow can be seen.”

But, wait … you can actually create your own mini version of a full-circle rainbow with the mist from an ordinary garden hose (you don’t even have to be in Hawaii to do it).

Give it a try!

You may remember me telling you about Bird Song Hero, and online game that helps you learn to identify the cheeps and tweets you hear in the trees outside your window.

Well, the ever-clever “birdbrains” at the Cornell Lab of Ornithology have now teamed up with the Visipedia Computer Vision Group at Cornell Tech to bring us the Merlin Bird Photo ID, a website that can identify 400 of the mostly commonly encountered birds in the United States and Canada using photographs uploaded by bird watchers. 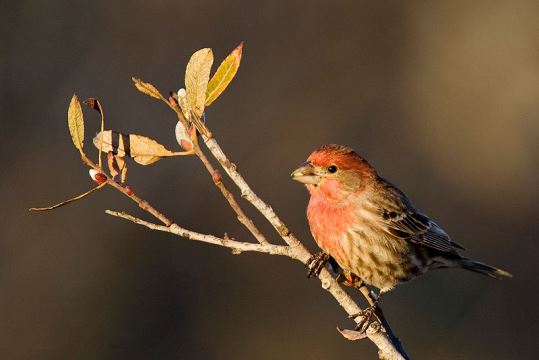 “It gets the bird right in the top three results about 90 percent of the time, and it’s designed to keep improving the more people use it,” said Jessie Barry at the Cornell Lab of Ornithology. “That’s truly amazing, considering that the computer vision community started working on the challenge of bird identification only a few years ago.”

Here’s how it works:

You upload a photo of a bird and provide the location where the photo was taken. Next, you draw a box around the bird using your mouse and click on its bill, eye, and tail.

In a flash, Merlin scours thousands of online images and more than 70 million sightings recorded by bird enthusiasts in the eBird.org database and offers you a short list of possible species.

When you identify your species and click “This is My Bird,” Merlin will save your record to help improve future performance.

Give it a try at Merlin.AllAboutBirds.org. 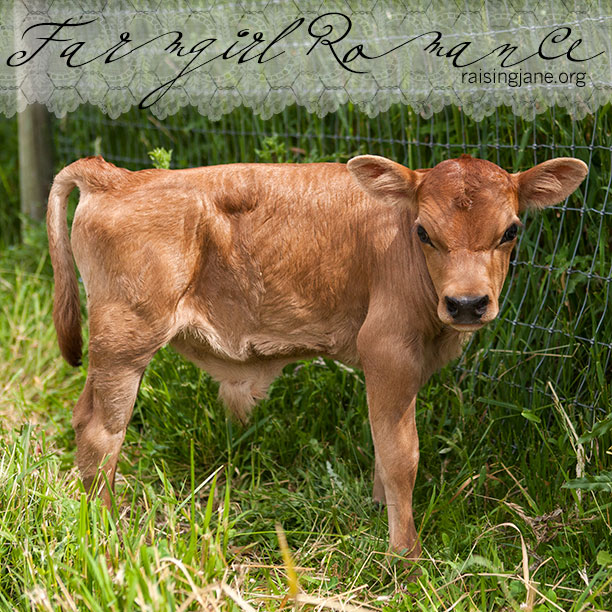 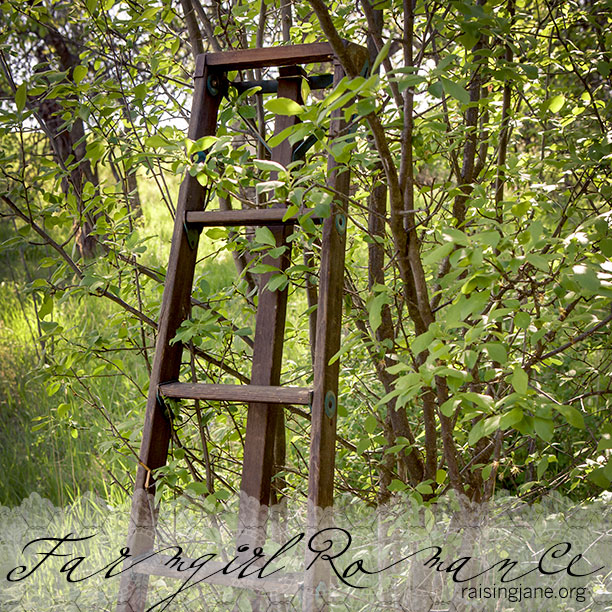 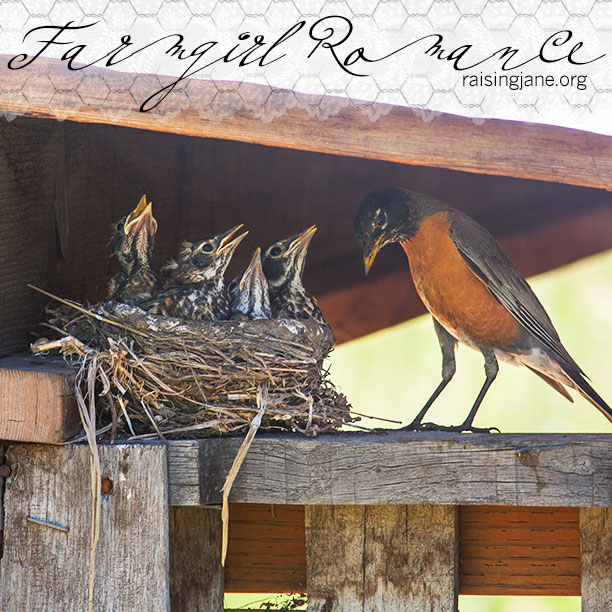 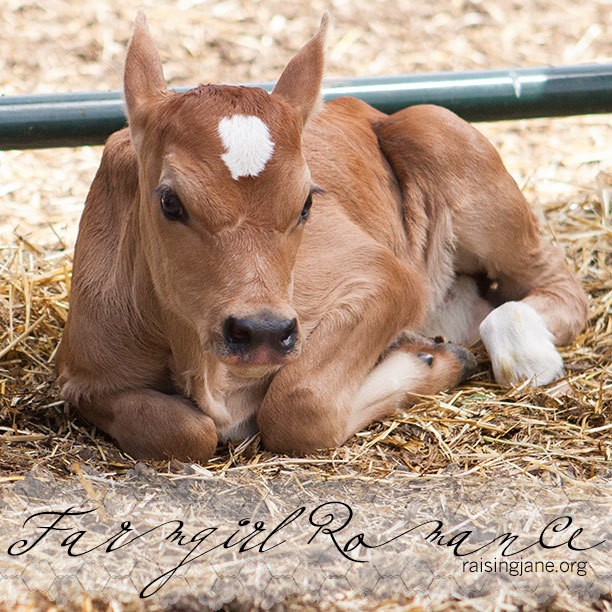 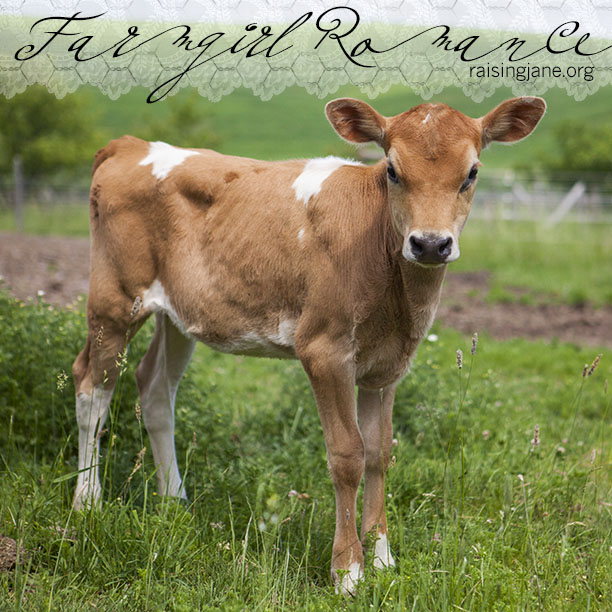 Are you in the market for some HOT property?

(Play along with me here).

There’s a woman in Spain who has a sizzling deal for you. 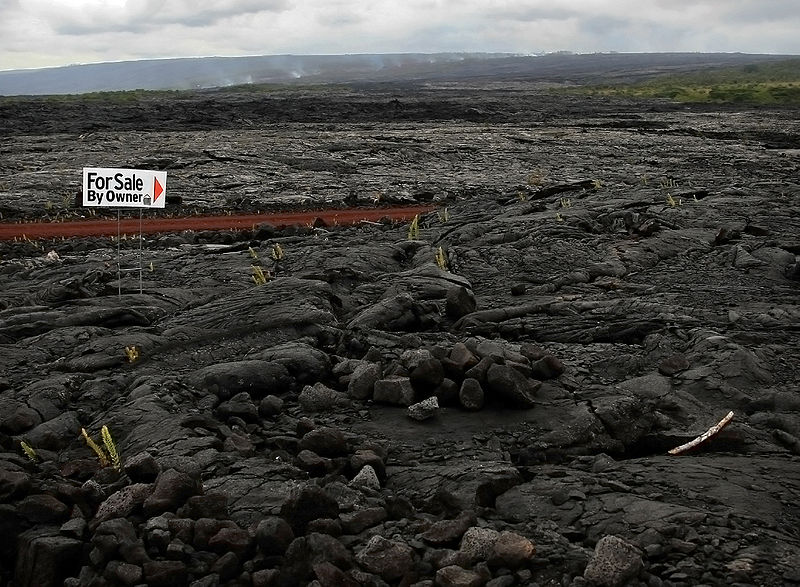 Maria Angeles Duran of Madrid, age 54, is subdividing the sun. 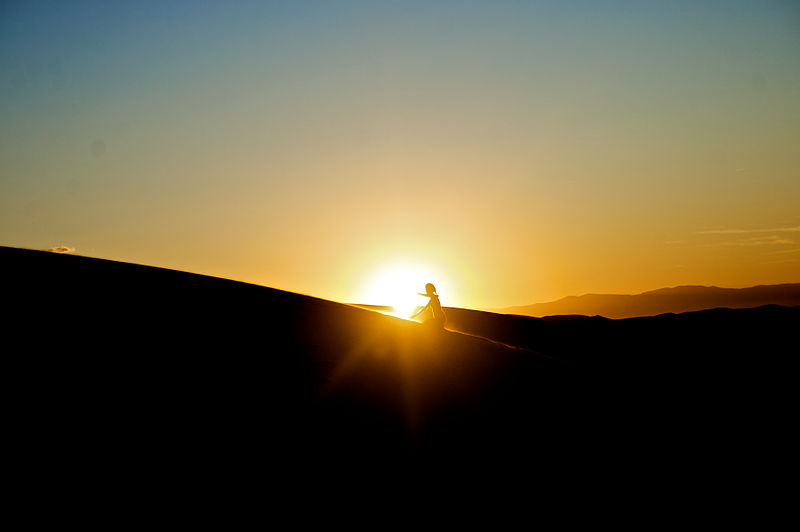 You’re probably waiting for the punch line, but this isn’t a joke.

Apparently, Duran has been selling 11-square-foot parcels of prime solar property (which she claims to own) for about $1 apiece … on (you guessed it) eBay.

How, exactly, does one take possession of the sun?

Duran staked her claim to the fiery frontier by way of a loophole in the UN’s Outer Space Treaty, which states that no nation can own a heavenly body.

The treaty, however, says nothing about individual celestial tenure.

According to various online sources, she accrued some 600 online orders before “the powers-that-Bay” suspected a scam and, dashing many a dream, suspended Duran’s account.

Incensed at what she perceives as injustice, Duran is now suing eBay for damages, and a court in Madrid will consider her case to determine if eBay violated the terms of its seller agreement.

As for ownership of the sun, the verdict is still out—WAY out.

And Duran is purportedly still selling pieces of the ultimate pyromaniac’s paradise on her own website.

Get ’em while they’re hot! 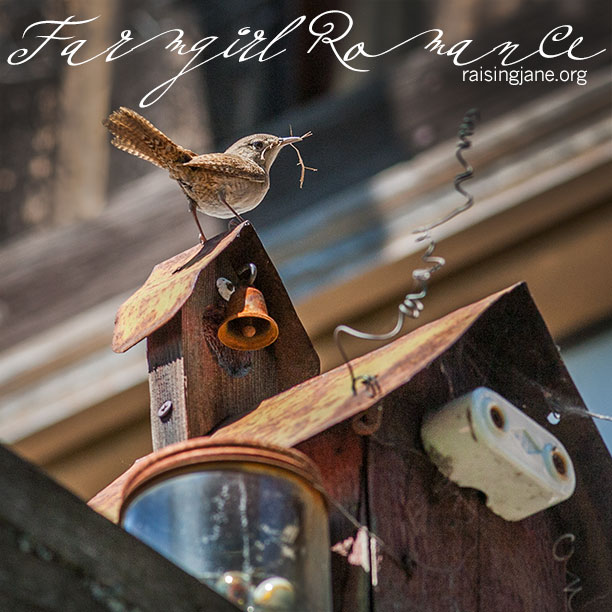