Porch for a Pooch?

After doting on my big, sweet, injured Great Pyrenees dog for several months, I’m swiftly gaining a whoooole new perspective on pet ownership. Thank heavens, Periwinkle’s broken leg has healed nicely (it took forever because she’s old), and I do adore pampering her … but did I mention how BIG she is??

Don’t get me wrong, Periwinkle was as polite as a dog could possibly be throughout her sabbatical from farm work, but I think both of us were feeling a touch of cabin fever, getting under each other’s feet. Knowing how much Pyrs love to be on the lookout, guarding livestock and fence lines, I’m sure Periwinkle was feeling the urge to GET OUT and resume her occupation alongside her equally lonely sister. Remember the old Warner Bros. Looney Tunes episodes with Sam Sheepdog? 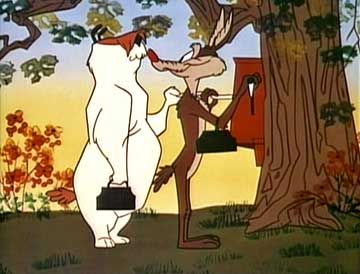 Sam and Ralph punching the time clock in the short “A Sheep in the Deep.”

The thing is, this education in indoor dog duty (sorry, can’t resist a good pun) has stirred up my sense of empathy for urban pet owners whose pawed ‘n clawed house mates don’t have an outlet to bask in the open air at will.

At the very least, a pooch needs a porch.

Indoor cats, too, must feel cooped up when their favorite feline routine seems to be following sun beams that appear near various windows throughout the day. 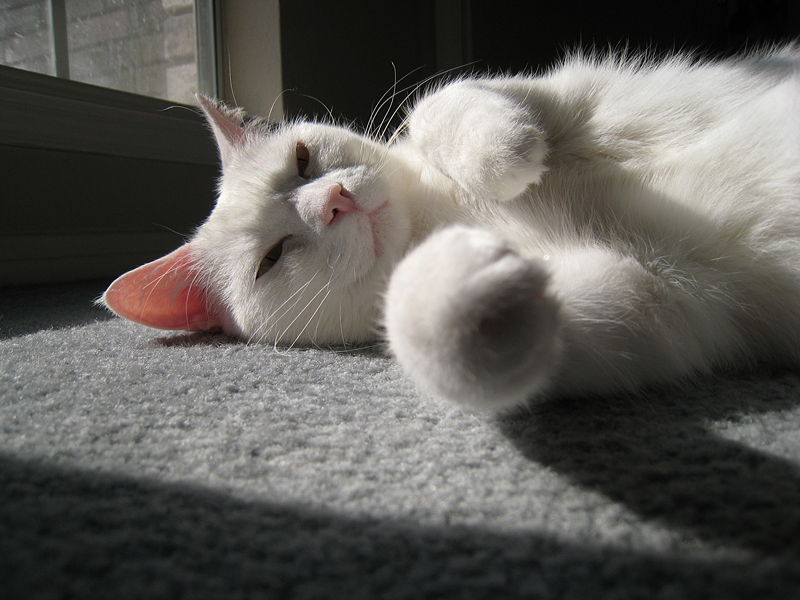 Well, wouldn’t you know it, pet “porches” are pervading populated places in what The New York Times dubbed “a creative compromise.” Owners are coming up with screened-in areas from window boxes to catwalks that allow pets access to the great outdoors without worrying about dangers that lurk beyond.

Why didn’t I think of that?

Anyway, it’s a cool idea that manifests in myriad architectural styles, as a simple Google search of “outdoor pet enclosure” will reveal. If it’s an idea you’d like to try at home, check out the Cat Dens and Doggie Digs at Home of Habitat Haven.

Do your pets wander the world unencumbered, or do they relish their freedom (and safety) in a “catio” or “pooch porch”?