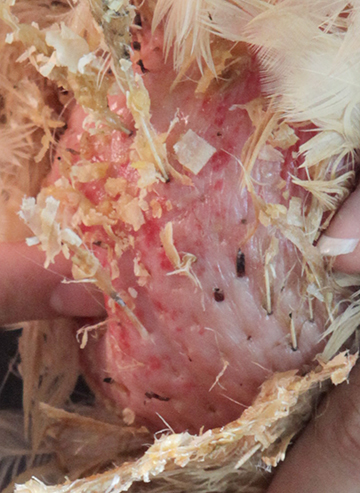 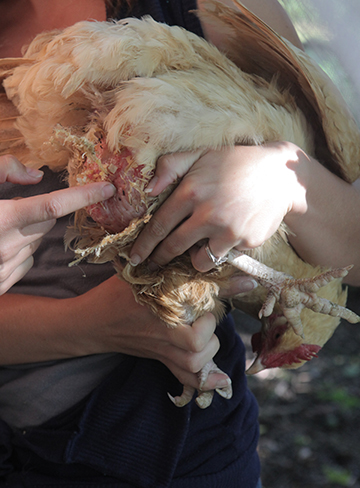 Or, inflamed chicken butt, should I say. One of my Buff Orpingtons has a little case of, er, bummer-itis. We’re keeping a close eye on her and applying Amish-made salve to her behind daily to ease inflammation and tenderness. We’ve also been giving her a dose of antibiotic for four days while keeping her separated from the other chickens. At first, we thought mites, specifically red mites. Nope. Then we thought maybe she had an egg stuck in her (that does in fact happen). Nada. So, we settled on some kind of infection and not some nasty parasite because we administer routine natural anti-parasite concoctions. Any ideas? Oh, and she isn’t hen-pecked. (Now we know where that saying came from!)