It’s insane what wildfires do, even scarier what wildfire storms can do. While driving through a canyon outside of Missoula, Montana, we passed by an area that looked like it was recently scorched (or so we thought). Well, a couple of questions to our camper neighbors later and we learned that the fire occurred in the year 2000. They informed us that a wildfire “storm” is a fire with so much fuel that the heat from the fire sterilizes the ground and the vegetation doesn’t bounce back for years.

Here’s a photo of the strange red haze the fires in Wyoming were casting. Eerie. 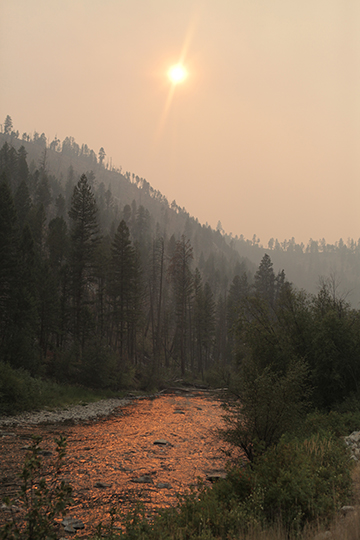 It was like something out of a Stephen King novel (not that I’ve read any of his books). 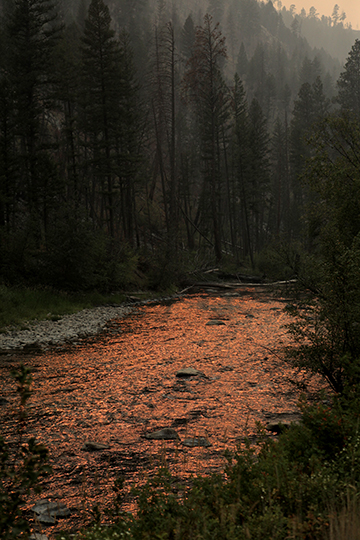 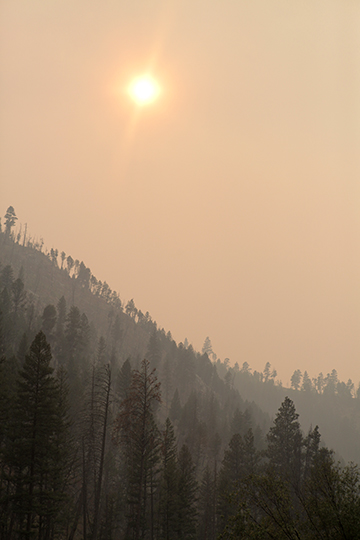 It was early afternoon, but it was so dark from the smoke that it felt like dusk. 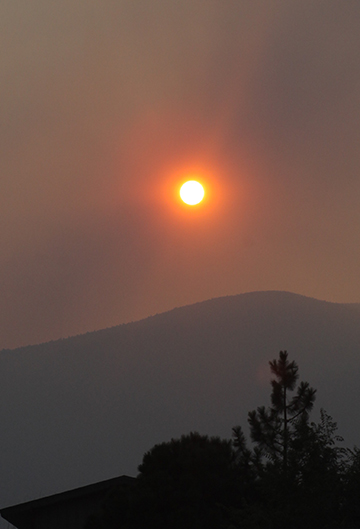