Ostracized for decades by Britain’s renowned Royal Horticultural Society (RHS), the lowly order of ceramic garden gnomes will at last have its day in the sun.

It seems that gnomes are no longer deemed ignominious by the haughty horticulturalists of London, who once described the little figurines as “distracting” and barred them from participating in the prestigious Chelsea Flower Show.

(Call it a case of caste discrimination against those that were, well, cast.)

At any rate, a gaggle of good-natured gardeners like Jekka McVicar found the prohibition preposterous.

McVicar, a medal-winning horticulturist and unabashed gnome activist, roused a bit of a row when she displayed a dapper little desperado dubbed “Borage” in her 2009 display. 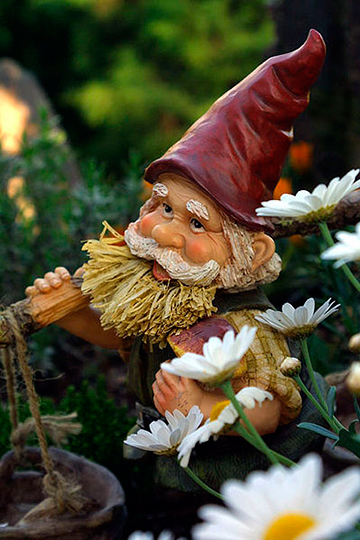 Photo by EddyDD via Wikimedia Commons

Imagine McVicar’s delight when she learned that the statuettes she has long supported will be welcomed as guests of honor at the 2013 Chelsea Flower Show in May.

“It’s great news. I am so excited, I’m going to give Borage a new jacket,” McVicar told the Daily Mail. “It’s beige at the moment, but it’s going to be bright green with pink spots. There’s no need for camouflage any more. It really shows how far the RHS has evolved. When Borage was spotted in my garden, it caused a real stir and I was met with a lot of stony silences from colleagues. But it really is harmless fun. At last the RHS has grown up and recognized that garden gnomes are for all.”

In fact, 150 of the newly feted little fellows will stand at attention to be inspected by the queen herself.

Others gnomes in attendance will be decorated by a host of celebrities, including Julian Fellowes, creator of Downton Abbey, before being auctioned off to benefit the RHS Campaign for School Gardening.

Sue Biggs, director-general of the Royal Horticultural Society, explained that while opening the garden gates to gnomes has raised a few eyebrows, the decision was unanimously approved by a 17-member council. “It is important for people to realize we have a sense of humor and we don’t take ourselves too seriously,” she said “There was not one gnomophobe on the council.” 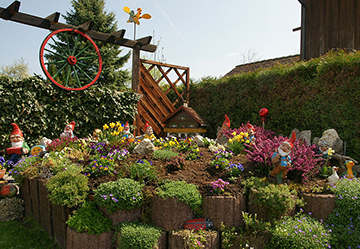 Gnomes are welcome in this garden in Germany. Photo by Böhringer Friedrich via Wikimedia Commons.

However, if you’re a garden figurine freedom fighter, you have yet another challenge in store:

Although gnomes have received their long-awaited invited to the Chelsea Flower Show, other mythical woodland creatures have not. 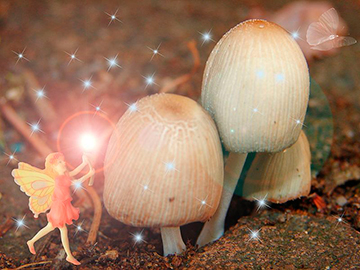 Photo by Aussiegall from Sydney, Australia (CC-BY-2.0) via Wikimedia Commons

That is, of course, if they catch you.