Reaching for the nearest bottle of antibacterial something or other?

Take a big breath (airborne microbes and all),

and nibble on this recent tidbit of news:

A new study has determined that the Amish of northern Indiana, whose day-to-day lives are ensconced in farming, have some of the lowest rates of allergies and asthma in the westernized world. 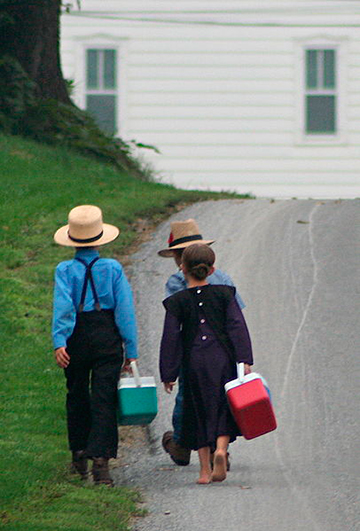 Photo by Gadjoboy via Wikimedia Commons

Researchers are calling it the “farm effect,” a phenomenon that is unlikely to shock born-and-raised farmgirls who have known for eons that farming builds hearty constitutions.

Yet another old wives’ tale turns up true? Hmmmmm.

“This [study] would suggest that if you have early life exposure [to allergens], then somehow it drives the immune system away from developing allergies,” says lead author and Indiana allergist Dr. Mark Holbreich. “Large animals are part of it, and the straw bedding animals sleep on … and what [the Amish children] eat, and the fact that their mothers are in the barn when they are pregnant.” 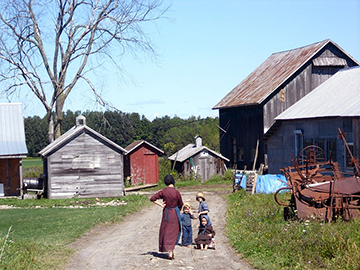 Photo by Ilamont via Wikimedia Commons

Another important observation in the study was the benefit the Amish appear to gain from drinking milk that isn’t ultra-pasteurized or homogenized, although it’s unclear whether that alone is the key to stronger immunity. This I do know: I had a milk cow when my daughter was born, and she didn’t get her first cold—a mild case of the sniffles—until she was 6 years old, and she never got an ear infection, ever. She’s 34 years old now, and to this day, has never had a tooth cavity. Our farm water back then wasn’t flouridated or chlorinated, and nothing was bromated or fumigated. Once I moved to town with my second child (treated city tap water), he did get a couple of nasty ear infections and has had some cavities over the years. I’m just saying.

Holbreich, lead author of the study and Indiana allergist, stresses that he’s not suggesting we all become Amish to relieve our allergy symptoms, but, hey—with allergy rates increasing in the United States, it sure couldn’t hurt to find our way back to the non-GMO, hands-on lifestyle, even if that means some containers of dirt on your balcony that you get your hands into every spring. 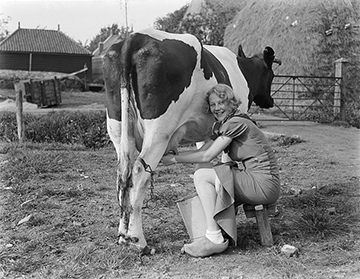 If you’re moved to dig in a little deeper, I hope to inspire you to dabble in your own backyard dairy.

I’m busy working on just the manual you need to get started. Look for Milk Cow Kitchen, my DIY dairy and kitchen guide, to hit book shelves sometime next year.