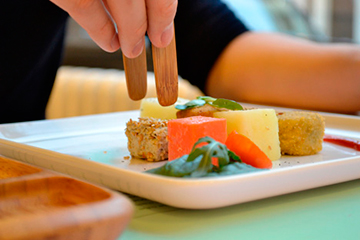 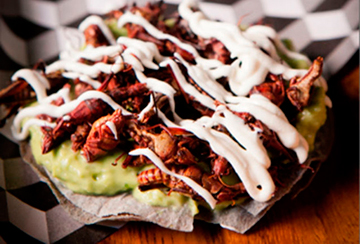 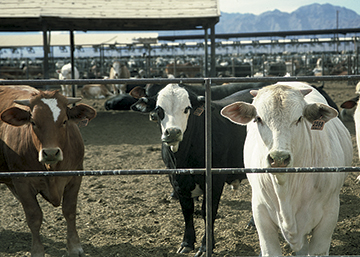 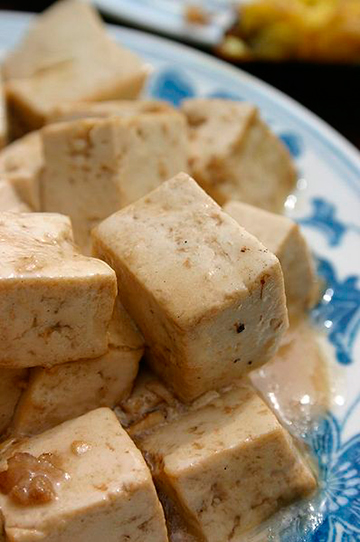 Here’s another article that addresses the soy situation and why this popular vegetable can cause problems when used to provide protein in our diets.

So, we find ourselves at the doorstep of Exo.

Unlike Ento’s sushi-esque creations, Exo is focusing on producing protein bars with cricket flour. Specifically, each bar is made up of 20 percent roasted cricket flour and 80 percent yum (dates, cacao, almond butter, and coconut). 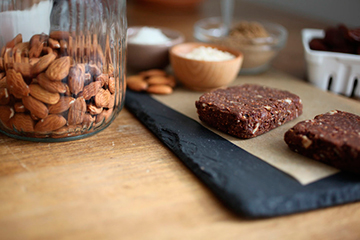 Lewis and his partner-in-protein, Greg Sweitz, tracked down an esteemed chef in the UK who signed on to render the bars scrumptious and is also working on future recipes.

“Ultimately, we’re just creating a very healthy, sustainable, and cheap protein source. We can make shakes, bread, pancakes, or baking products. It’s a protein powder that you can use for anything,” Lewis explains.

In other parts of the world, people don’t cringe when they consider crunching on crickets. 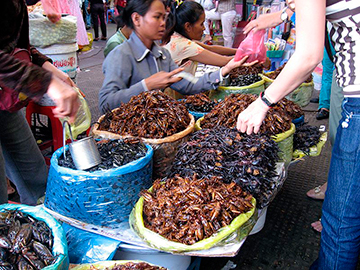 Heck, even the actress Salma Hayek extolls the practice:

On The Late Show with David Letterman a couple of years ago, Salma introduced a few more insect favorites, saying, “These little ants fried are amazing with a little guacamole. And the worms, there are many different recipes for those. The little grasshoppers have a smoky flavor to them. It’s the way they cook them, and it’s really good.”

“The protein bar looks very normal. There are no insect fragments, just a finely ground power,” assures Lewis. “It’s amazing how quickly people get over that initial disgust response. The trick is getting them to try it in the first place.”

Now that you’re toying with the idea (if Salma Hayek does it, so can I!), 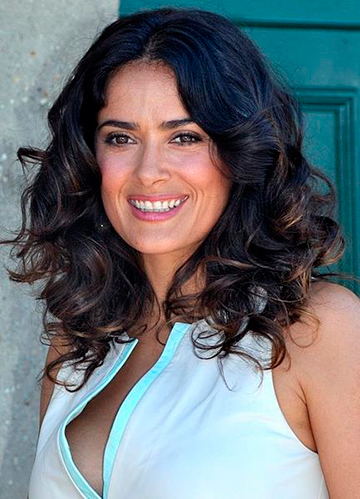 As Exo is preparing for a full-fledged launch, it is facing a challenge with cricket supply. The company is currently working with cricket farmers in the U.S. who supply reptile food for pet owners and bait for fishing outfits, but human consumption is a whole new game.

So far, there are no certified organic cricket producers out there.

In the meantime, Exo is asking for your support via their Kickstarter campaign. Pledge $25, and you’ll get a half dozen bars ($40 will win you a full dozen).

As your mother used to say, “You don’t have to like it; you just have to try it.” 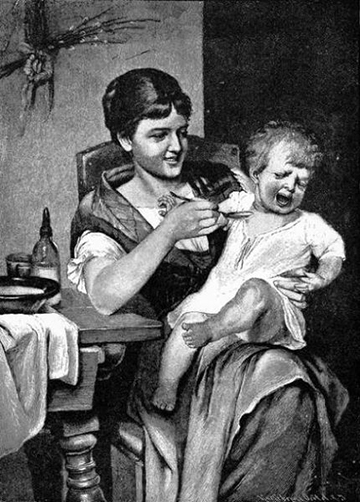