While red eyes are desirable in some cases …

say, in the world of the red-eyed tree frog, 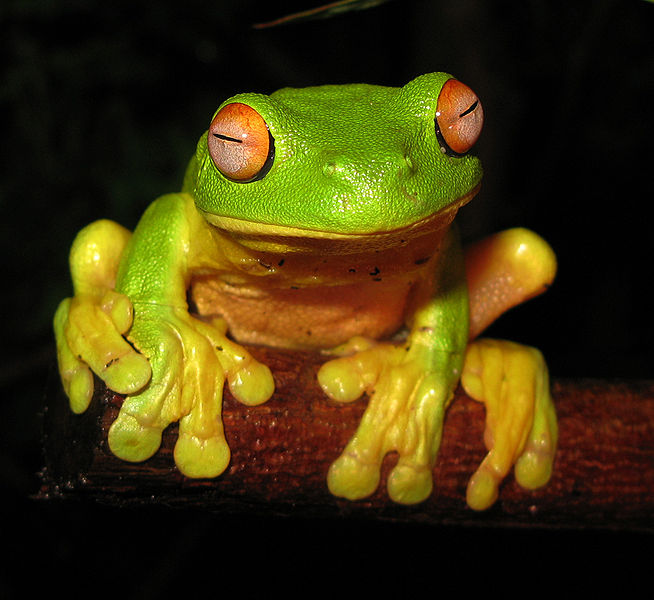 tree frog by LiquidGhoul edited by Muhammad via Wikimedia Commons

they’re not very desirable in humans.

We’ve all seen those photos that make sweet little Sammy look like the spawn of the devil.

Most cameras now have built-in features to avoid the dreaded “red eye effect.” And if you do end up with red-eyed monsters when you’re snapping pics of your sweet darlings, you can always use a photo-editing program to fix it after the fact.

But you might be intrigued to find out, like I did, why that particular eerie effect happens in the first place …

When you take a photo of a person who’s looking directly at the camera, the flash reflects off the person’s retina, located at the back of the eye. Because the retina has many blood vessels, the camera picks up the red color.

But what about those scary animal eyes you see at night or even sometimes in a photo taken in the middle of the day? Sweet little pup all of a sudden turns into the Hound of the Baskervilles … 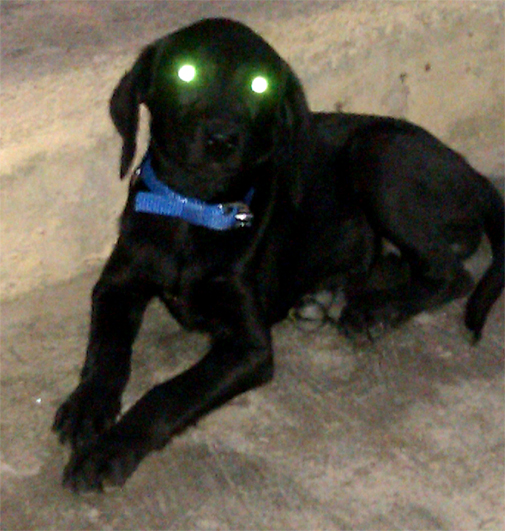 photo by Jazzjohnn via Wikimedia Commons

No, he’s not possessed … you’ve just picked up something called “eyeshine.” Many animals (especially those with good night vision) have a layer of tissue in their eyes called tapetum lucidum. It also reflects light back through the retina, which appears to make the animals’ eyes glow. Cats and dogs with blue eyes can reflect both eyeshine and red-eye. 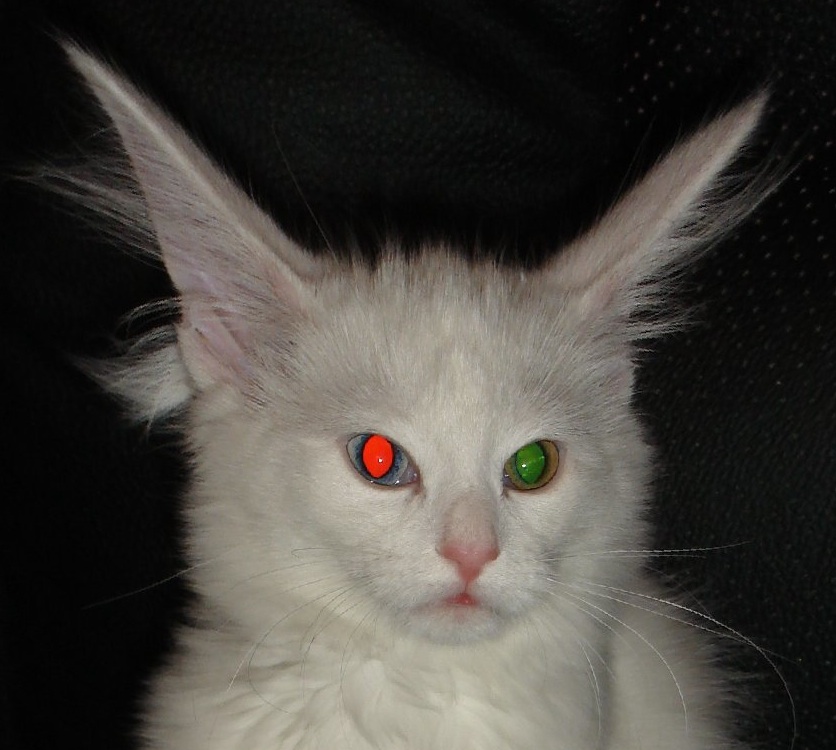