Why is one of the main ingredients in my toothpaste also one of the three things that were so precious in ancient times that they were gifted by the Three Wise Men to the baby Jesus at his birth?

Myrrh … even the word sounds soothing. Kind of like purr(h) …

Myrrh is the aromatic resin of several small, thorny trees in the genus Commiphora. And soothing it is. It was once used as a treatment for toothaches, and now appears in toothpaste for its anti-microbial, anti-viral, astringent, and antiseptic qualities. 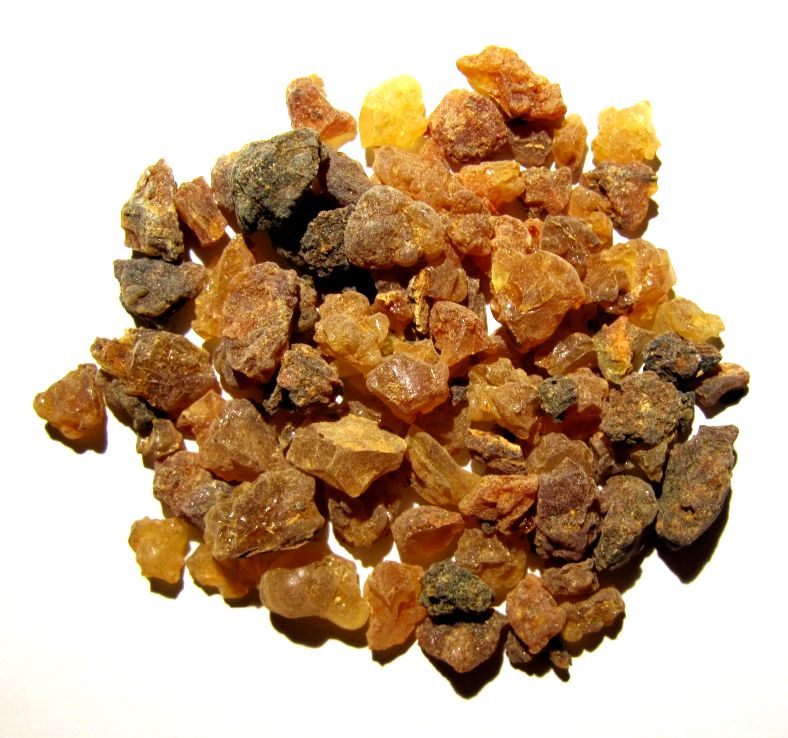 Photo by Alsterdrache via Wikimedia Commons

But why a precious gift? Even though myrrh was mentioned in the Old Testament as a rare perfume with intoxicating qualities, its role as one of the three gifts isn’t as clear as that of gold, a precious metal and valuable commodity, and frankincense, another resin that was often burned as an offering in worship. Myrrh was also a component of holy incense and was used as a anointing oil, and all three of the gifts were standard offerings to honor a king or deity in the ancient world.

But frankincense and myrrh’s powerful herbal healing properties could also have had a role in their choice as precious gifts. Frankincense and myrrh both have proven antiseptic, analgesic, and anti-inflammatory properties, and were once considered remedies for everything from toothaches to chronic coughs to indigestion to hemorrhoids to leprosy. Myrrh was commonly carried into the battlefield to treat wounds by the ancient Greeks. Hippocrates, the father of modern medicine, mentioned myrrh more frequently than any other plant substance in his writings.

Today, both frankincense and myrrh are commonly used in traditional Chinese medicine, Ayurvedic medicine, and aromatherapy. Myrrh is used as a natural remedy for treating a variety of ailments, including skin conditions, congestion, asthma, indigestion, ulcers, and joint pain. It’s also known to protect against liver damage and has been shown to inhibit the growth of cancer cells and to lower cholesterol. Many natural toothpastes contain myrrh to soothe irritated gums, mouth, and throat; to fight plaque; and to promote healing.