Some-WHERE over the moonbow, way up high … 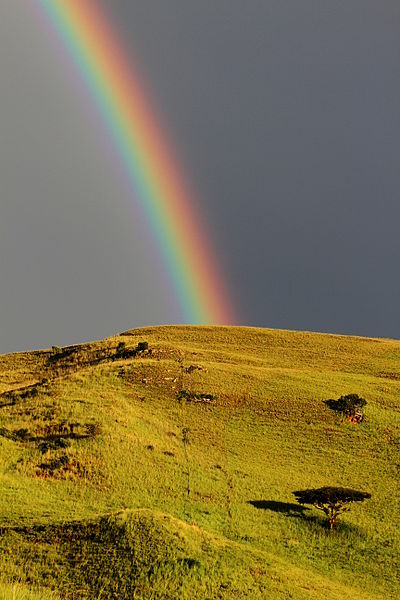 I count myself lucky each time I spy a ribbon of colors stretching to touch a rain-freshened sky. If I happen to be with my bedazzled grandgirls, I feel extra blessed, because their young eyes still shine with surprise.

My question to you is …

Have you ever seen a moonbow? 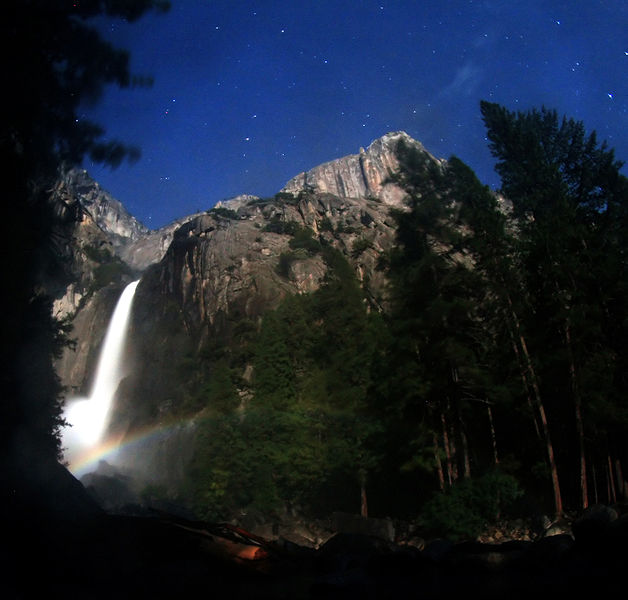 Look closely at the photo—those are stars in the sky. And yet, somehow, a rainbow (no, MOONbow) arches across the scene below.

This marvelous and seemingly mystical phenomenon is not a figment of fairy tales.

“A moonbow (also known as a lunar rainbow or white rainbow) is a rainbow produced by light reflected off the surface of the moon (as opposed to direct sunlight) refracting off of moisture-laden clouds in the atmosphere. Moonbows are relatively faint, due to the smaller amount of light reflected from the surface of the moon. They are always in the opposite part of the sky from the moon,” explain the worldly wizards of Wikipedia. “Because the light is usually too faint to excite the cone color receptors in human eyes, it is difficult for the human eye to discern colors in a moonbow. As a result, they often appear to be white. However, the colors in a moonbow do appear in long exposure photographs.”

As we can see in the photo above and this stunning scene from Victoria Falls in Zambia: 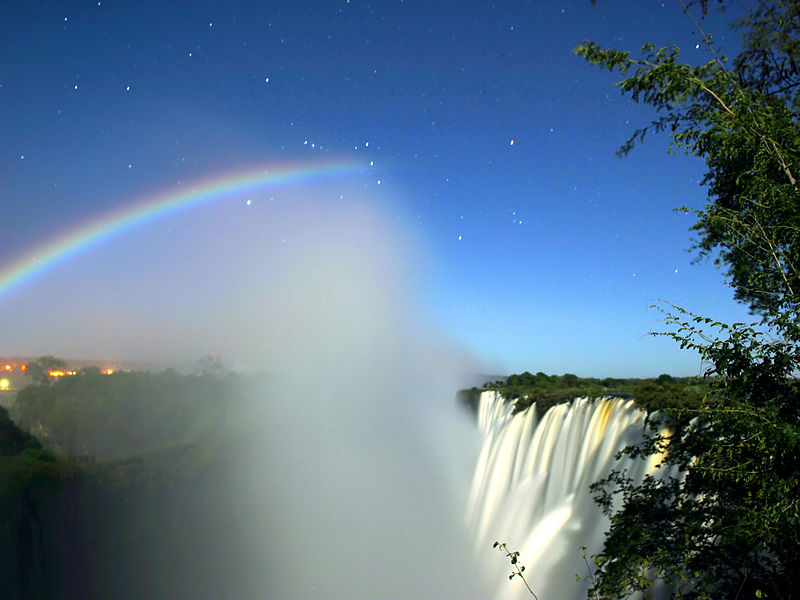 Personally, I’d be giddy as a grandgirl to get a glimpse of a white moonbow, wouldn’t you?

Our best chance to catch a moonbow would be when the moon is at or very near a bright full moon. Ideally, the moon must be low in a very dark night sky, which is only likely to occur a couple of hours before sunrise or after sunset.

“Of course,” Wiki reminds us, “There must be rain falling opposite the moon.”

And a unicorn in your pocket.