Today, I discovered an in-the-works documentary that might just revolutionize our nation’s notions about elderly care, child care, and the power inherent at their intersection. The movie is called The Growing Season (formerly titled Present Perfect), and it is scheduled to be released later this year.

“Stepping into most any nursing home, it’s hard to ignore the sense of isolation one feels on behalf of the residents living there, and even harder to reconcile that with the fact that old age will inevitably come for us all. In our fast-paced, youth-obsessed culture, we don’t want to be reminded of our own mortality. It’s easier to look away,” begins project leader and Seattle University adjunct professor Evan Briggs.

She was inspired to delve into the concept of elderly care when she learned about the Mount Intergenerational Learning Center in Seattle, an award-winning child-care program located on a campus that is also home to more than 400 senior residents. 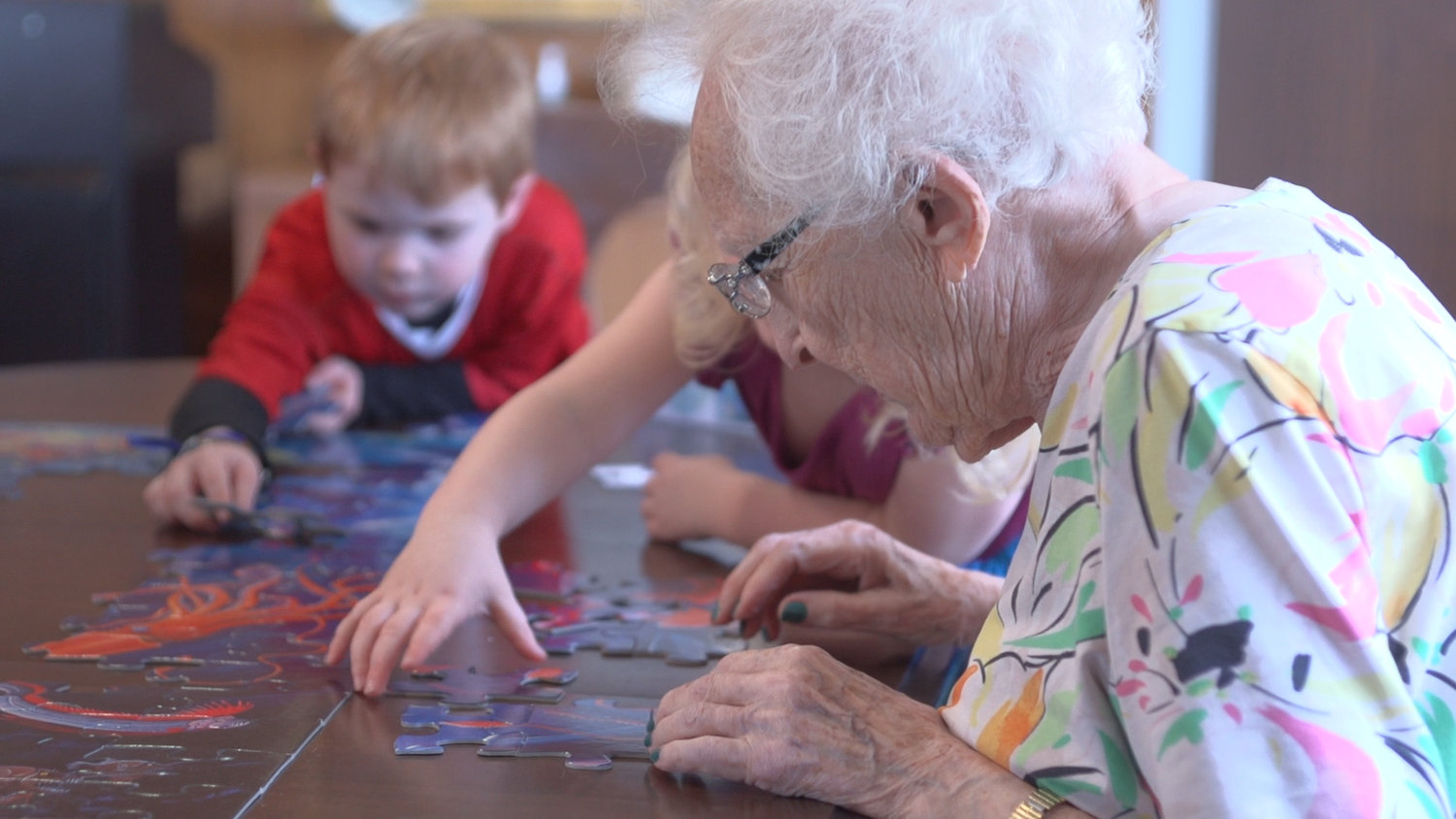 “When I heard about the Mount and its Intergenerational Learning Center, I was struck by the simple perfection of the concept. I was further intrigued by the idea that with neither past nor future in common, the relationships between the children and the residents exist entirely in the present,” Briggs explains. “Despite the difference in their years, their entire sense of time seems more closely aligned. As busy, frazzled, perpetually multi-tasking adults, we are always admonished to live ‘in the moment’. But what does that mean? And with the endless distractions provided by our smart phones and numerous other devices, how can we? I was curious to observe these two groups, occupying opposite ends of the life spectrum, to see firsthand what it meant for them to simply be present with each other.”

Briggs says that The Growing Season explores the experience of aging in America—both growing up, and growing old—and captures the subtleties and complexities of children’s interactions with their elderly counterparts. She challenges viewers to consider what value a person offers to others throughout his or her life. “Are we asking for the right contributions from each other? How do we measure and define a successful life?” she asks. “While this film doesn’t shy away from confronting some difficult realities, it is ultimately a life-affirming story of hope that, we believe, just might lead to serious positive change.”

Learn more about the project at TheGrowingSeasonFilm.com.

You can also pre-purchase a digital download of the film to help support the project on IndieGoGo.com.