I’m a sucker for old wives’ tales and lore galore. Expressions that have been passed down through the ages are a kick to ponder, and I’ve found there’s often a kernel of truth to be found at the heart of sayings that seem silly or steeped in superstition.

One of the most fun—and most useful—categories of old-fashioned adages is weather prediction. There are probably as many weather proverbs floating around out there as there are snowflakes in a blizzard, don’t you think? Despite the increasing reliability of meteorology, I see no reason why we shouldn’t keep these snippets of time-tested lore aloft. After all, it wasn’t that long ago that people …

… woke up to spend long days under open skies, and their familiarity with nature’s cues was fundamental to survival. Real, live signs and signals from the earth and sky led to a wealth of weather sayings, and I’m wondering if you’ve heard of the few I’ve gathered here.

In honor of today being the first official day of winter, I’m brushing up on these gems so that I have yet another good excuse to go outside and notice nature. Sometimes we need an extra “excuse oomph” to break for a breath of fresh air. Join me. Let’s get out and tune up our senses to see just how much practical prediction we can pin down from the riddles and rhymes. 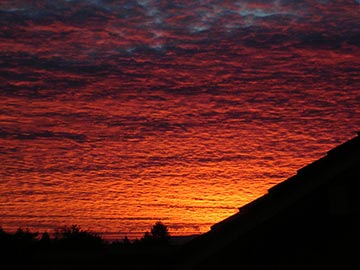 There is often a red sunset when the western sky is clear because as the sun sets, it shines through the lower atmosphere where particles of dust, salt, and pollution scatter away some of the shorter wavelengths of light (blues), leaving longer wavelengths (oranges and reds). Since weather in the northern latitudes usually moves from west to east, a red sky at sunset means that dry weather is moving in—good news for sailors. On the other hand, a red sunrise means that dry, dusty air from the west has already passed by, making way for wetter weather (and potentially a storm) in its wake. 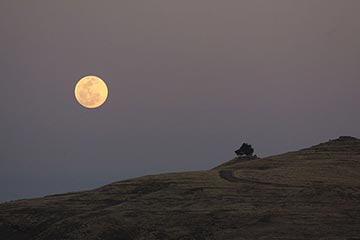 When the night sky is clear, there is no “blanket” of clouds to insulate the earth, so the ground will cool quickly after sunset. If the temperature is low enough on a clear night, and there’s no wind, frost is likely to form.

“If a cat washes her face over her ear, the weather is sure to be fine and clear.” 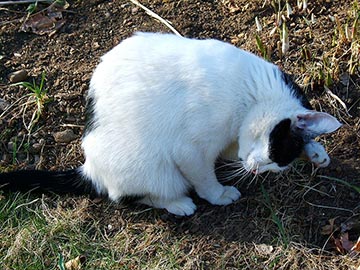 When the skies are clear and the air is very dry, animal fur (and human hair) can build up static electricity. The gist of this proverb is that if a cat licks and grooms herself during dry weather, the static discharges can irritate her, causing her to rub her sensitive ears with her paw. With the coming of rain, moisture in the air will help fur will shed its charge, so the cat will appear to groom with less verve.

“When clouds appear like rocks and towers, the earth will be washed by frequent showers.” 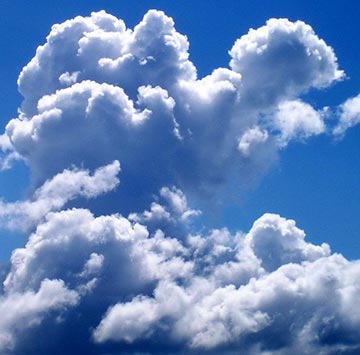 Clouds that tower and build into boulder shapes are the stuff thunderstorms are made of. These cumulonimbus clouds, formed by strong updrafts, are likely to conjure up showers. When they start to darken and thunder begins to rumble in the distance, it’s time to head for cover.

“A halo around the sun or moon means rain or snow is coming soon.” 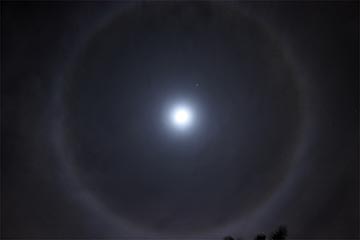 A glowing halo around the sun or moon is a circle of cirrus clouds made of ice crystals that act as tiny prisms, reflecting light. This lovely phenomenon often foretells an approaching warm front that may bring rain or snow. The brighter the circle, the greater the chance of precipitation.