Here’s a nugget of geographical trivia that proves romance can be found in the most unexpected places. 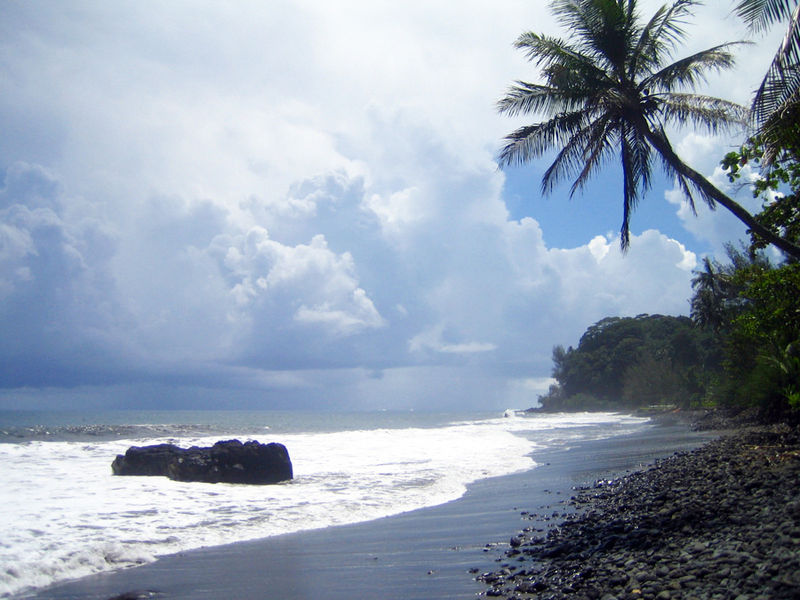 Photo by Fred via Wikimedia Commons

No denying the romance there.

But I’ll bet you didn’t include Old Mines, Missouri.

Check out the sign beside the door in the photo below. 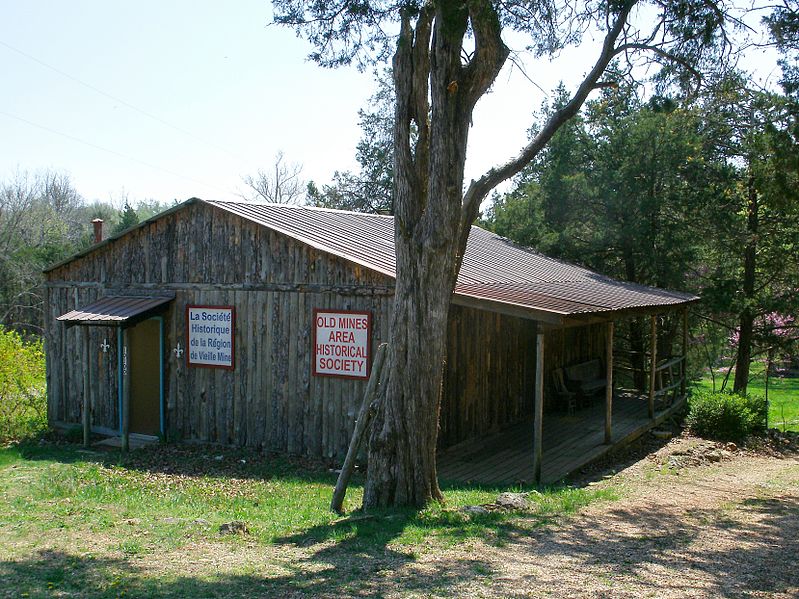 Photo by Kbh3rd via Wikimedia Commons 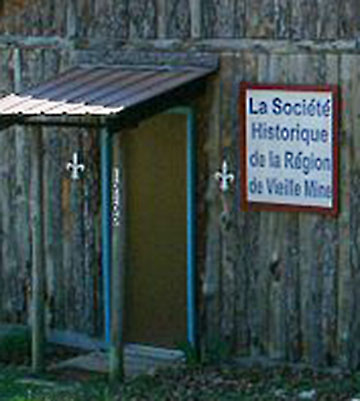 That, my friend, is French.

Now, I know what you’re assuming, but it’s not just an attempt by the local Historical Society to fancy up an old log cabin. The sign is actually a reminder of bygone days when enterprising French miners pitched camp in southeastern Missouri and started digging, hoping to find silver among the area’s plentiful lead deposits. Old Mines never yielded much in the way of riches to the French settlers, but their culture and language was indelibly marked upon the region. Shaped by time as well as Creole and Indian influences, the locals’ speech developed a unique dialect that became known as Pawpaw French (after the native fruit-bearing tree). 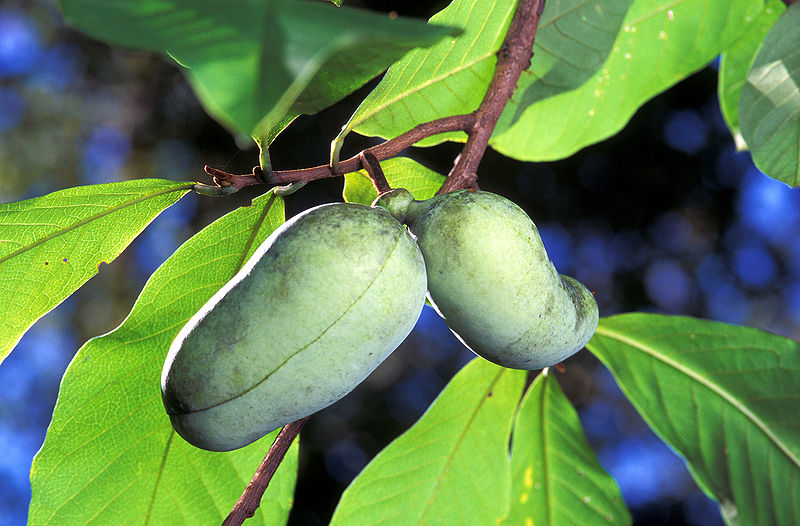 Today, however, only a handful of Old Mines residents still speak the language, and this fascinating scrap of American heritage is hovering near extinction. 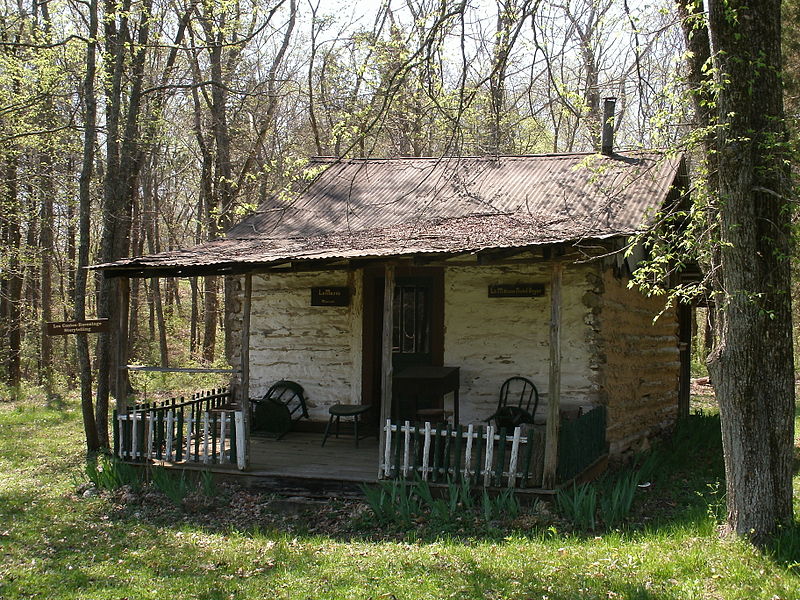 Photo by Kbh3rd via Wikimedia Commons

Take a minute to travel to Old Mines via the video below, and listen to the lilting words of Natalie Villmer, one of the last speakers of this fading tongue, as she explains its history and sings its praises (in Pawpaw, of course). 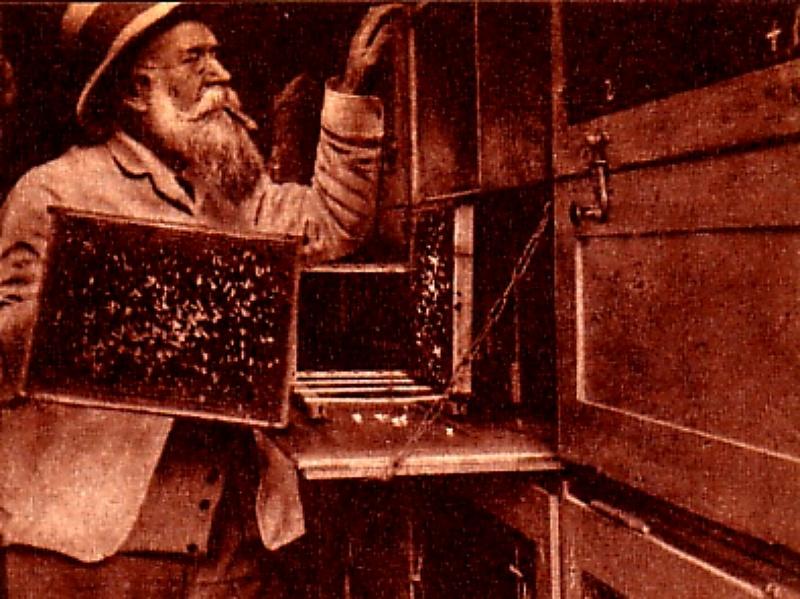 Come, now—I know you can hear me buzzing.

In Kenya, beekeeping is a longstanding tradition that has truly been restricted to the male sector, no ladies allowed. 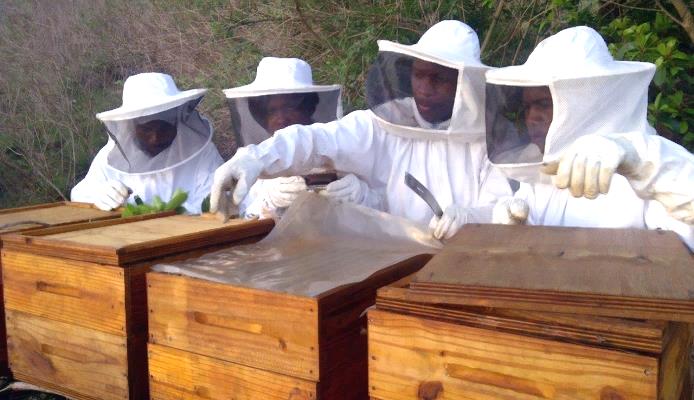 According to Erin Yamaoka, a Kiva Fellow working in Kenya, “Beehives were historically kept very high in trees requiring the beekeeper to undertake a somewhat dangerous climb in order to service or retrieve the hive. Culturally, this was not considered an activity fit for Kenyan women.”

This photo from a British expedition in 1906 shows natural log hives suspended in trees: 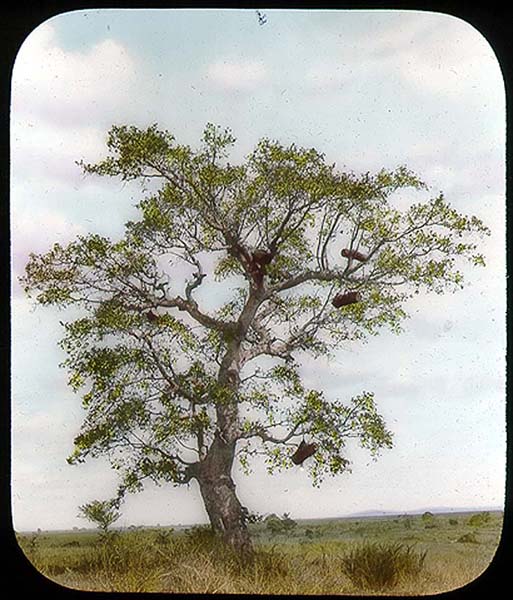 And, we all know that girls dont’t climb trees, right?

Sigh. Tell that to my granddaughters. When they’re here helping me with my cows, they have to climb up and over every gate rather than walk through them with me. See a tree and they’re up it. 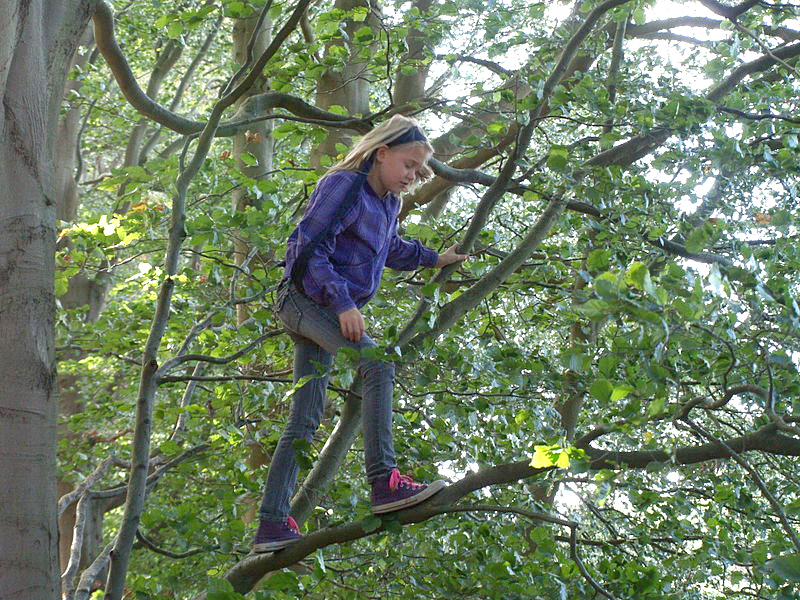 Photo by Marjolein via Wikimedia Commons

Anyway, the wonderful news here is that the times they are a’changing, and the business of beekeeping is being steadily infiltrated by Kenyan women who are gaining access to their own apiaries with the help of Honey Care Africa and financial support from Kiva’s online lending platform. 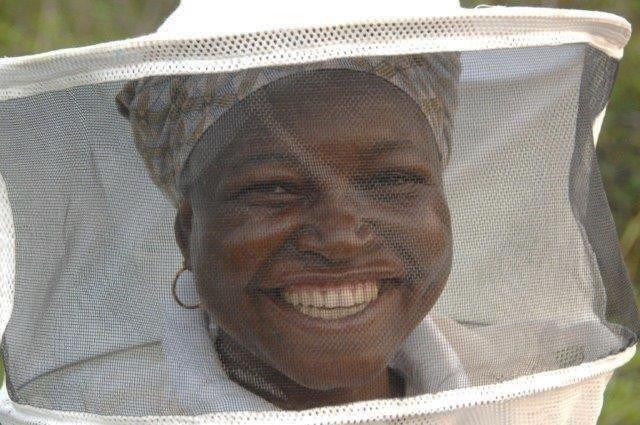 “For the first half of my Kiva fellowship, I was placed with Honey Care Africa, an organization that gives Kiva loans to farmers for beehives and apiary materials,” Yamaoka explained in an article on Medium.com. “I attended a Honey Care ‘Kiva meeting’ with a group of prospective Kiva borrowers, and they were an all-women farmer group.” 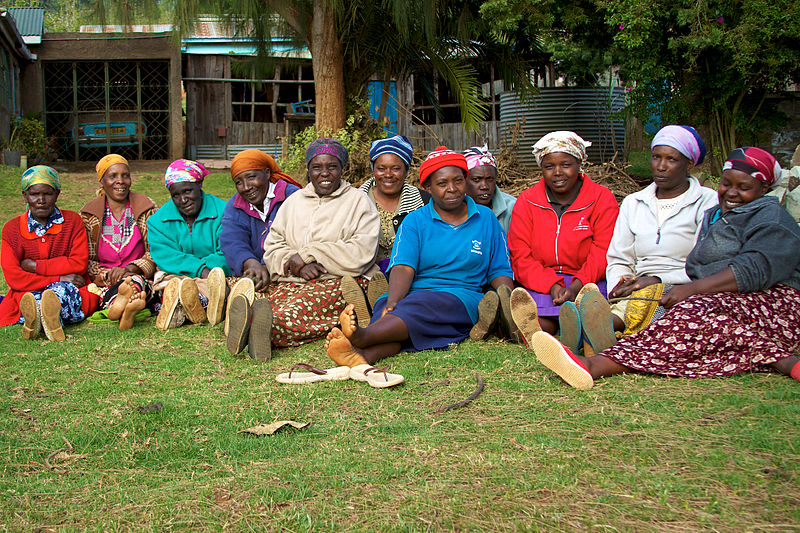 The involvement of women in Kenya’s beekeeping industry is significant in ways that are much more meaningful than merely a “girls can do it too” gender-equality statement. Yamaoka reports, “Studies have shown that women are the ‘change’ agents of the family since women spend a greater percentage of their income on the welfare of their households than do men. As a consequence, increases in women’s incomes improve the health, nutritional, and educational status of other household members, particularly children.”

What’s more, Kenyan women are diligent and dedicated managers of agribusinesses, purportedly spending 80 percent of their time on the farm, while men spend only 20 percent. 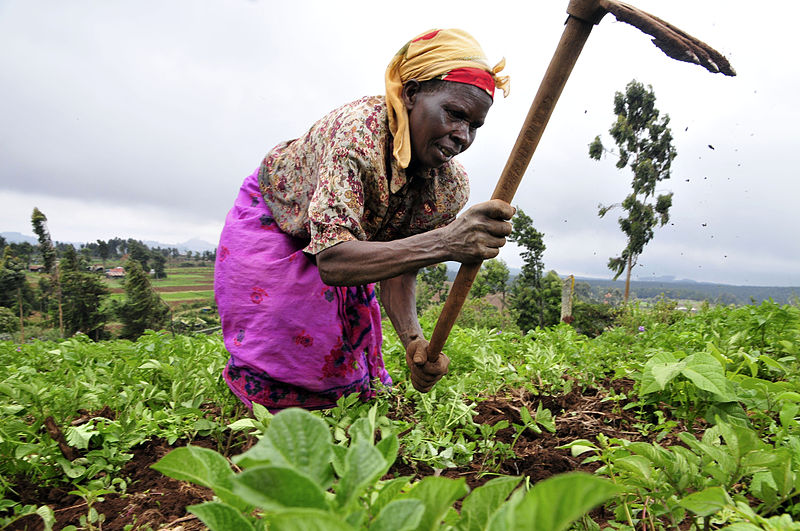 Photo by CIAT via Wikimedia Commons

“I had the privilege of meeting some of these pioneering female Honey Care Africa farmers. One such woman was Mary, whose kindness was overwhelming,” Yamaoka recounts. “She welcomed me into her home, bearing gifts of chicken and chapatti, a meal she and her farmer group had organized. Mary’s children are all grown, so she manages her shamba (farm) largely on her own and was very optimistic about her hives in spite of recent drought. Within the group, the plans for the income from their honey harvests ranged from school fees and household expenses to … more hives!”

Honey Care Africa strives to provide smallholder farmers like Mary with the equipment, training, services, and market access necessary to become commercial honey producers. They guarantee a competitive fixed purchase price for honey on a contract basis, which enables farmers to repay their loans quickly and sell to a stable market.

Thanks to the organization’s partnership with Kiva, loans as small as $25 from worldwide donors help struggling Kenyan beekeepers foster their apiaries and simultaneously contribute to a growing faction of female farmers who are bucking the trend of oppression and poverty. When I checked Kiva this morning, all current loan requests through Honey Care Africa are funded (how cool is that?). But, you can sign up to be alerted when a new loan request is posted, and you can also contact Honey Care’s Natasha Nurani to learn more ways to contribute (Natasha.Nurani@honeycareafrica.com). 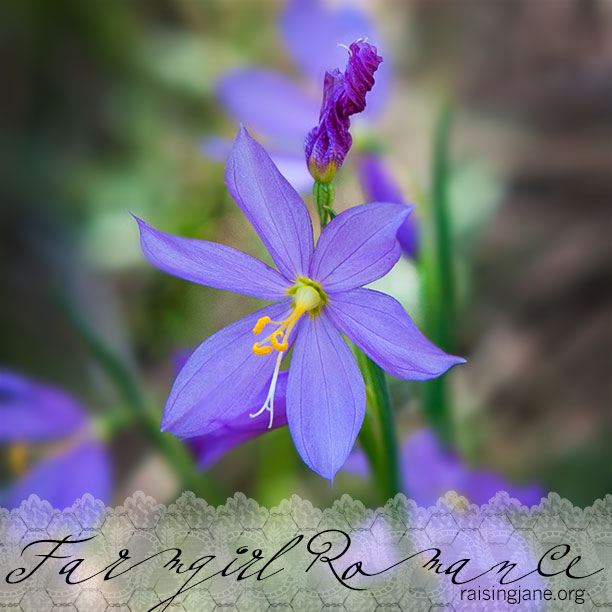 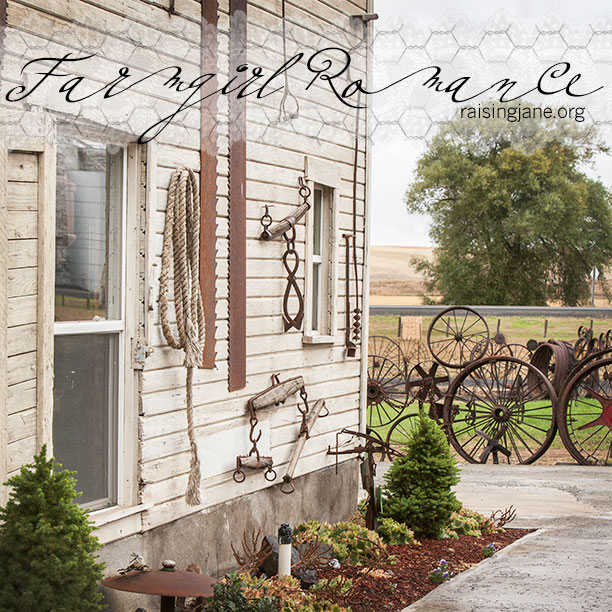 She stands mysteriously among the grass of an unassuming pasture in North Ormsby, England … 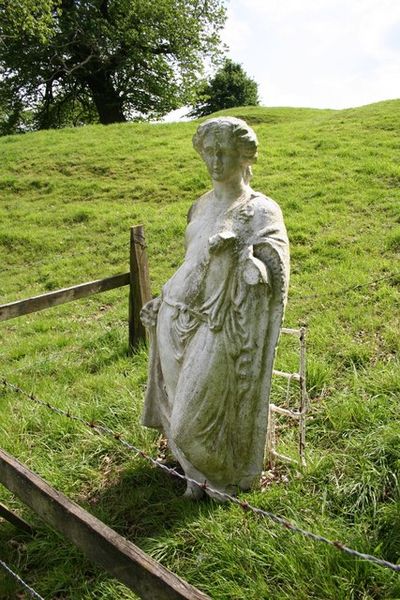 This is where her mystery begins. She is a known only as “the white lady,” her true identity lost in legend.

Why was she placed here, far from the halls of an art museum or memorial?

Again, no one knows for sure.

This life-sized classical statue has watched over the fields here for hundreds of years, inspiring a mythology all her own. 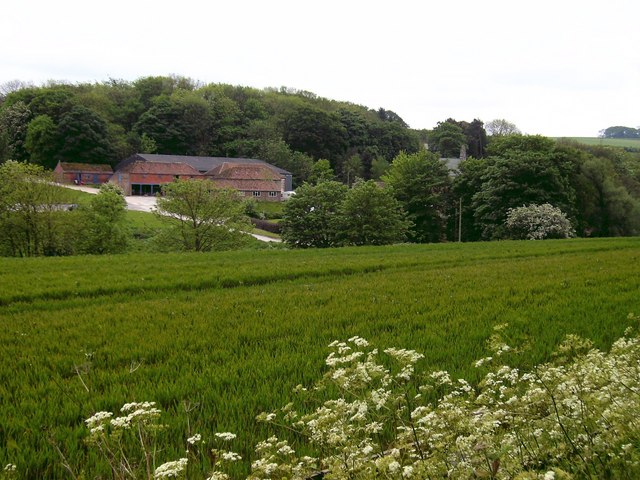 “Some say it’s Roman; others say 18th century in the Greek style,” reports Wikipedia. “The site reputedly marks the spot where a woman was once killed whilst out hunting. The valley is rich in history and she stands on the site of a Gilbertine Priory founded in 1184 and close to the deserted Medieval village of North Ormsby. Whatever the truth, she has become the patroness of this beautiful valley.”