Is it true blondes …

When it comes to honesty, how do you fare? And yes, it seems to matter the color of your hair. How do I know this?

Well, ask yourself this question. Would you leave your fare if someone left a bottle of tea for purchase—seemingly unattended?

Honest Tea set out to answer just that question.

What they found was well—honestly surprisingly!

Honest Tea is an organic tea company that has blossomed, since its inception in 1998 with a staff of three, into one of, if not the, largest certified organic and fair trade tea companies on the market. 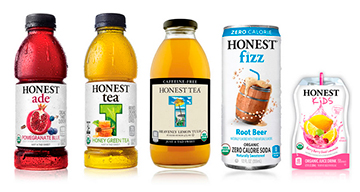 So if you are having a case of Mean World Syndrome, read on, and feel heartened.

Honest Tea stands were set up in 61 locations in each state across the country, with a clear drop box for cash, and a sign indicating a thirsty passerby may pay $1 for a bottle.

A station “attendant” was waiting in the wings marking down who paid—and who didn’t! They took notes on gender, facial hair, hair color, and if they had on glasses, or hats …

The resulting upright citizens (or those who walked briskly away with their nabbed tea) panned out like this:

– The longer your hair, the more honest you are (I’m all over that result plus get this: nationwide blondes were more honest than any other hair color. They were 100% honest in Illinois and Indiana. Honest!!!!)

– Alabama and Hawaii were the two most honest states, scoring a perfect 100%!

Here are more fun facts from the (informal) study: 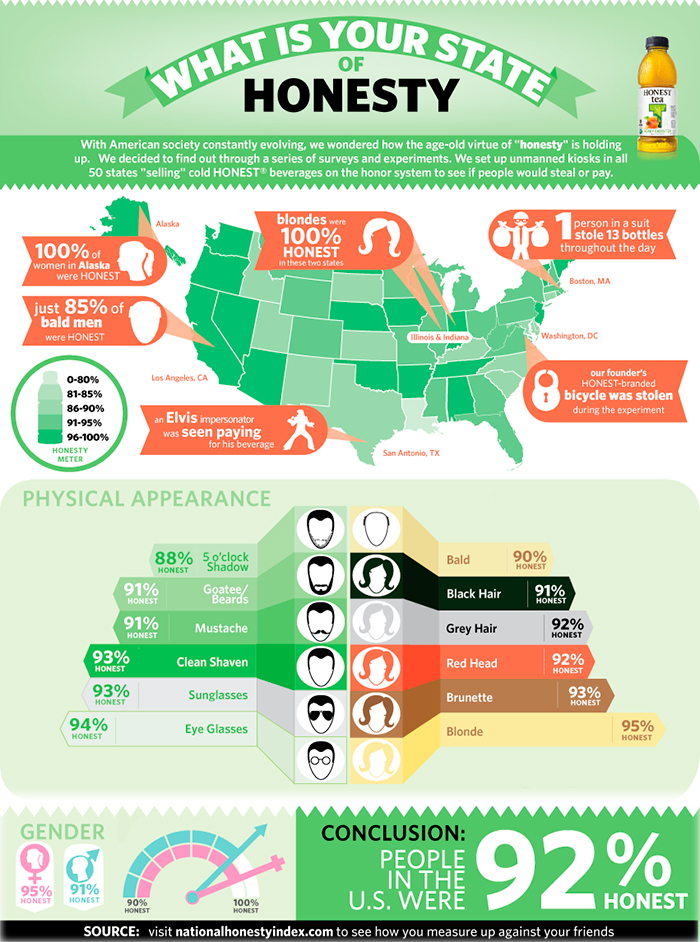