In the midst of what seems like almost-daily bad news, I was recently touched to hear a feel-good story about a dog who rides public transit in Seattle all by herself in order get to the dog park. It appears that the 2-year-old black Labrador mix named Eclipse has become a regular fixture on the D-line. The bus stop is right in front of her house, and if her owner is not quite ready to go, she jumps on board alone and meets him later at the dog park. Regular riders say that she sits quietly in her seat and watches out the window for her stop, and transit authorities say they are happy that Eclipse can appreciate public transit, although she really should be on a leash. This whole idea made me giggle. 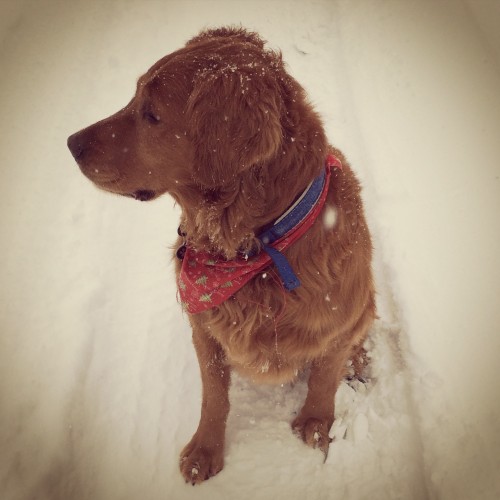 Does the age-old phrase “country pup vs. city pup” still hold true?? Haha. Our golden retriever wouldn’t know what to do with public transit, but he’ll happily hop right up into the bed of a pickup. Hmmm, maybe he could fake it like I do when I make a trip to the city?