After the trauma I endured turning off all my electronics in my last badge attempt, I decided to try a merit badge that would be a little less on the stressful side, a little more on the yummy side: namely, the Unprocessed Kitchen badge—purchasing a guilty pleasure item at the grocery store and then replicating it (organically, of course) at home.

Now, I’ve never been much of a cook, but I am motivated by some things, and salt and vinegar potato chips are one of them! Nothing has put me in the gym faster than a midnight binge of salty, greasy goodness. Maintaining my figure would be a heck of a lot easier without them, you know what I’m saying? They may, in fact, be … 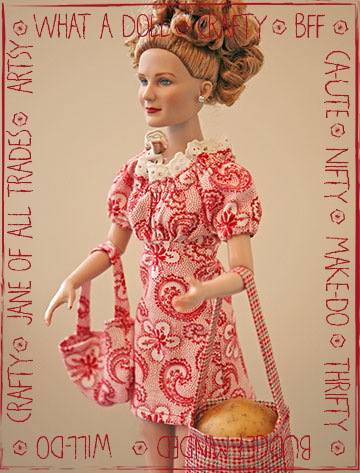 … my utter downfall, but today I embrace them. Gently, of course, so as not to crush any perfectly shaped bites of deliciousness.

Anyhow, I figured they’d be simple enough to replicate, and when I found some totally delightful potatoes at the farmers’ market (Organic? But naturally!), I was really set for success. Finding organic vinegar was a little trickier, but never let it be said that I don’t know how to shop for something in particular. I spent two weeks tracking down the perfect pair of leopard-print ballet flats once; I wasn’t worried about a teensy bottle of organic vinegar holding me back.

Who knew there were different kinds and different shades of salt? Me being me, and me being fabulous, I went with the abundant pink one.

Are you kidding me? Potato chips with pink salt? I think I’m in love. Hold me.

Slicing those roly-poly potatoes was a chore. Later, I learned there are handy tools for such things, one of the tools is called a mandolin, but at the time, I couldn’t figure out how a banjo was going to help me, so I just used a good, sharp knife.

Organic, extra-virgin olive oil set me back a week’s worth of spending money, but I figure it’s good stuff and the label was way awesome.

1. In a medium bowl, toss together potatoes, vinegar, and olive oil. Let sit for about 20 minutes. (They’re shy, so encourage some mingling by tossing around once or twice while they sit.)
2. Line two cookie sheets with foil and sprinkle with ¼ t salt. Spread potatoes onto cookie sheets. Throw a lil’ extra salt on top if you are into that sort of thing.
3. Bake at 400°F until brown and crispy. (You’ll need to bake each cookie sheet separately so that the potatoes aren’t crowded. I told you they were shy. After baking, salt to taste. As soon as they are cool enough, devour. 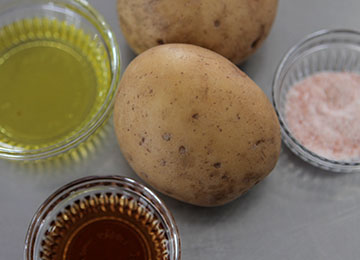 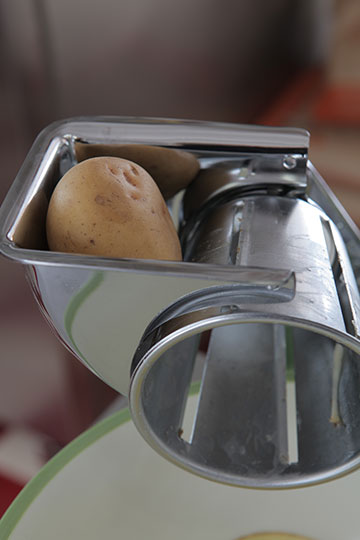 (Note to self: a mandolin is not a musical instrument, but actually a kitchen tool.
Also, a vegetable slicer or peeler works). 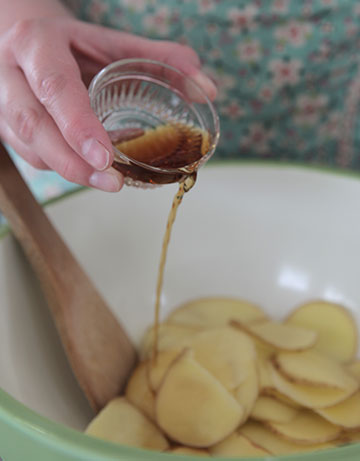 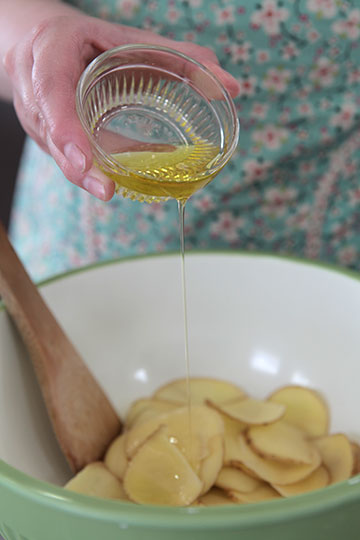 Toss potatoes with vinegar and oil and let them get to know each other for about 20 minutes. 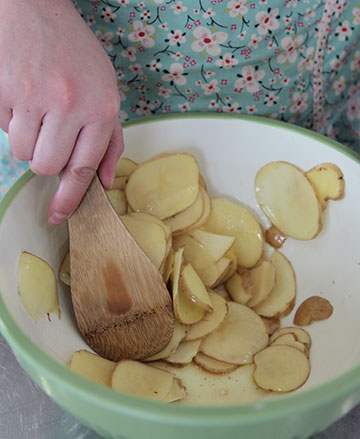 They’re shy, so encourage some mingling by tossing around once or twice. 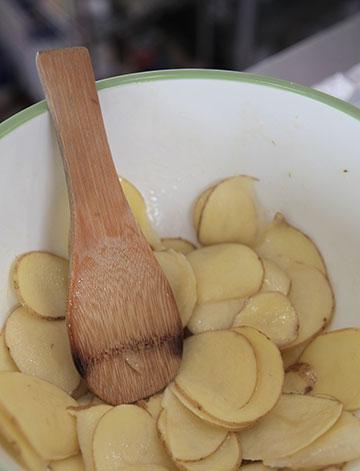 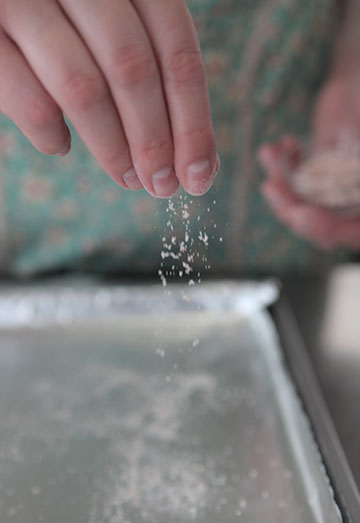 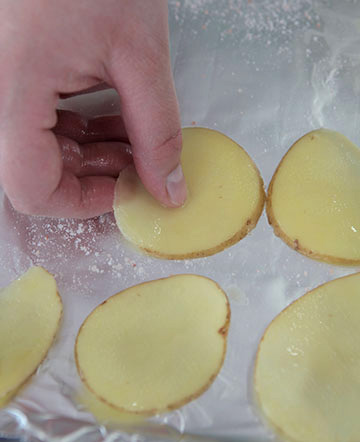 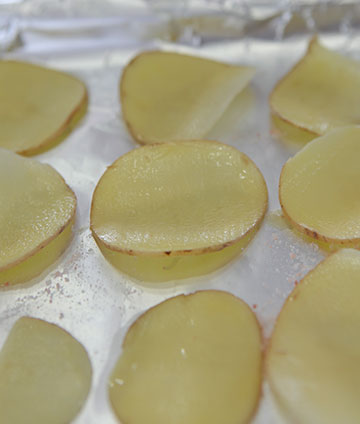 Throw a lil’ extra salt on top if you are into that sort of thing. 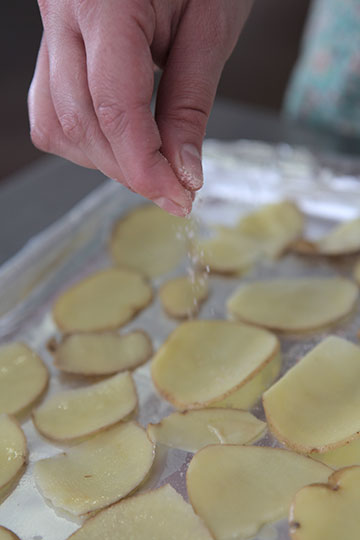 Bake at 400°F until brown and crispy. 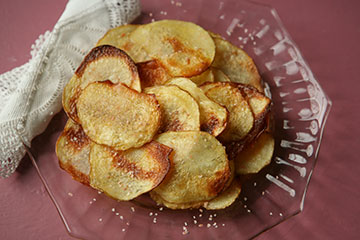 You’ll need to bake each cookie sheet separately so the potatoes aren’t crowded.
I told you they were shy.
After baking, salt to taste. As soon as they are cool enough, devour.

The verdict? Better than store bought and no need to hit the gym. These babies aren’t fried and are practically a health food! What’s that you say? Something about portion control? I can’t hear you over my crunching.