If you’re lucky enough to have a sibling with whom you’ve shared years of secrets, squabbles, laughter, and love, you’ll get a kick out of this. 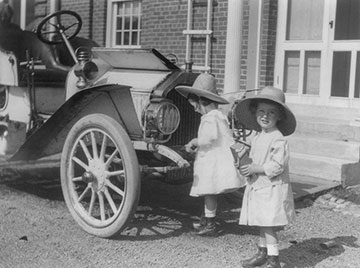 The twins were born on August 8, 1910, the year the world’s first automated washing machine was patented in the United States. Alison was the first to make her appearance (although Audrey insists her sister pushed her way to the forefront). Alison was also the first to walk, but Audrey lost the first tooth.

But don’t let the rivalry fool you. The twins were inseparable growing up, and both landed their first jobs as government shorthand typists. “We were always together, until I got married at 25,” Alison told The New Zealand Herald.

All these years later, they are still closely connected. “We both write letters every week, and I ring her up and she rings me,” said Alison.

The sisters’ secret to longevity?

According to Audrey, it has been gratitude for the blessings of good health and things of beauty.