(not to be confused with World Penguin Day, which will come around on April 25). 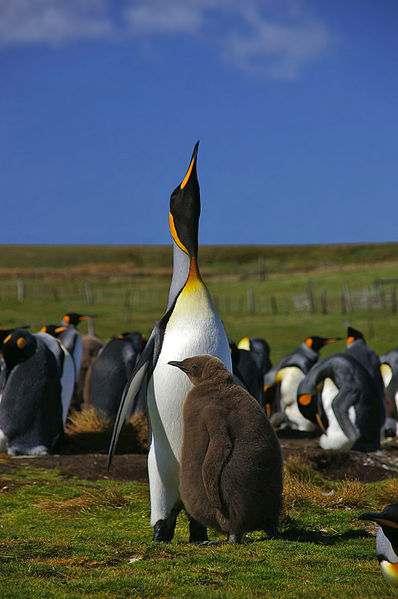 Photo of King penguins by Ben Tubby via Wikimedia Commons

I must admit, I was too.

While there seems to be no real rhyme or reason to Penguin Awareness day (unlike World Penguin Day, which coincides with the annual northward migration of penguins around about the South Pole), it’s an official day of sorts—even the Huffington Post  says so.

And why not celebrate these funny flippered birds that manage to charm us from their remote, icy realm at the bottom of the globe?

If the 2005 movie March of the Penguins wasn’t enough to pique your passion for penguins, I dare you to resist the charm of Lala, the late king penguin who would go shopping for his family at a Japanese fish market wearing a penguin-shaped backpack:

There’s just something about these birds.

On a more serious note, penguin species are in various stages of peril as a result of climate change and ocean pollution, so in addition to watching penguin movies in a tuxedo, you might consider celebrating Penguin Awareness Day by supporting the efforts of the International Penguin Conservation Work Group.

A fun way to contribute is by “adopting” a penguin. While you don’t actually get a penguin in the mail, it’s the next best thing. You donate $55 for a year’s claim to a particular Magellanic penguin in the Falkland Islands. 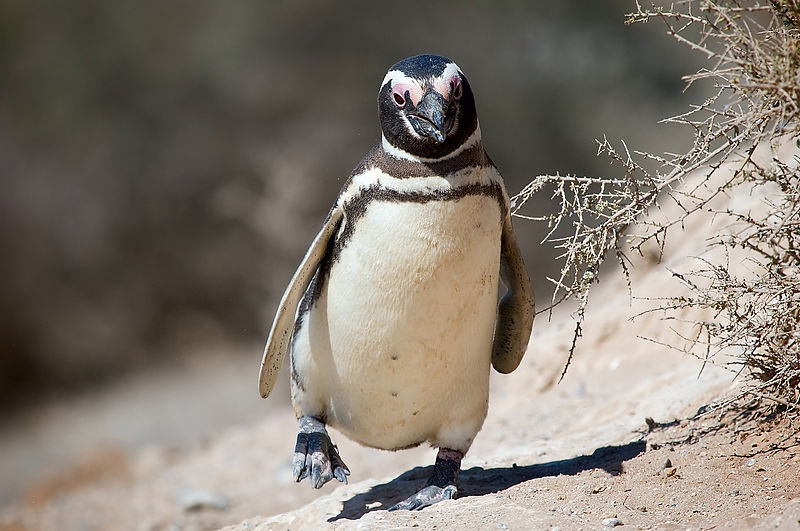 Photo of a Magellanic penguin by David via Wikimedia Commons

Other conservation organizations simply send you a stuffed toy and a generic adoption certificate, but the Penguin Conservation Work Group actually places a special marker near your penguin’s burrow with the name you choose for your penguin. They follow the progress of your penguin and send you news and pictures of the bird, its home, some of its friends, and its chicks when they hatch.

Learn more about the group’s work in this video: