The adorable, always humorous MBA Jane is my way of honoring our Sisterhood Merit Badge program, now with 6,861 dues-paying members who have earned an amazing number of merit badges so far—9,721 total! Take it away, MBA Jane!!! ~MaryJane

For this week’s Out There Kids/Park Place Beginner Level Young Cultivator Merit Badge, I channeled my inner child (and also Nora and Andy) and we went to the park.

Not having had kiddos myself, I was totally immersed and enjoying the whole “playdate” experience. I mean, I’ve scheduled playdates for my doggies and maybe one or two for the chickens (Chickens are social creatures, too, you know!), but I hadn’t seen any human ones in action. There were mommies sipping on lattes while their offspring climbed trees and daddies taking business calls while their little ones went down the slides. It was like a Norman Rockwell painting.

If Norman had had Andy and Nora with him, though, his paintings might have been a little less perfect. More like they were painted by a totally distracted adult being run ragged by two adorable urchins. Did Norman have children? Must Google that. 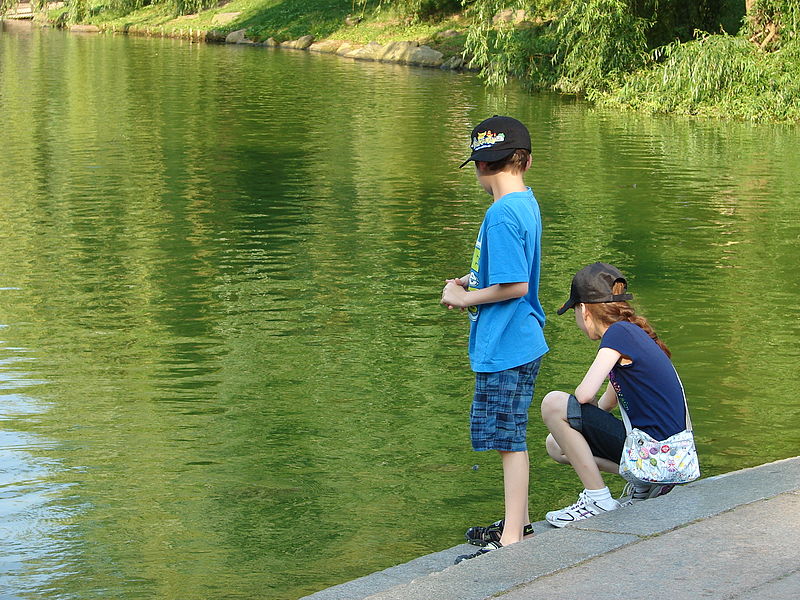 to earn their Park Place badge, they had to ignore the swing set, the game of softball in the field, the dirt-bike track, the play equipment, and basically, all the other shiny things. Oooh, chicken!

While they were busy ignoring said temptations, they were supposed to be picking up trash. Now you’d think, wouldn’t you, that would be just torturous for two flighty little rugrats with the attention spans of gnats on Red Bull? Nope.

They got totally into it. Hindsight being 20/20, I probably could have left the stabby thingy behind instead of giving one naively to Andy … You know the one. The one that stabs garbage? (Note to self: Google that as well.) He nearly shish-kebabbed everything in sight until I intervened. We won’t be telling Mom about that tiny detail. Nothing to see here. Move along. Ahem.

Stabby thingy notwithstanding, the children got into their trash experience. A little too hardily, I might say. That is, I might say that if I weren’t so busy removing their ‘treasures’ from each and every pocket, and horrifyingly shouting at Nora to spit out that piece of candy right this instant. 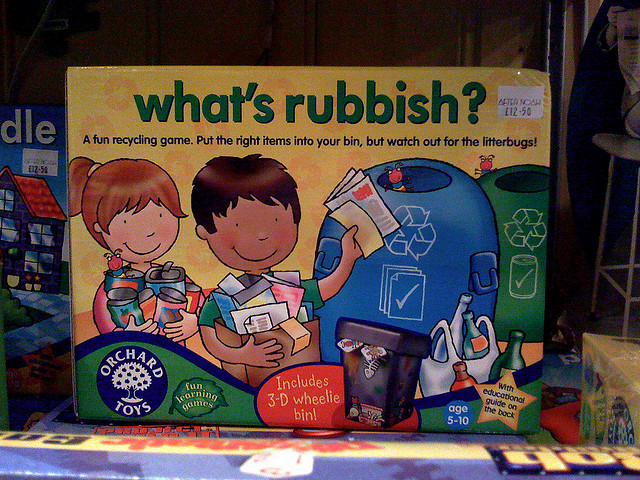 photo by Toby Bradbury via Flickr.com

I swear, these Young Cultivator merit badges are giving me gray hairs.

Germs cause stronger immunity, right? Haven’t I read that somewhere? Good. Let’s leave it at that.

They wailed when I merely suggested they throw away the trash. They were hiding broken straws, shoelaces, happy-meal boxes, plastic jewelry pieces, a dirty sock, a Barbie head, and a lid to a thermos.

Were all kids like this? So … so … hoarder-like? Or was I just lucky?

Mopping away Nora’s tears with a newfound dirty sock (ewwwww), I backpedaled my instructions and let them keep their riches. Suddenly, I could see what they saw through their innocent little eyes: that bendy straw really would make a great pirate ship mast. And those filthy pennies could be washed and used. And that sock would make a great puppet. And the Barbie head? Yeah. I got nothing there. But, oddly, it did remind me of Gramma.

Off we went, gems and jewels and archeological treasures abounding. I suppose Nora and Andy are just little scavengers and upcyclers in their little hearts-of-cotton-pickin’-hearts.

They do take after their Auntie Jane, after all.