For this week’s Stitching and Crafting/Little Scrappers Beginner Level Young Cultivator Merit Badge, I snagged the opportunity to do one of my favorite things (scrapbooking), and one thing I’d always wanted to do (ice skating).

Piper’s family invited me along on their family outing to the rink, and I was pleased as punch to lace up my new skates and try my skillz at waltzing/turning/spinning/arabesquing falling/crashing/bruising/face-planting. I’ve never been one to shy away from a challenge, so I borrowed some shin guards from Andy and placed my bike helmet safely atop my curls (better safe than brain damaged, I always say).

Piper was new at this, too, so I was not alone. Not skating, unfortunately, but scrapbooking; so I tried to convince myself we were on a level playing field. We were soooo not. Turns out, skating is much harder to master than cutting and gluing. Or at least, so I thought. (The little whippersnapper really cannot cut in a straight line. I tried to ignore it and patted her on the head reassuringly. Or at least I would have had I not been gliding by like elegant ballerina gimpy penguin.)

Piper took lots of pictures to commemorate my big day and to paste lovingly into her first scrapbook. She can really multitask; she was decorating borders at the same time she was sashaying ‘round the rink. I can relate though; I was multitasking too. I was outlining a rough draft of my Last Will and Testament as I crashed unceremoniously into a Hot Cocoa Booth (that thing came outta nowhere). 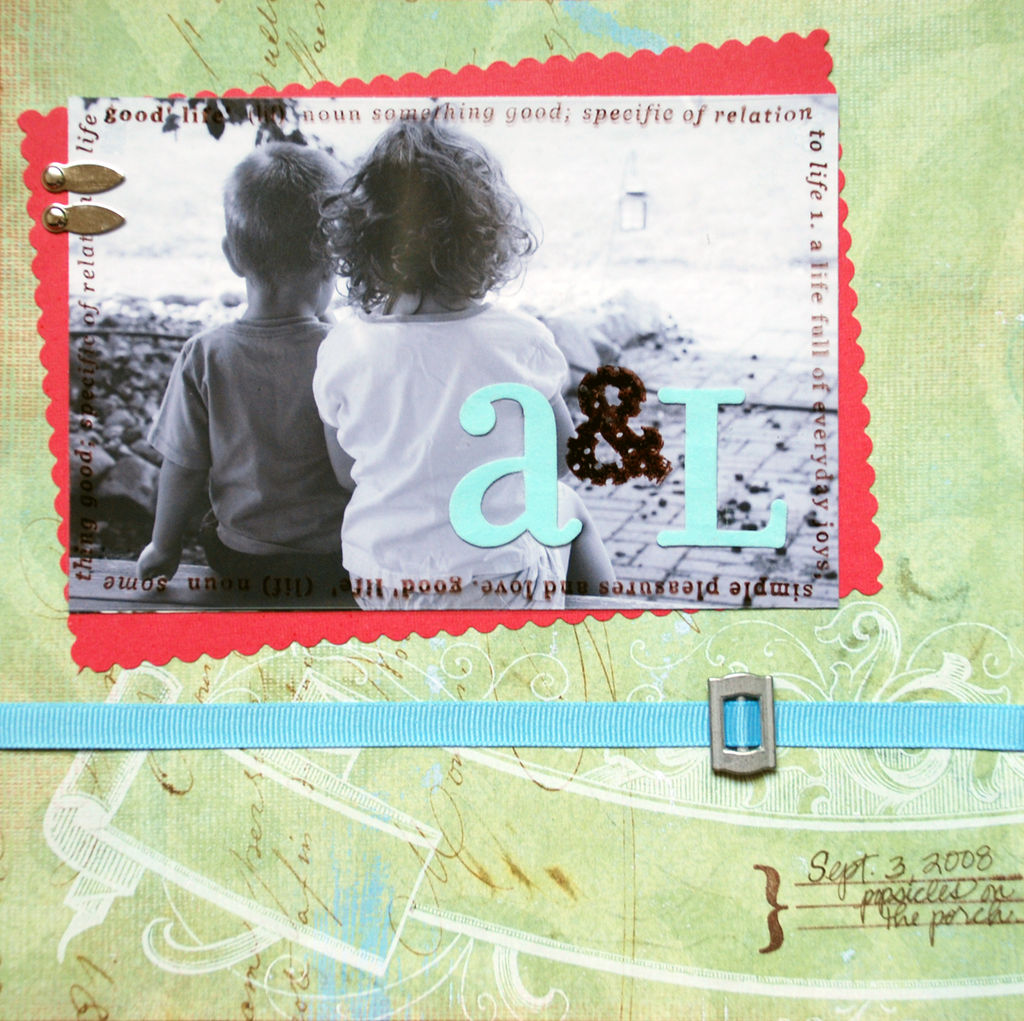 I was very much patting myself on my (thrown-out) back over the use of the helmet. It saved my noggin from crackin’ in four or five places at least, and it also came in handy as our day came to a (blessed) close and I used it to hold all of Piper’s photos on the way back to the car. She skipped along merrily, and I limped like a one-legged pirate who’d had too much rum.

I had mistakenly assumed Piper would use a digital camera, or even her mommy’s cell phone, but she had an adorable Polaroid Snap, so the photos were ready for pasting asap. Photographic evidence suggests I am a professional photo bomber, but in my defense, they were nearly all unintentional … you try staying out of a family’s nice picture when you’re standing on ice in shoes with tiny strips of metal on them. Yeah. Harder than it looks. Photo after photo, I am a blur of panic, leaving not-quite-death and destruction in my wake, as I skated by, knocking out elderly senior citizens and small children alike. Hey, don’t feel too bad; those grannies really know how to move out of the way when they’re motivated. I figure I saved them from having to go to Jazzercise this week.

I would have helped Piper more when we got home with her scrapbooking, but I needed to put a heat pack on my back and a bag of frozen peas on my tushy. She assured me she could figure out the intricacies of album arranging without me and would bring the finished product by for a looksee after my long winter’s nap and after my toes recovered from frostbite.

I’m thinking the skates will make nice flower planters. Is there a badge for that? 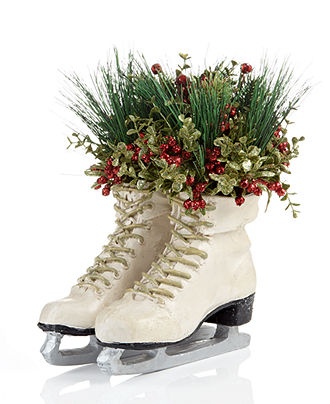