Young Cultivators Merit Badge: Weaving In and Out, Beginner Level

For this week’s Stitching and Crafting/Weaving In and Out Beginner Level Young Cultivator Merit Badge with Yours Truly and trustworthy sidekick, Piper, we got ourselves a pile of yarn. You don’t need a pile necessarily, but I had a sneaky plan to have some help unraveling my large ball of snarled fibers, and at the same time, I’d teach Pipes to make friendship bracelets. 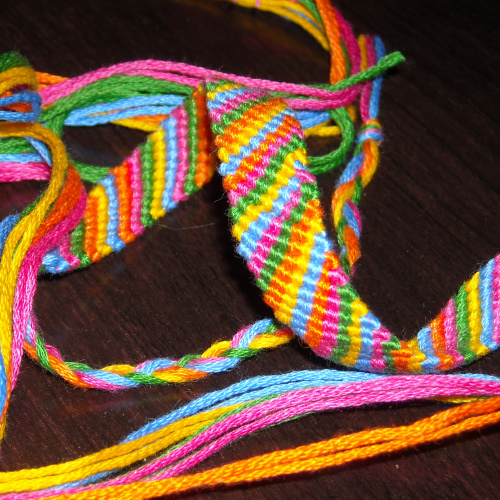 photo by eef ink via Flickr.com

(Crafty is my middle name. Both definitions of the word.)

Andy was loitering hovering casually nearby, so we ended up including him in our badge-earning process. He feigned indifference—probably because he assumed bracelets were too girly for such a testosterone-fueled mancub—but he came around when he had the bright idea to make his in sports team colors.

First, we needed to learn to braid. Piper’s mom usually braided her locks for her, so she was as new to the concept as Andy was. We took three pieces of yarn that were a bit longer than what it would take to wrap around their respective wrists. Next, we used a piece of tape to anchor them to the table. (Don’t want tape marking up your table? They can also tape them to their own pant leg. Helpful hint from me to you.)

We braided and braided. It took a few trials and errors, but the whippersnappers got the hang of it pretty quickly. Before I knew it, there were braided “tails” all over my house, taped to just about everything. It looked like a strange crime scene of Pin the Tail on the Donkey, only without any donkeys. 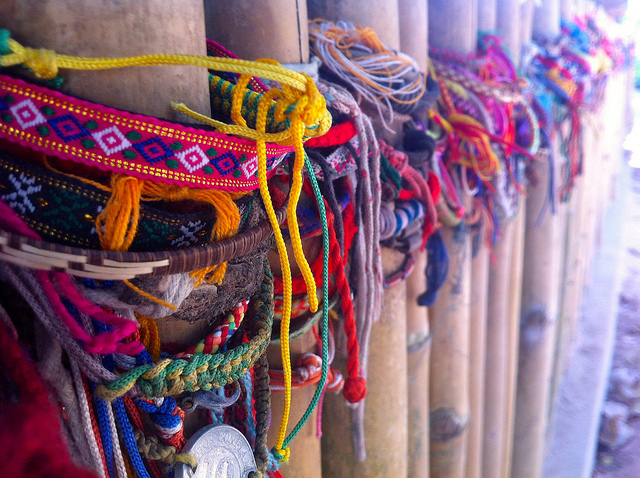 photo by Zervas via Flickr.com

Also, we were out of tape.

There were approximately enough bracelets to adorn the entire town, so we bundled up a few and braided them together. This brought our number down to a more manageable and less ridiculous amount. (Though if your town needs some accessories, let me know.)

My pile of snarled yarn had been unraveled alright, but it had dwindled to the size of a thimble. I braided my last friendship bracelet out of it and I think it really makes my nail polish pop, if I do say so myself. 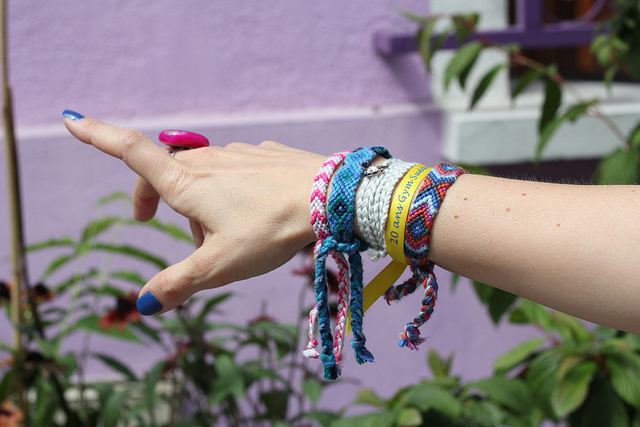 photo by KnitSpirit via Flickr.com

Piper was so bejeweled with her fabulous bracelets that she looked a bit like an over-dressed Christmas tree, and Andy appeared to be a sports fan straight outta Woodstock (if there ever was such a thing). However, they were happy as clams, so I picked up the nearly 1,384,563.877 tiny snippets of yarn they had left behind in their efforts to achieve the perfect length, and called it a day.

Intermediate Level for this badge? Making more out of different materials, gifting them to friends, and also buying Auntie Jane a new roll of tape.