Have you been to Guatemala? My husband, Lucas, and I will be traveling there soon for work, so I looked up a few facts that probably won’t aide me in my travels, but you never know.

The Guatemalan flag has three equal vertical bands of color—light blue/white/light blue with a coat of arms in its center. Both the outer blue bands stand for Guatemala’s two water borders, the Caribbean Sea and the Pacific Ocean. The white band in the middle denotes peace and purity. The coat of arms is a pair of crossed rifles to signify Guatemala’s willingness to defend, a pair of crossed swords to signify honor, and a laurel wreath to symbolize victory. The flag also bears a scroll with the September 15, 1821 date of independence from Spain and their beautiful national bird, the quetzal. 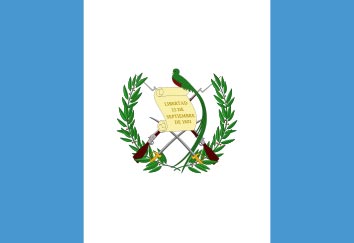 The flag of Guatemala, Courtesy of Wikimedia Commons, K21edgo

Interestingly, their currency is named after this stunning bird. They trade quetzals.

So, a little further research, and low-and-behold the quetzal’s beautiful lengthy tail feathers were used as currency by the Mayan people. Very cool, however, I will be using the current typical-looking banknotes for my purchases. 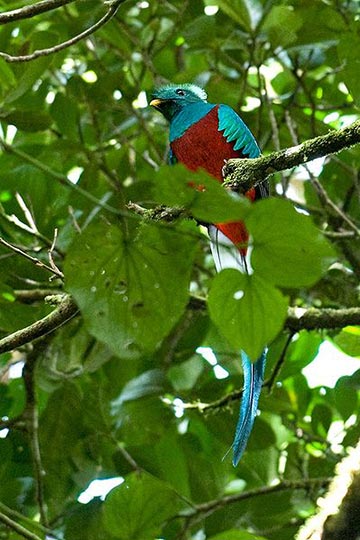 And just in case I happen upon a quetzal flying overhead, I plan to have my camera ready.