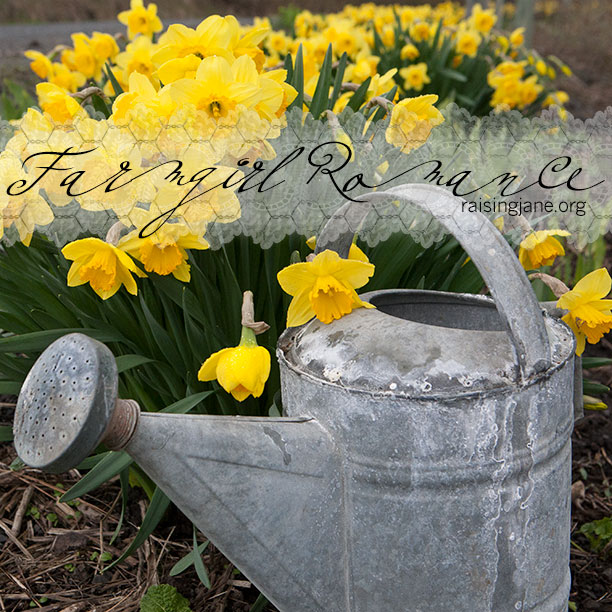 Today’s NEWS from Oregon: 2 Teen Girls Save Dad By Lifting 3,000 Pound Tractor Off His Chest

Jeff Smith, at home recovering from a broken wrist and compression injuries, was saved by his 14-year old daughter, Haylee, and 15-year-old daughter, Hannah, and their amazing feat of strength. Jeff was pushing his tractor against a stump when his foot slipped off the clutch. The 1949 Ferguson tractor walked up the stump and flipped over backwards, crushing him beneath the steering wheel. “We heard him yelling. When we got there, his face was white, his eyes blood red, and he couldn’t breath.” said Haylee. “So we each grabbed an axle, counted to three, and lifted.” Jeff was able to get one precious breath of air. They lifted again. He was able to scoot over enough for his lungs to fill but his arm was still pinned. One of the girls went for help while one of the girls stayed with him, continuing to dig beneath him with her hands so he could continue to breath.

It’s been almost three years since the publication of the groundbreaking book,

Half the Sky: Turning Oppression into Opportunity for Women Worldwide.

Have you read it? 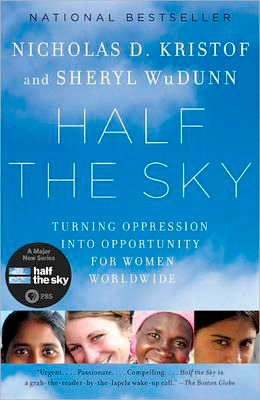 If not, skedaddle on over to your favorite book shop and pick up a copy.

It’s not just a book.

From the seeds of the book sprouted a PBS television series, which branched into websites, blogs, art exhibitions, music, and a social media tour-de-force.

Like I said, this thing is on a roll.

The latest limb in the Half the Sky mega-movement is deceptively diminutive:

But when you consider the multitudes of Facebook members worldwide, a game to engage people in women’s issues is nothing short of

The book and TV series attracted attention from those who already care about the challenges facing women around the globe, says the book’s co-author Nicholas Kristof. But the Facebook game is intended to reach those who don’t yet know the gravity of the problem.

Half the Sky Movement: The Game introduces you to a fictional character named Radhika, described as “a simple woman from India who wants to make things better … for both herself and women worldwide.”

From Radhika’s perspective, you set off on a series of quests, facing issues and making choices that many women must deal with daily in terms of health care, education, meager income, gender bias, family matters, personal safety, and so on.

The game begins in Radhika’s home country of India, and from there you travel to Kenya, Vietnam, Afghanistan, and the United States, eventually becoming a global leader and a role-model for women worldwide.

“I hope that it will lead people to some degree to think about that perspective and the choices—often impossible choices—that women like [Radhika] face every day,” says Kristof.

Along the way, you encounter opportunities to unlock real-life donations from sponsors that reflect the important issues portrayed in the game, and you can also choose to donate directly to the game’s nonprofit partners, including The Fistula Foundation, GEMS, Heifer International, ONE, Room to Read, The United Nations Foundation, and World Vision.

In Gothenburg, Sweden, you can book a stay in, say …

an abandoned café or a dark corner of a fishing wharf.

Mind you, it was only about 20°F in Gothenburg last week.

These accommodations are all about empathy, not luxury. 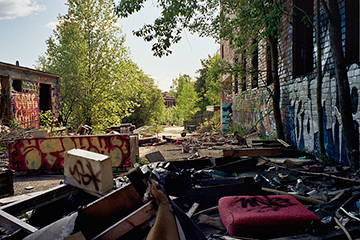 Gothenberg, Sweden’s second largest city, has about 3,400 homeless people within its limits, and Swedish advertising agency Forsman and Bodenfors is determined to chip away at that number using an unusual tactic:

Faktum Hotels. (And you thought this post was leading into something to do with April Fools Day.)

“We have chosen 10 of the places where the homeless might spend the night and made it possible for you to book a place. Just like any hotel,” explains the F&B website. “You can book for yourself or as a gift for somebody else. Either way, the money goes to our work for homeless and socially vulnerable people.”

Personally, I’m partial to Room Number One. For about 15 bucks, you get to nestle into a well-worn sleeping bag in a private grove of Haga Park … 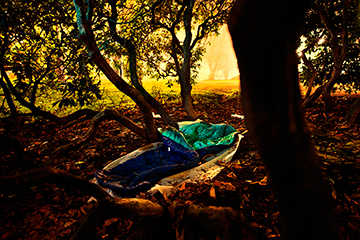 If the notion of packing your jammies for a night on a park bench makes you shudder, rest assured.

Faktum Hotels are actually an elaborate work of fiction, but the idea is catchy, and the mission has a heart.

“Faktum Hotels are not real hotels where you can book real hotel accommodations. It’s a smart way to support Gothenburg’s street newspaper, Faktum,” the Faktum founders who are using the money for a good cause confess. “We provide those most in need with an occupation. This helps them to take a step towards a more structured life, as the work involves responsibility, routine, and the opportunity for a positive social exchange—things that are vitally important when trying to find somewhere to live. Or build a life, for that matter.”

Do you think this sort of scheme would fly here in the U.S.?