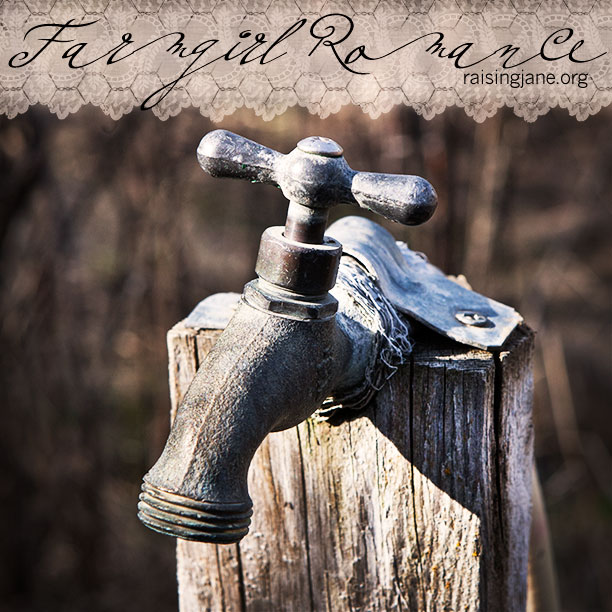 Wasn’t it Gandhi who said, “Be the change you want to see in the world.”?

Well, in the case of Canadian artist Aganetha Dyck, perhaps it might be more apt to say, “Bee the change.” 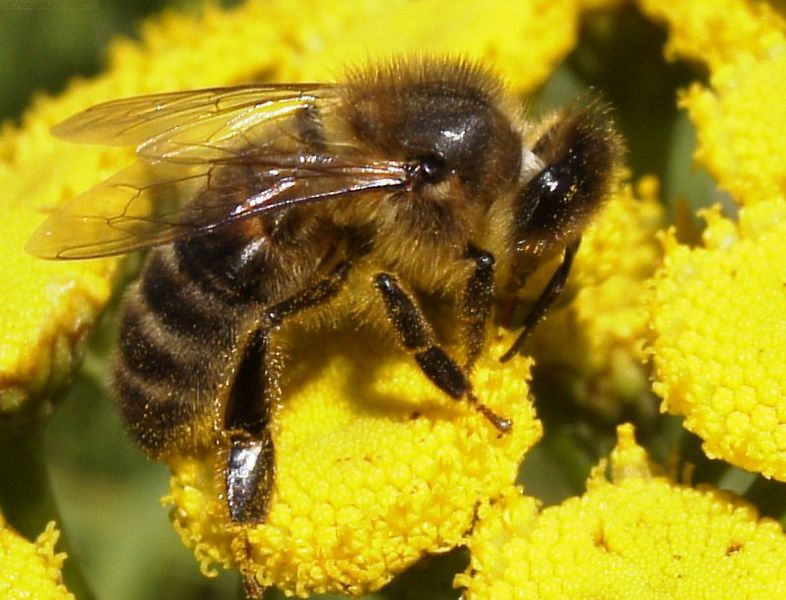 In 1991, Aganetha forged a fascinating collaboration with honeybees in order to create works of art. 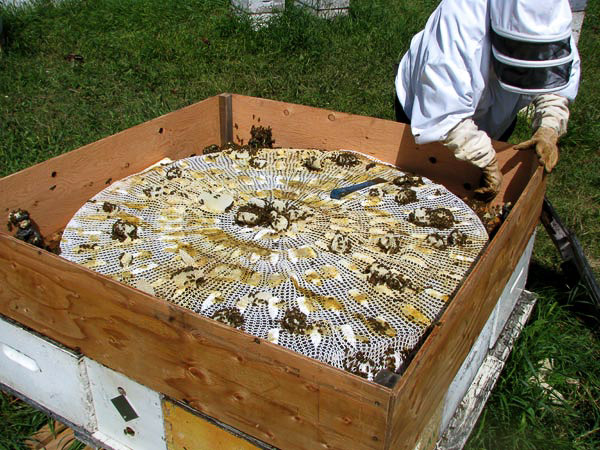 Photo by Peter Dyck via Aganethdyck.ca

Beyond encouraging focus on the crisis of colony collapse, she also had a more intimate intention—drawing humankind’s attention to the miraculous and fruitful relationship that exists right beneath our noses.

“I am interested in the small, in the really tiny of the world,” she has explained. “We’re going so fast, because we have so many people to feed and house, and so we just bulldoze ahead. It’s the simplest things that already exist and work so hard for us that I think we’re kind of ignoring.”

One of Aganetha’s most charming series is called Masked Ball, which features delicate porcelain figures in formal finery that have been further adorned by bees. 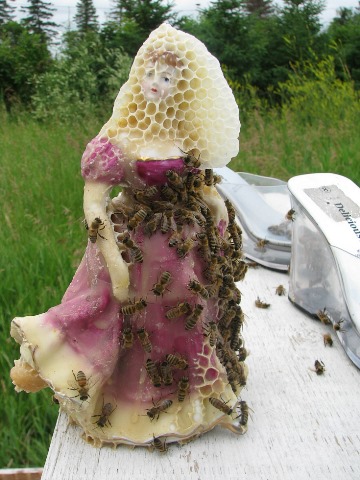 Embedded in hives for up to six years, these figurines are transformed by coifs, ruffles, and veritable auras of golden beeswax, crafted by the bees themselves. 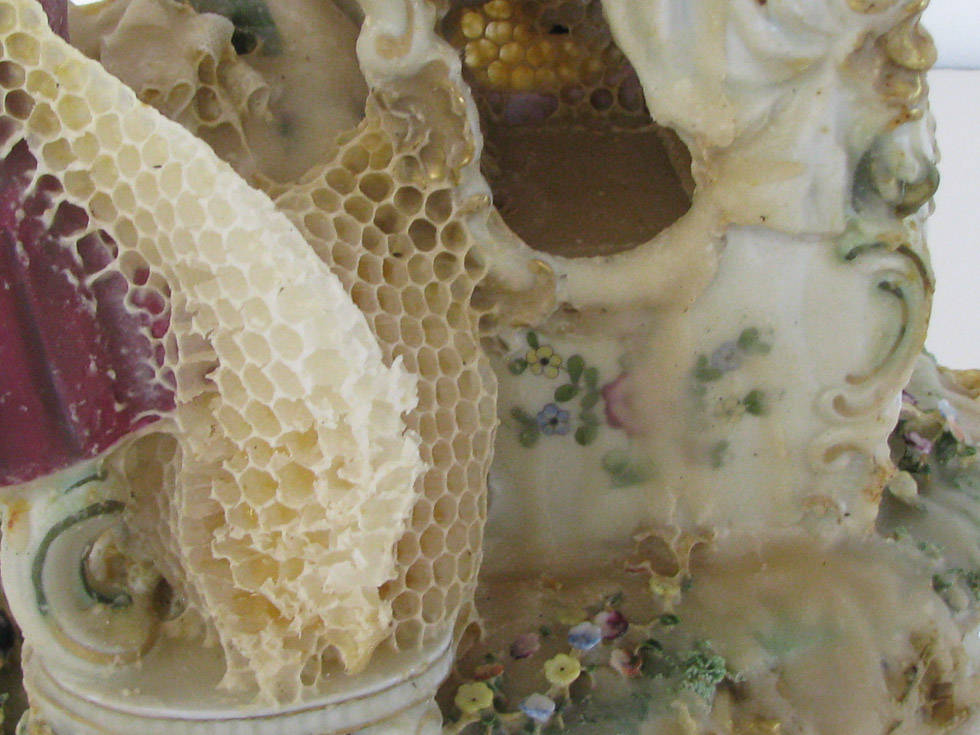 Photo from the Masked Ball series via Aganethdyck.ca

These pieces are not only a curious pleasure to the eye; they also represent a metaphor of the interconnectedness between species.

As blogger Artisword elegantly states, “The Masked Ball functions to highlight the productive aspect of the human-bee relationship, illustrating its mutually creative potential by exhibiting the product of combined interspecies work. The finished pieces are graceful, for the bees often follow and extend the curves of each sculpture with their wax, in a sense continuing and expanding upon the work of the original human sculptor. The manner in which beeswax adorns these small human figurines is both decorative and protective, and creates the most literal metaphor of an idealized human-bee relationship. The bees swarm these delicate human figurines not to attack or destroy them, but to build upon, protect, and beautify them.”

Aganetha employs specially designed hives that allow her to introduce an object without disrupting the colony. She removes the “sculpture” after it is sufficiently covered with lacy honeycomb, a process that can take anywhere from a few weeks to years.

Never mind that she has been diagnosed with a bee allergy … 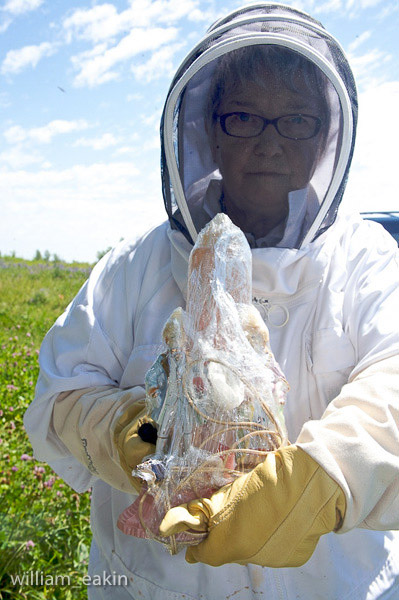 Photo of Aganetha Dyck by Peter Dyck and William Eakin via Aganethdyck.ca

The Masked Ball series and a selection of Aganetha’s other works can be seen at the Ottawa School of Art through April 13, 2014 in an exhibition entitled Honeybee Alterations.

If you can’t make it to Ottowa, enjoy a virtual tour of the artist’s work here:

Get Out a Hankie

Before you go any further, grab a hankie.

Otherwise, happy tears will be pooling into your lap after watching this video.

Are you ready? Hankie in hand?

As you might imagine from watching adorable Emily James caress her flowing pre-cut locks, her favorite princess is Rapunzel.

Hair is serious business to this 3-year-old.

But, “serious” took on a whole new meaning when Emily decided to cut her hair and donate it to kids who’ve lost their hair to cancer.

Emily’s mom, Amy, had donated her own hair in high school and thought it would be a win-win way to tame Emily’s unruly locks (if you’ve ever tackled a little girl’s tangles, you know how trying it can be!).

“We hope to instill an attitude of giving to all of our kids,” Amy James told Today.com. “We want them to realize that everything we have is a blessing from God and it’s really important to give to others when we can.”

Emily agreed to let her Uncle Matt, a stylist, cut her hair—on one condition.

Her Rapunzel doll had to be shorn too, too.

Following the haircut, both Emily and her mom (and, presumably, Rapunzel) reported that they were enjoying the low-maintenance style and felt happy about sending six inches of lovely locks to the Canadian Cancer Society, where they are destined to become a wig for a pediatric cancer patient.