I like garlic. It’s not good to eat when you’re on a date (learned that one the hard way), but it’s pretty delish.

Anyway, speaking of garlic … I remembered a story about my Auntie Anna and Uncle Umberto.

Uncle Umberto was a big, handsome guy. Good intentions … but between you and me, sometimes he was a little late to the party, if you know what I mean … 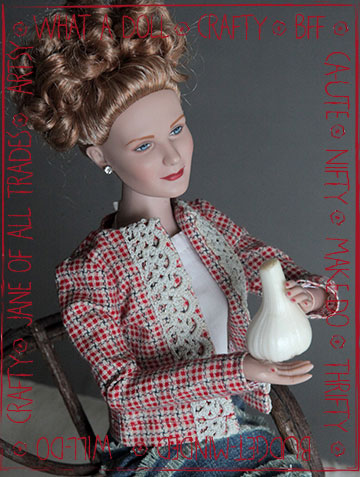 Like, one year Auntie Anna reaaaaaally wanted a new pair of boots for her birthday. They were all she talked about. Talk about hints! She was droppin’ them everywhere—she even taped up pictures of the darn things all over the house.

So what do you think he got her?

Wrapped it up in a big, giant bow and everything.

Now, if it was me, I would’ve suggested to Uncle Um that he return that hideous thing pronto—or else he’d be be doing all the vacuuming for weeks, maybe forever.

But not Auntie Anna. She was a cool as a cucumber, sweet as pie, darlin’ as a dumpling—

—hey, is it lunchtime yet?

Anyway … much to my surprise, Auntie Anna looked at Uncle Um all sweet-eyed and smiles and said, “Thank you, my big pilgarlic dear.”

I quickly took Auntie Anna aside and asked, “Color me bewildered, Auntie Anna, but you wanted boots and he got you a cleaning machine—aren’t you a little upset? And what on earth is a pilgarlic?”

That’s when she explained.

My always-informative Auntie Anna told me that a pilgarlic used to be a slightly sarcastic word for a bald man—as his head resembled peeled garlic. Then the word evolved to mean a poor, clueless fellow. A forlorn sort of character.

Girls, I don’t know about you, but I rarely shun a man, and I’ve met a few shiny-on-top fellas who’ve made me swoon. I think a man sans hair can be rather dashing. (I guess Auntie Anna does too—Uncle Um is as bald as the day he was born.)

Now, obviously my head was spinning with all this new information (yours might be, too), but I was beginning to understand. Auntie Anna was chiding Uncle Um in her own secretive, softly sarcastic way.

And just as I was thinking how sweet that was, she pulled me aside and said,

“C’mon, Jane. We’re going shopping. I’m gonna go out and buy those boots myself, and I’m gonna wear ‘em every time I vacuum …

… and then I’m gonna make your Uncle Umberto a big ol’ plate of spaghetti for dinner—with extra garlic.”

So, here’s a new word for you: pilgarlic.

1. a person regarded with mild or pretended contempt or pity.

Come to think of it, my mother used to say to me when I was kid, “Jane, you’re such a pill.” Well, now that I’m an adult, I can be “such a pilgarlic” when the ditzies hit.