The word I’m looking for is: Siwash.

Si•wash [sigh-wash] … she said with an bold sigh before starting her wash.

This word gets around. It’s a noun. It’s an adjective. It’s even a verb.

Declare a definition? It depends …

Are we talking fashion, folly, folklore, or maybe a night on the frontier?

Siwash, as a noun, can mean four (and probably more) different things:

1. A heavy knitted sweater, originally created by the Cowichan people of British Columbia, that’s decked out with fish, deer, bears, and other natural decor

2. A derogatory racial description of a Native American from the Pacific Northwest (derived from the French term “sauvage” and used disparagingly by early traders to denote a “wild savage”)

3. A brisk Pacific wind that blows up out-of-the-blue

4. A mythical giant of Chilko Lake in British Columbia who was said to track and haunt those who sinned against the spirit of the land

As an adjective, siwash means nothing nice (worthless, stingy, and basically bad).

As in: “I took my car to the shop for a tune-up, and the siwash mechanic robbed me blind!”

But, rest assured, I’ve saved my favorite definition for last.

In action, siwash is adventurous and rugged. It’s all about taking to the woods with little more than a pack and a prayer.

A fellow named W. Douglas Burden described it nicely in his book, Look to the Wilderness: “Siwashing is the only way to travel in the hills, but I began to realize that it automatically involves a contest in toughness. ‘Siwash’ is an Alaskan term meaning Indian and ‘siwashing’ is to camp the way the Indians do—with nothing but rifle, fry pan, tea pail, salt, tea, and a little sourdough. Siwashing releases you from the necessity of returning to any fixed campsite. You are free to go where you please, to move as the spirit moves you.” 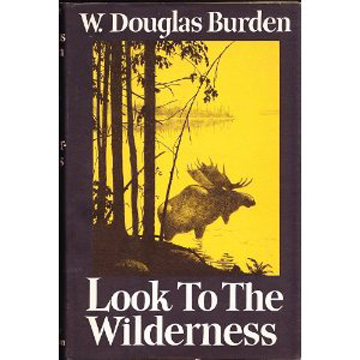 Look to the Wilderness by W. Douglas Burden

Out here on the road, traipsing across the countryside in my lovely little trailer, I’m not exactly roughing it, but I love the freedom to move as the spirit moves me, and I hope you feel it too.

Whether you’re backcountry-bound with boots ‘n bravado or getting gussied up for a glamping trip, may the spirit of siwashing unleash your inner wild.