The adorable, always humorous MBA Jane is my way of honoring our Sisterhood Merit Badge program, now with 6,269 dues-paying members who have earned an amazing number of merit badges so far—8,908 total! Take it away, MBA Jane!!! MJ

I’m blushing to admit that A) I have never really learned the difference, and B) I have mixed them up more than once. And just a friendly helpful hint from me to you: baking powder does not a Red Devil Cake make.

It turns out the two are amazingly similar: so similar, in fact, that you would think they are interchangeable. But alas … weeping and gnashing of teeth … negative, ghost rider.

Although you can, in a pinch … (Get it? A pinch? A pinch of soda? HA!) … use powder in place of soda, though you would need a larger amount. But vice versa? Just ain’t true, Magoo.

Both are basically sodium bicarbonate, but baking powder has other ingredients as well. 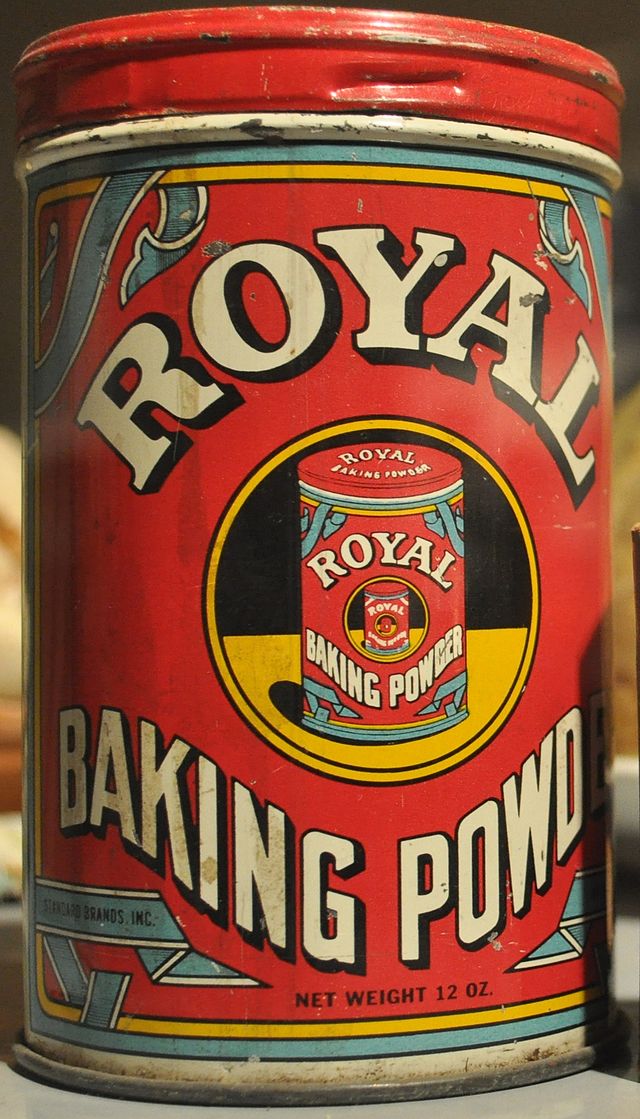 “What’s the difference between baking soda and baking powder? Short answer: acid. But it can make a big difference for baked goods, so let’s explain.

Baking soda has only one ingredient: sodium bicarbonate. Sodium bicarbonate is a base that reacts when it comes into contact with acids, like buttermilk, yogurt or vinegar. This reaction produces carbon dioxide (CO2) in the form of bubbles, like a liquid foam (think of the grade school experiments involving fake volcanoes, vinegar and baking soda). When making baked goods, the process is called “chemical leavening,” because the trapped CO2 gas makes the dough or batter rise.

But when baking soda comes into contact with an acid, it pretty much reacts immediately. And that’s a problem.

For many baking recipes, you want an extended reaction, so that the rising doesn’t take place all at once.

Baking powder addresses this problem because it is “double acting” – it has different ingredients that create CO2 gas at different stages of the baking process.

But to extend the chemical leavening process, baking powder also contains a second acid, either sodium acid pyrophosphate or sodium aluminum sulfate. Neither of these acids react with sodium bicarbonate until they are both: A) wet (i.e., stirred into the batter) and B) hot.

In other words, sodium acid pyrophosphate and sodium aluminum sulfate won’t start reacting with the sodium bicarbonate until after you’ve put the dough or batter in the oven. This means that the batter rises for a longer period of time, making lots of bubbles (and a fluffier cake, muffin, or whatever).”

Anyway, enough of the science-y stuff, gals. Just call me Jane the Brain.

Onto baking some bread in order to earn my badge … let the smacking of lips begin.