For this week’s Make It Easy/Put Me In, Coach! Beginner Level Young Cultivator Merit Badge, I wrangled Andy off the couch.

This may sound easy enough, but it was kinda like wrestling a lethargic octopus. Once I finally got him off the furniture, his body left an Andy-shaped dent in the cushions. I lectured him about the seriousness of bed sores and gangrene setting in.

“But, Auntie!” he wailed. “Summer vacation!”

“Summer’s over, kid,” I answered, trying to fluff the pillows. They were a loss, so I settled for hiding the remote control in the potted fern.

“Stop making me do stuff …” He flopped onto the floor.

“Oh, no, you don’t, young sir,” I replied, flipping him back over. “No indentations in the carpet. Come on. We’re going out for sports.” 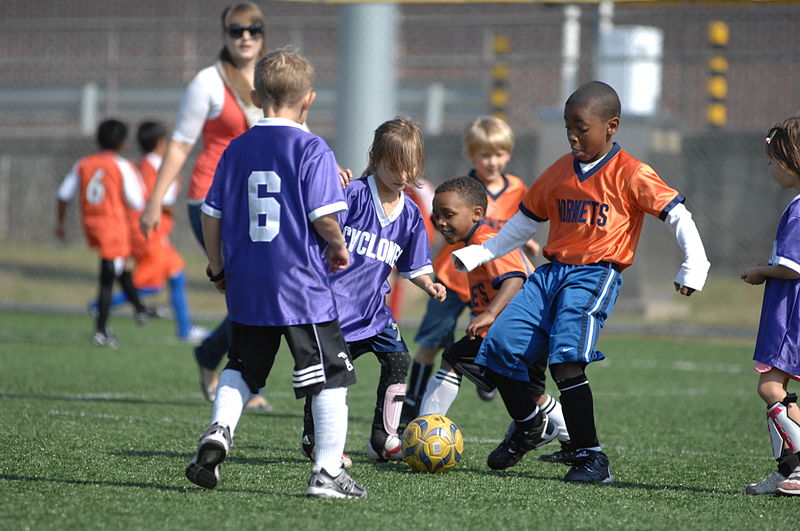 That got his attention. Well, by ‘got his attention,’ I mean that he blinked twice, which I took to mean he was down with the plan. Sometimes with preteens, you got to take what you can get as far as Proof of Life.

In the car, we talked over what kind of sports or activities he would like to try. The kid mumbles a lot so I went back to the blinking form of communication. Then he said something that sounded like mumbo-jumbo,

“Parkour, Auntie. Now that you’ve got me thinking, I have always wanted to do parkour.”

He sighed, and passed me his phone where he had pulled up the definition. Ah-ha!

: the sport of traversing environmental obstacles by running, climbing, or leaping rapidly and efficiently

I got it then. “Ninja stuff! Spiderman! Yes?” 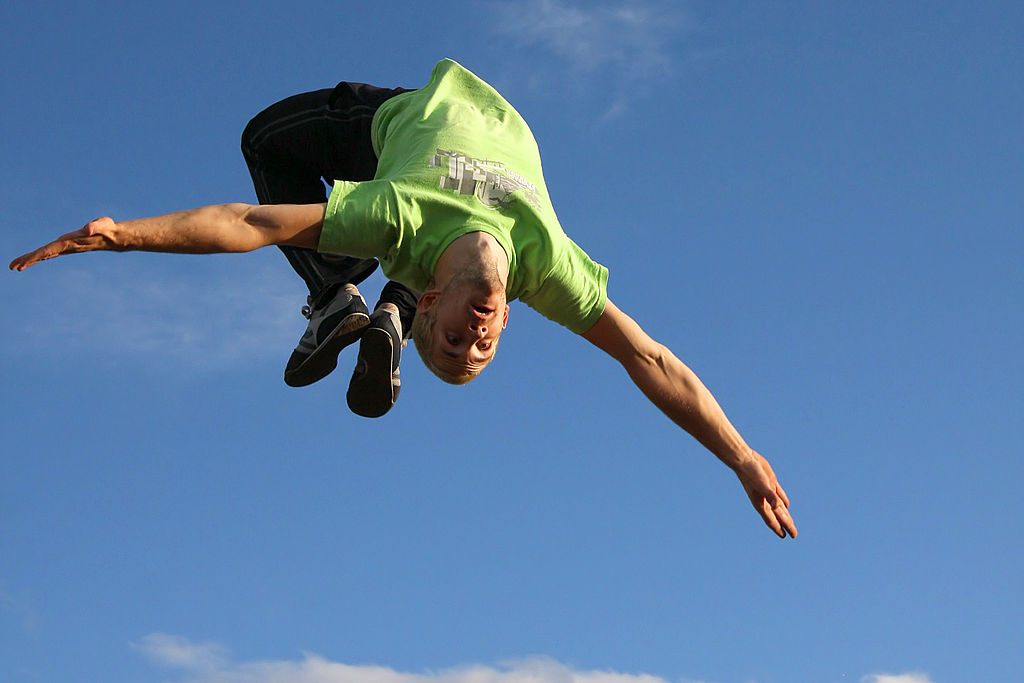 photo by amagill via Wikimedia Commons

Well, color me red but I didn’t know there was a name for such shenanigans, much less places you could go to take actual lessons in jumping off buildings, flying down rooftops, and launching your body through space. It seemed a little dangerous (And something I might have to sugar-coat to Andy’s mom. Ahem.), but I was happy to see my little merit-badge protégé getting excited about something.

In order to fully supervise the imp, I signed up for a class myself. Oh yes, I did!

I admit I was nervous, but luckily the instructors didn’t expect me to leap tall buildings in a single bound right in the beginning. In fact, there were no tall buildings in the gym. Whew. What they did have were large wooden boxes in different shapes and sizes, rock walls, ledges, ropes, mats, and all sorts of other obstacle-course-type things.

Since I’m one of those persons who can trip over flat surfaces, I let Andy give it a go first. It was nice to see him breaking a sweat, running around like a chicken with his head cut off, and practicing his new skills. Much better than say, watching him play video games till his eyes crossed and spider webs formed in his hair.

I even got to try my hand at jumping across long distances, pulling myself up a wall, and rediscovering the lost art of somersaults. I felt rather ninja like, I must say. I even hummed my own theme music.

On the way home, Andy thanked me for getting him out of the couch cushions. He even used real words (not blinking).