If I had said to you at Christmas dinner, “I just had a merry thought … why don’t we have a go at the merrythought,” you’d probably think I was losing my grip.

But actually, my grip would have been gearing up to grasp at something …

on the holiday turkey.

And challenging you to a little contest with a lucky outcome … 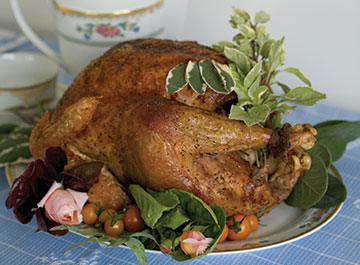 1. the wishbone or furcula of a fowl.
1600-10; so called from the custom of pulling the bone apart until it breaks, the person holding the longer piece supposedly being granted a wish … or marrying first!
Or would that be marrythought?