Girls, do I have some words to dish to you about.

Or, maybe I have a dish to have a word with you about.

Have you ever heard of something called scotch woodcock? 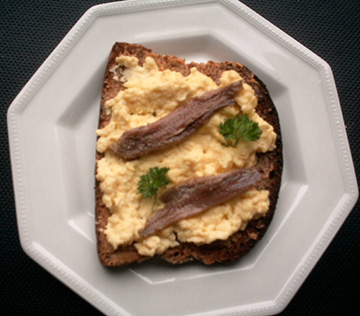 Not that a drunken bird would be any better, but … eww.

It’s a Victorian era savory “treat” that was often served after a meal at places like the House of Commons and the universities of Oxford and Cambridge in the United Kingdom.

I’ll take my scrambled eggs and buttered toast without the anchovies, please.

As a matter of fact …