Here’s another quick and easy soup leading up to the big day. Potatoes! Nothing says comfort like potatoes. 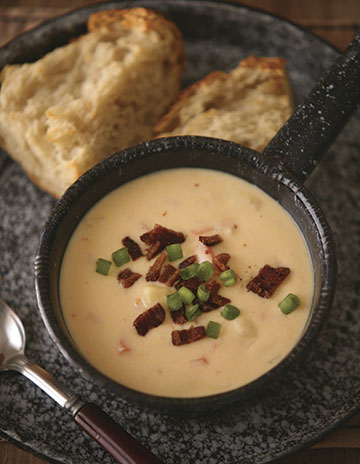 Happy Monday morning! Hope you all had a wonderful weekend. We spent the weekend whipping up a few handmades. 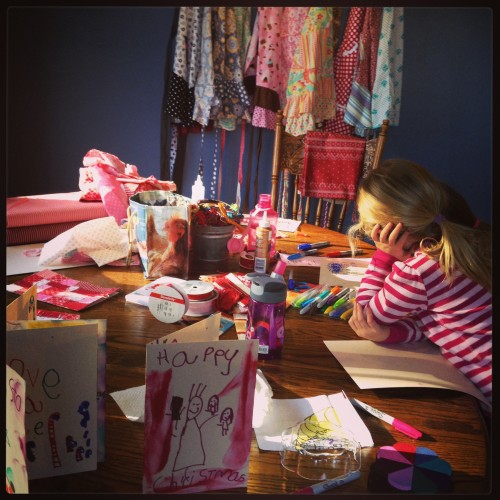 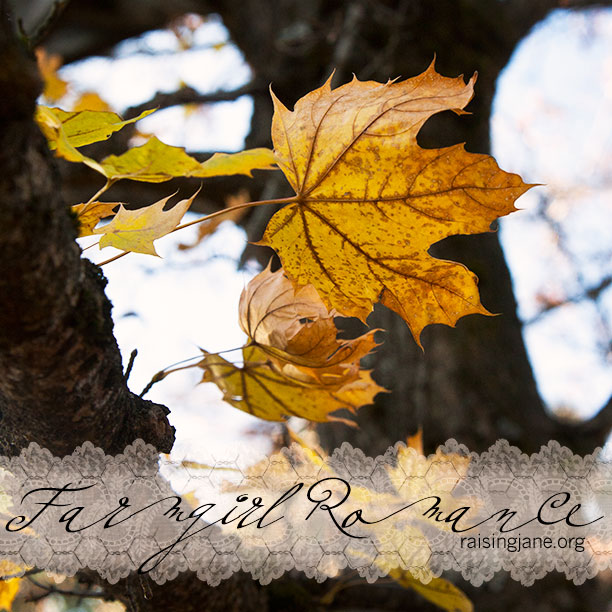 How about you? Do you have simple soups in mind prior to the big day? I do. 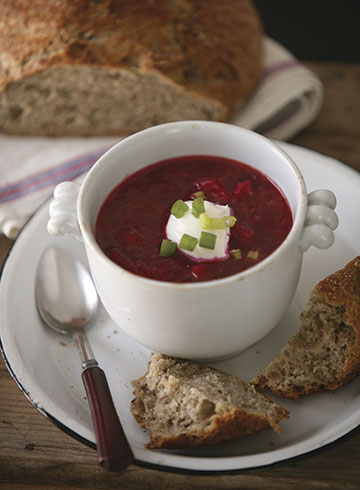 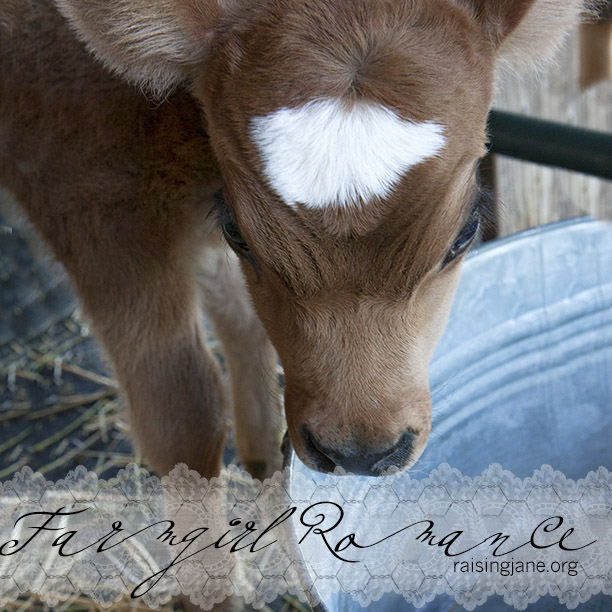 Weren’t we surprised. On September 1, I brought home Sweetheart, a gorgeous Jersey queen from Kansas. She traveled here with her fellow, a bull named Samson, that I had also purchased. Their previous owner had only recently allowed them to be together. Fine with me.

During the month of October, I left them together, hoping for a pregnancy. After 30 days, on Oct. 1, I did a blood draw. Yup, she’d gotten pregnant, with Samson … or so I thought. Turns out, she was already pregnant when she arrived. Very pregnant. According to my calculations, she’d be having her first baby the end of May. However, on Tuesday, Charlie, pictured here, was born. Who was the lucky guy that beat Samson to the …

Welcome Charlie!!!! (Properly Charles.) Just poor timing, with winter already here and temperatures hovering around 15 F the first night you were born. Just glad we found you in time to get you inside. 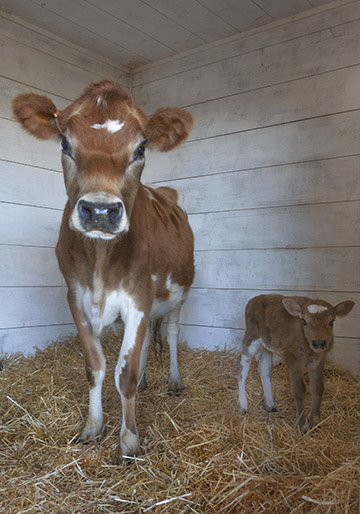 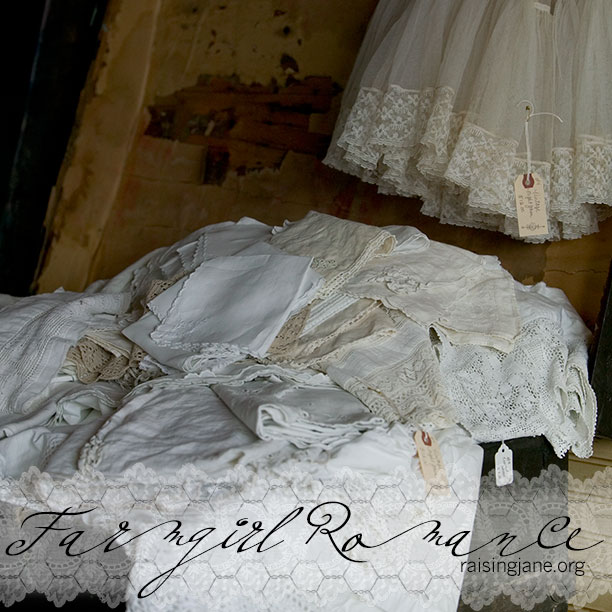 My featured Merit Badge Awardee of the Week is … Megan McIntyre!!!

Megan McIntyre (#5220) has received a certificate of achievement in Each Other for earning a Beginner, Intermediate & Expert Level Blogging Merit Badge! Great job on knocking out all three levels, Megan!

-Read Blogging for Bliss: Crafting Your Own Online Journal: A Guide for Crafters, Artists & Creatives of all Kinds by Tara Frey – Check!

-Choose your topic. Pick something you are passionate about. Check! Ramblings and Creations: coop to craft. hive to home.

-Start your blog. Find a blogging host that works for you, or host your own. Started Sunday September 9, 2012.

-Pick out a name, and publish your first post. Odds & Hens (after an exhaustive week of word play), next blog idea “Ravenous Me”…

-Don’t forget to add your blog to MaryJanesFarm’s GirlGab.com. Done!

-Learn how to add pictures and customize your blog. Complete nearly every post! My most recent customization is the Book Review Library

-Publish at least 10 posts along with photos. Now up to more than 170 posts and several photo galleries

-Network! Create a blogging circle by visiting other blogs, writing comments, and leaving your blog’s address so they can visit you, also. Remember, building a blog and finding readers takes time. Be patient and have fun. Started, but will never complete! I also attended a local blogger’s summer camp so I didn’t get so lost in the virtual nature of blogging.

I have loved the experience of blogging. Learning about myself, being a better person, tapping into my skills and entertaining people. I plan to keep on blogging and gaining followers and traffic. Where this will take me? Nobody knows, but if this became a bigger part of my life than it already is, that is ok with me! I keep reading articles about SEO and other blog management topics. Have employed some of them and seen results. My first guest blog opportunity is coming up in the next several months.” 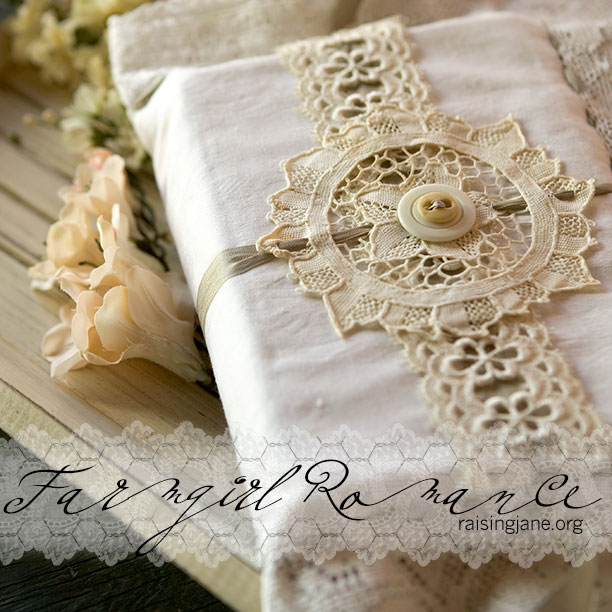 who is armed with markers?

Eager to try out a special new sketchbook she’d ordered for herself, Mica attempted to sit down for a bit of “mommy time” drawing when her 4-year-old daughter snapped to attention.

“OOOH! Is that a NEW sketchbook? Can I draw in that too, mama?”

Reluctant to relinquish her project …

(“I’m all about kids’ crafts, but when it comes to my own art projects, I don’t like to share.”)

She told her daughter that she had been planning to add a body to the woman’s face she’d just drawn.

“Well, I will do it,” her daughter declared resolutely, and she grabbed the pen.

One page, Mica resigned … I can sacrifice one page.

She didn’t anticipate the absolute wonder of what came next.

“I had drawn a woman’s face, and she had turned her into a dinosaur-woman. It was beautiful, it was carefree, and I LOVED what she had created,” Mica admitted. “Flipping through my sketchbook, I found another doodle of a face I had not yet finished. She drew a body on it, too, and I was enthralled. It was such a beautiful combination of my style and hers. And she loved being a part of it. She never hesitated in her intent. She wasn’t tentative. She was insistent and confident that she would, of course, improve any illustration I might have done. And the thing is, she DID.” 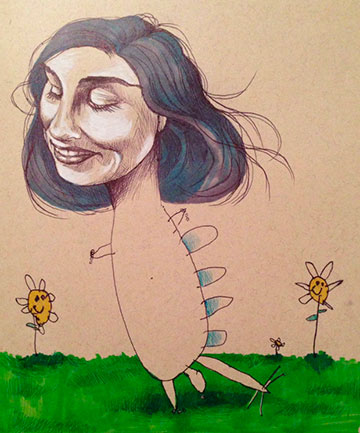 Take a look at some of the magnificent illustrations that resulted from this mother-daughter collaboration and read more about what Mica learned from letting go of her artistic reins in her original post.