Zephyr. Bad gas? Distant cousin to sulphur? How about something related to dinosaurs? The big toe of a brontosaurus? Louis L’Amour sidekick?

Well, sorta Louis L’Amour. It’s a word from the song “Home on the Range.” Also the state song of Kansas. I DID NOT KNOW THAT? So what, right? But what if I’m asked to be on a trivia game show some day?

“Home, Home on the Range” was originally written as a poem titled, “The Western Home” by Dr. Brewster Higley and published in 1876. On that bit of trivia, everyone seems to agree on.

But wait, who is DOCTOR Brewster Higley?

I’ll save that for later. I’m getting sidetracked.

The first song version, as its popularity grew and it traveled at lightning speed across the country is another thing entirely. Below is the poem, first published in Kirwin Chief, a Kansas newspaper. Interestingly enough the lyrics ‘Home on the Range’ were never part of the original poem.

Now back to Zephyr.

Zephyr : a breeze from the west

The 8 Wonders of Kansas 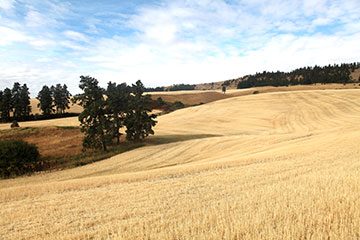 Oh, give me a home where the Buffalo roam
Where the Deer and the Antelope play;
Where never is heard a discouraging word,
And the sky is not clouded all day.

A home! A home!
Where the Deer and the Antelope play,
Where seldom is heard a discouraging word,
And the sky is not clouded all day.

Oh! give me a land where the bright diamond sand
Throws its light from the glittering streams,
Where glideth along the graceful white swan,
Like the maid in her heavenly dreams.

Oh! give me a gale of the Solomon vale,
Where the life streams with buoyancy flow;
On the banks of the Beaver, where seldom if ever,
Any poisonous herbage doth grow.

How often at night, when the heavens were bright,
With the light of the twinkling stars
Have I stood here amazed, and asked as I gazed,
If their glory exceed that of ours.

I love the wild flowers in this bright land of ours,
I love the wild curlew’s shrill scream;
The bluffs and white rocks, and antelope flocks
That graze on the mountains so green.

The air is so pure and the breezes so fine,
The zephyrs so balmy and light,
That I would not exchange my home here to range
Forever in azures so bright.