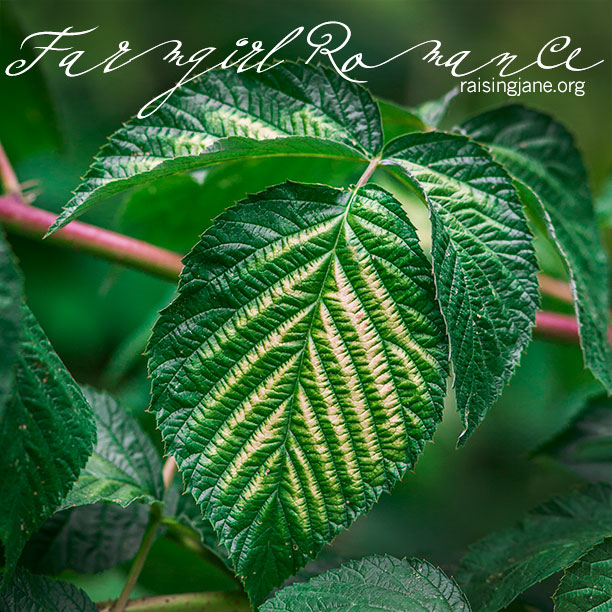 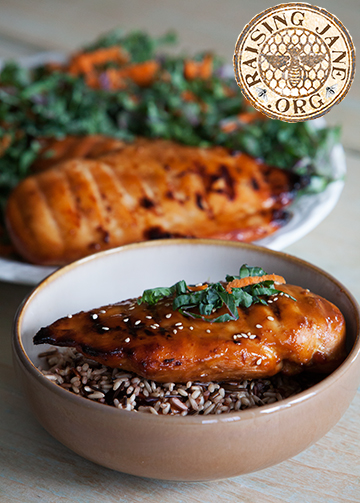 END_OF_DOCUMENT_TOKEN_TO_BE_REPLACED

My featured Merit Badge Awardee of the Week is … Miranda Strickland!!!

Miranda Strickland (#3535) has received a certificate of achievement in Make it Easy for earning a Beginner, Intermediate, and Expert Level Grease Chicks Merit Badge!

“Well, I am actually applying for all three levels at once. It started with me doing a tuneup with my husband and my mentor on my OLD truck (’04 Trailblazer) as well as the oil change.

But, Memorial Day was a bad day for folks in my area. Several people lost their homes or businesses, or had damage. Others of us lost our vehicles. I was blessed, however, and a family friend traded me my Trailblazer (severe water damage and all) for a 1974 Chevy C10 pickup. Now, most would not call it a fair trade, but it really was. The truck is awesome!

Once I got it, we discovered I had a few more problems than originally anticipated. This included the Master Cylinder (which had been replaced less than a month prior to my taking the truck) blowing out. We pulled the cap off and found the front chamber empty. We pulled the back wheels off to check the brakes, but they were clean. My husband had me put the wheels back on (I’d never used an impact driver before … it was fun!) and my mentor (the shop foreman at the shop where we got the truck) inspected the front brakes and all the connections. We determined that the system likely had not been bled properly before, and so the master cylinder blew, which meant getting a new one installed. I did not get to assist in that, but they walked me through the steps and even let me fill the old master cylinder with fluid to see if it was leaking. It wasn’t after that, but it also wasn’t working. I also sat in as they installed the new Morosa valve covers and the gasket material.

My third “expert” level project (plugs, brakes/wheels) was last Sunday at the shop, assisting my mentor with rebuilding the Quadrajet carburetor. I did the cleaning, part of tearing it down, part of reinstalling and listening/watching carefully as he explained everything that was wrong with it. He seemed very impressed with how much I understood!

I learned with my previous vehicle, however, that NO vehicle is a cake walk. Let me tell you, being 5’4″ and trying to pull plugs from an Inline 6 is NOT an easy task.

I have discovered that I am actually pretty good at mechanic work and have been in school to be a motorcycle tech for a little over a year. With the experience I have gained over the past month and a half, I have decided to start looking for a job in the field!” 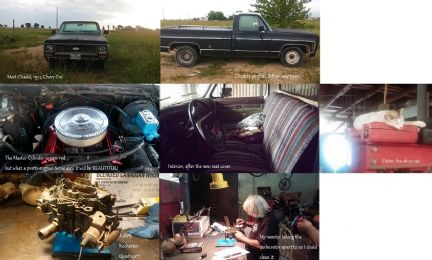 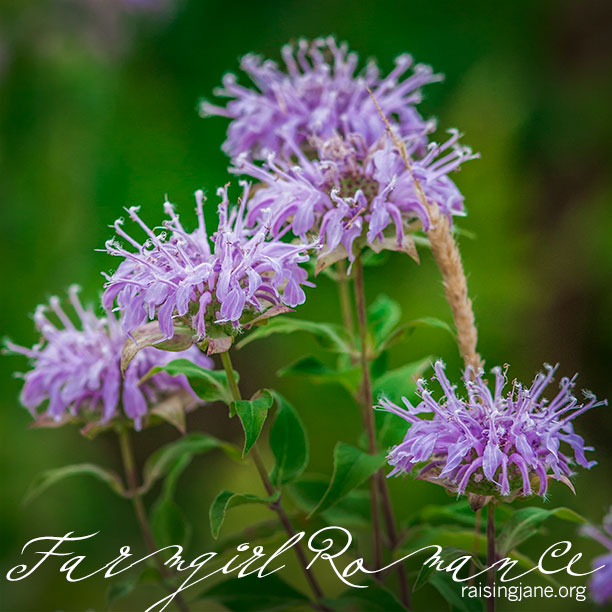 Glamping at the Gorge

We snuck off! Kidless! Just the two of us! 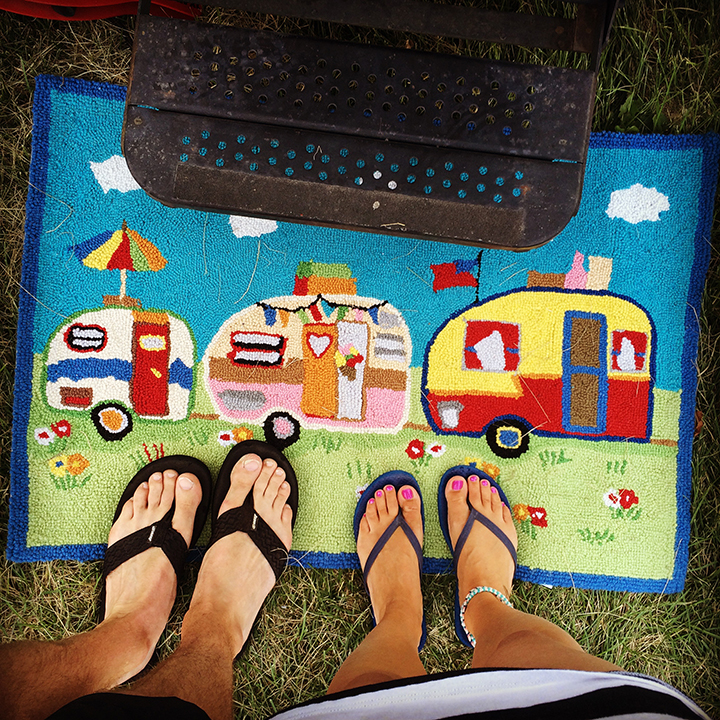 I adorned my stoop with my new rug, shook out my checkered tablecloth for the picnic table, hung some lace and ribbons, and hubby and I officially took our Tabitha glamping at The Gorge Amphitheater in George, Washington. 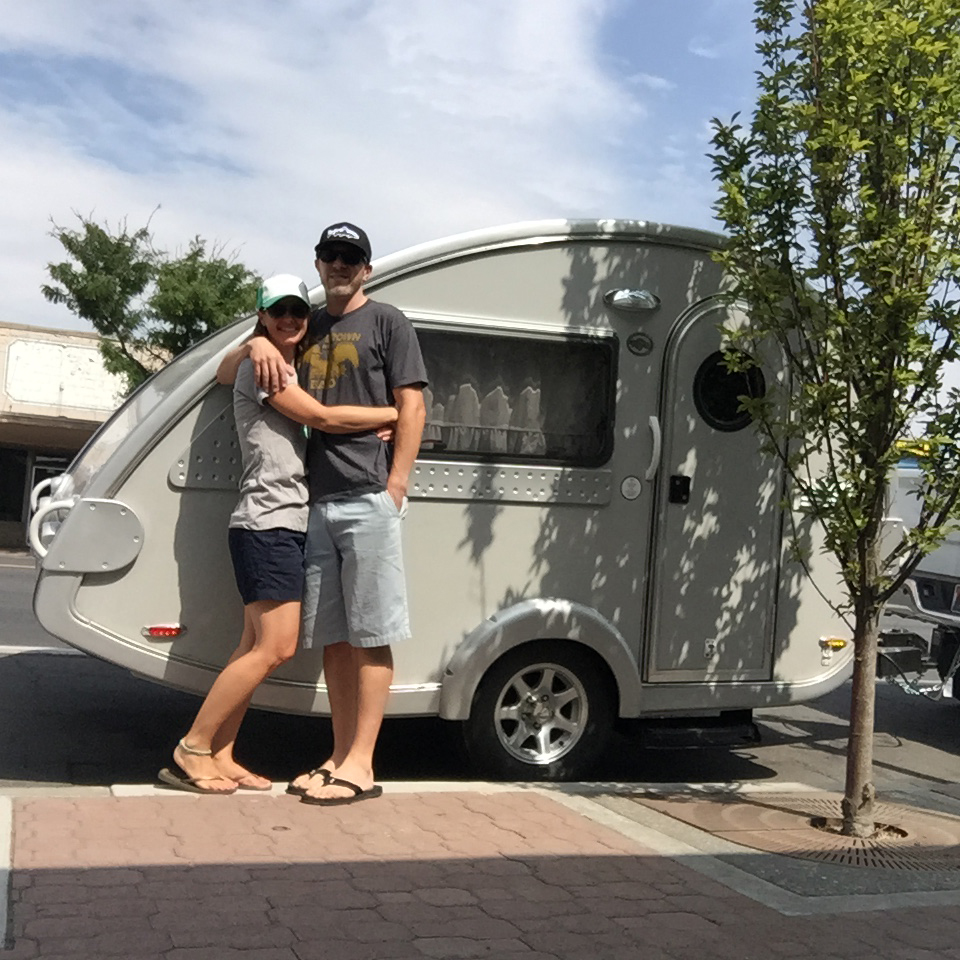 The Gorge hosts a spectacular concert and sunset too! 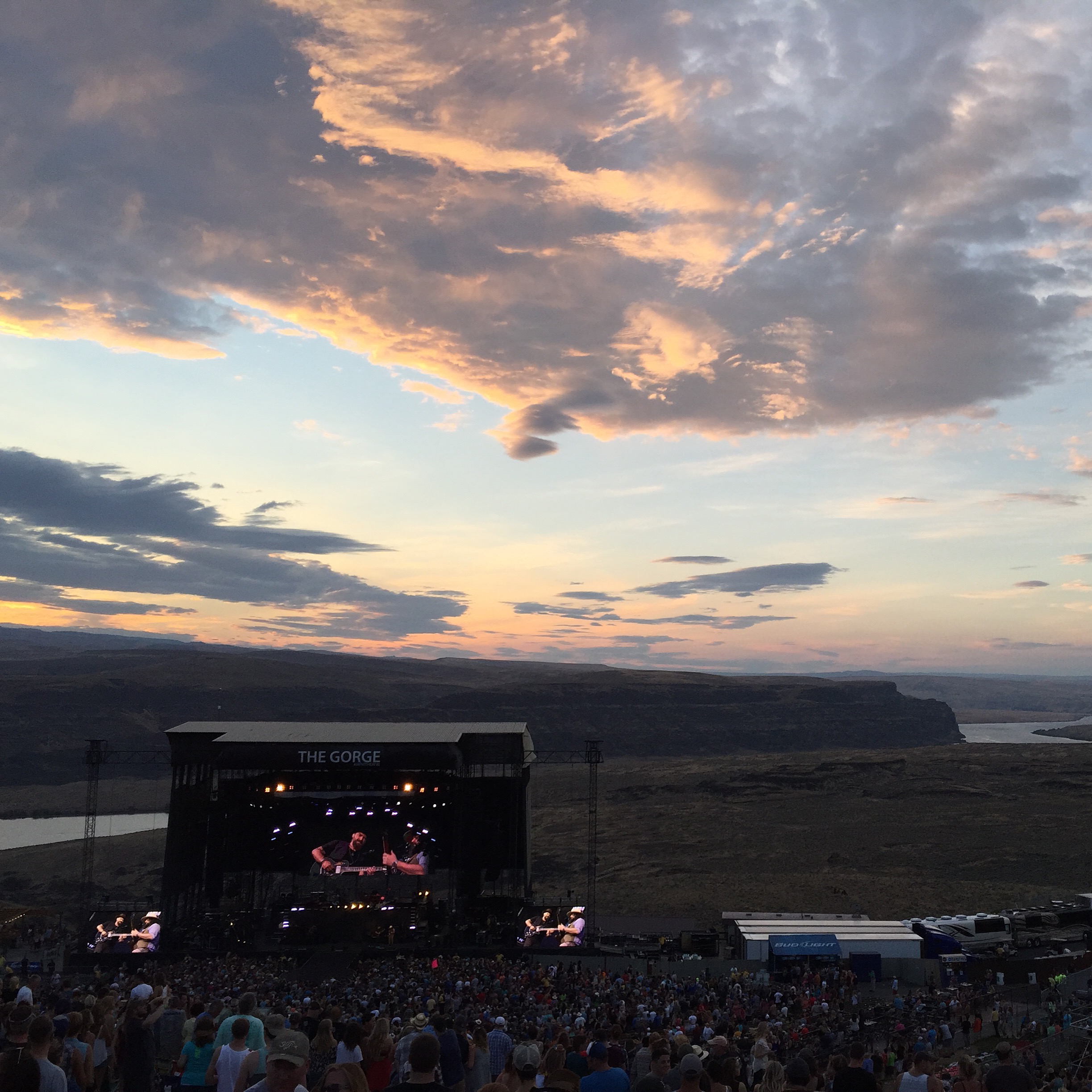 We had a wonderful time and can’t wait to take our Tabitha out with the whole family in a few weeks, 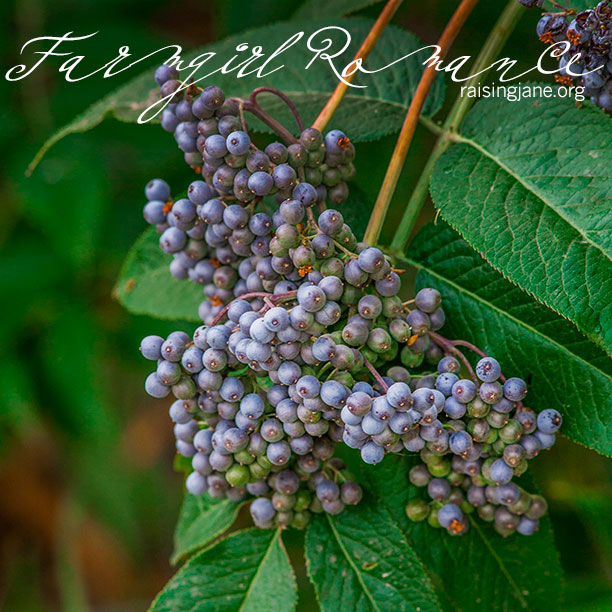 A new glamping adventure is coming to Michigan. Bella Solviva is Michigan’s first glamping eco-resort, located on 229 acres in northern Michigan. Northern Michigan is a mecca for camping enthusiasts. Michigan’s state park system takes over 1 million camping reservations per year, and campers spend up to $800 million per year on camping trips just for campsites and food.

Bella Solviva owners Brad and Sandy Carlson loved to camp with their family, but didn’t love the cramped close quarters that most campgrounds offered. So they took matters into their own hands and developed a property in the beautiful Jordan River Valley. “With sweeping vistas, winding creeks, cedar and pine forests, and towering hardwoods, we knew this was home,” said Brad. “The two ponds, one which features an adventure island in the center of the pond, will be sure to stir the imagination of your children and create family memories for years to come.” 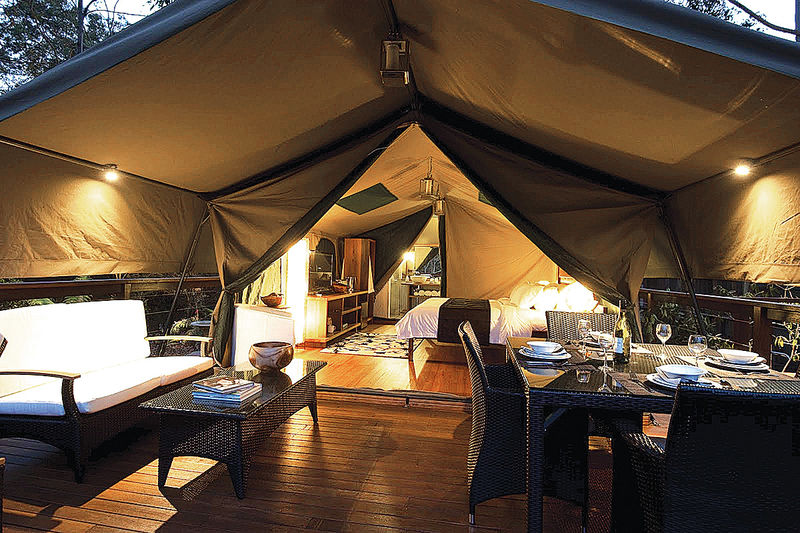 The property will eventually include 100 camping sites that will offer accommodation options from tents to tree houses to vintage RVs to suites and cabins, from just $57 a night to $1,000 a night for the most luxurious experience. The site will also offer themed areas like the adventure island and an equestrian center, and a few areas will also be available in winter months to appeal to hunters. It will also include group spaces in a village-like setting with common areas designed to foster community and social events. Projects on the horizon include a clubhouse; laundry facilities; a swimming pool; tennis and multipurpose sports courts; a natural playground; an ice skating rink in the winter; a recreation hall with a variety of games; and trails for hiking, biking, horseback riding, snowshoeing, and cross-country skiing. 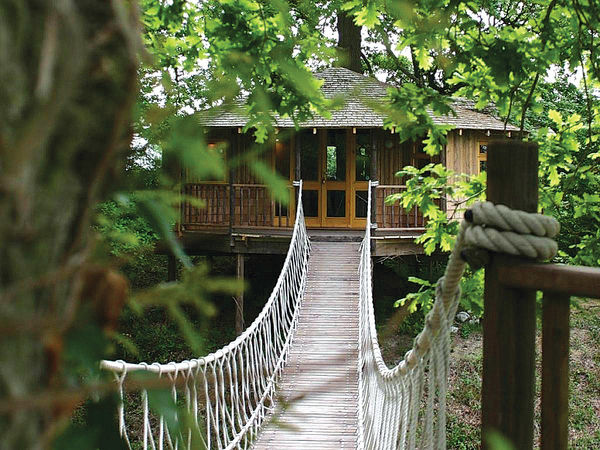 Bella Solviva also aims to be 100 percent energy independent when completed, and will install solar panels, wind turbines, hydropower, and heat generators as it’s developed. The resort intends to open this fall with a grand opening in spring 2016.

The resort also offers a number of ways you can glamp at a reduced price or even for free. “We are thrilled to partner with you in building a legacy of traditions,” says the resort’s website. “Use our referral program to share your excitement about Bella Solviva and glamp with us for free. Check out our surveys to receive a discount on your first reservation, and visit our sponsorship page to customize a glamping accommodation to your own personal specifications. We are building it so you can come! Let’s do this!”

Read more about Bella Solviva and find out how to glamp at a reduced rate at BellaSolviva.com. 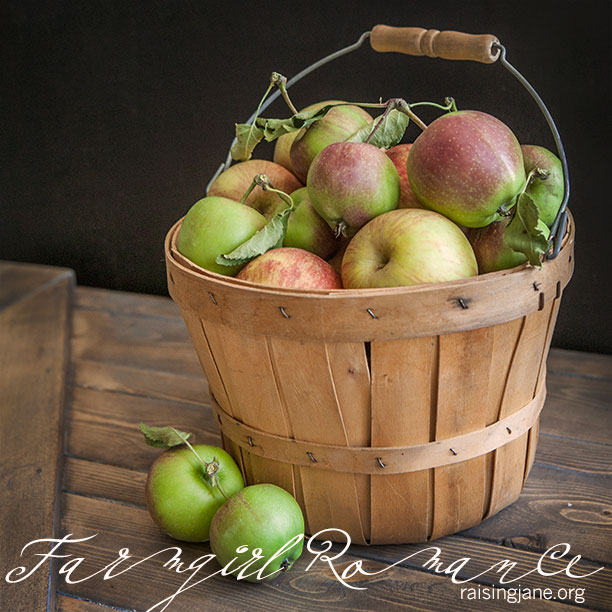 If you’re taking a road trip this summer, you might run into a strange-looking hitchhiker. But you don’t have to worry about giving this traveler a ride … 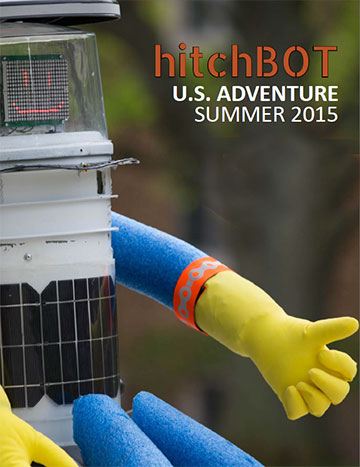 in fact, you’d be helping to make history!

hitchBOT is a robot from Ontario, Canada. She’s already traveled … on her own! … across Canada and Germany. Then, in her own words, “I took a much-needed arts and culture vacation in the Netherlands. But what can I say … I am a free-spirited robot that loves to keep busy!” (hitchBOT’s creators refer to her as “it,” but “it” has a distinctively female voice. And yep, you heard that right … hitchBOT speaks!)

hitchBOT is the brainchild of Dr. David Harris Smith, Assistant Professor of Communication Studies and Multimedia at McMaster University, and Dr. Frauke Zeller, Assistant Professor of Professional Communication at Ryerson University, who worked with a collaborative, interdisciplinary team of researchers from the fields of visual arts, engineering, computer science, and communication with an unusual goal in mind. “Usually, we are concerned whether we can trust robots,” says Zeller, “but this project takes it the other way around and asks: Can robots trust human beings?”

“We expect hitchBOT to be charming and trustworthy enough in its conversation to secure rides through Canada,” said Zeller at the beginning of the experiment. And, after the first three legs of her adventure, he reports, “hitchBOT was very well received as it made its way across Canada, Germany, and the Netherlands, proving that robots can, indeed, trust humans.”

Humans can pass hitchBOT along to another traveler, leave her at a restaurant or shop, or simply use her kickstand to leave her on the roadside with her thumb raised for a ride. “It has a really low-tech look to it, something we dubbed the ‘yard-sale aesthetic,'” said Harris Smith, to help deter thieves. “The head is actually an acrylic cake-saver. hitchBOT looks like somebody has cobbled together odds and ends, like pool noodles, bucket, cake saver, garden gloves, and Wellies.”

In her own words, hitchBOT adds, “I am approximately 3 feet tall and weigh about 25 pounds. I have camera vision, a microphone, and a speaker system, which gives me the ability to see, hear, and speak. I also have a sense of space, thanks to my 3G and GPS capabilities, and I am aware of where I am and where I want to go next. For my trip across America, my family has been kind enough to install a battery meter on my beer-bucket torso. It can tell my new friends how much energy I have left (so they can avoid a crankyBOT!) and whether it is difficult for me to understand them.” 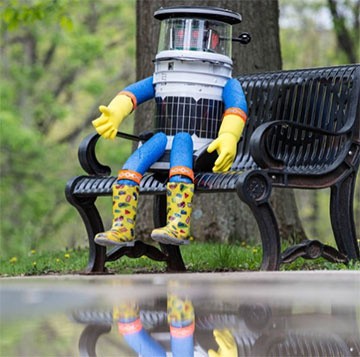 On July 17, hitchBOT hit the road in America for a cross-country tour, starting at the Peabody Essex Museum in Salem, Massachusetts. She’ll hitch her way to San Francisco, one ride at a time, to end up at the Exploratorium. In honor of her beer-bucket torso, she’s even prepared a bucket list of things she would like to see and do while traveling the U.S., including visiting Times Square in New York City, Millennium Park in Illinois, Mount Rushmore in South Dakota, and the Grand Canyon in Arizona. 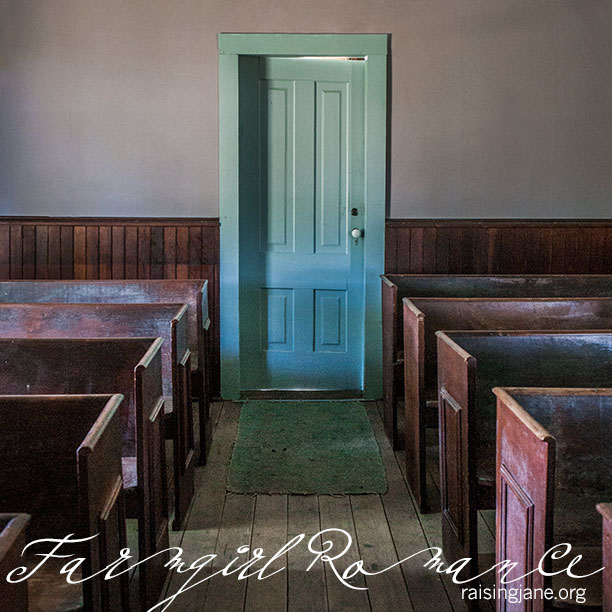