Whoever said the subject of manners must be stodgy, serious, and stern?

Well, one thing is for certain: it was not the Goops.

Have you heard of them—the Goop family, that is?

Perhaps you know them by remote reputation. Whether they’re licking their fingers, interrupting visitors, or pulling little girls’ hair, the Goops’ notoriously unrefined habits have earned them more than a century’s worth of fame, and they have garnered a devoted following of fans that has spanned generations.

The Goops, you see, are a positively unpolished family inhabiting a series of books written by a funny fellow named Gelett Burgess in the early 1900s. While manners and etiquette were the foundation upon which the Goop household was built, this gauche gaggle of round-headed ruffians simply couldn’t bear to behave, imparting lasting lessons within the guise of giggles. 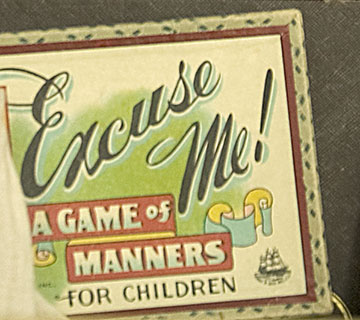 Take this example, from Goops, and how-not-to-be-them, published in 1900 …

The Goops they talk while eating
And loud and fast they chew;
And that is why I’m glad that I
Am not a Goop—are you?

More than 100 years after their debut, the Goops now have their own official website, Goops Unlimited, where you can buy the books, peruse the Ps and Qs of Politeness at the Table, and play family-oriented Goops games online. 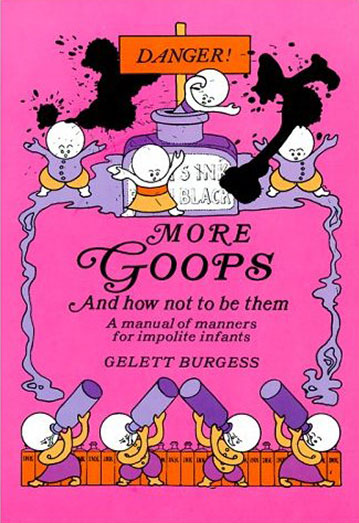 Book cover: More Goops and How Not to Be Them by Gelett Burgess