Adam and Karina on the screen. Music started and then a video Adam had made began. The first words said: “While you were growing up in the East, I was growing up in the West.” It continued like that, a mini-movie-documentary about how they each grew up and came to meet each other. The last part of the video said: “While you are sitting here wondering, is this really happening, I was …”

Adam grabbed Karina’s hand and they stood up together. As soon as Karina was standing, still holding her hand, he kneeled down and asked her to marry him. Without hesitation, Karina said YES! and wrapped her arms around him. 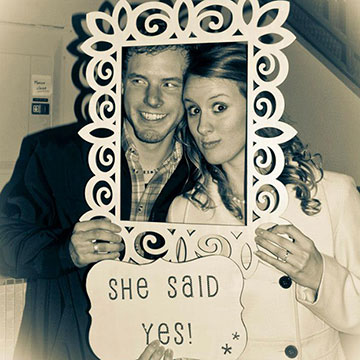 Right after, he told her to look in the balcony behind them. She looked up to discover that they were blessed with the presence of his family, her mother, her two best friends, and a some of their mutual friends. Afterward, they went to the lobby for a celebration.

When they walked outside to their car, Adam pointed out to Karina what they’d put on the marquee while they were inside. “I love you Karina.” 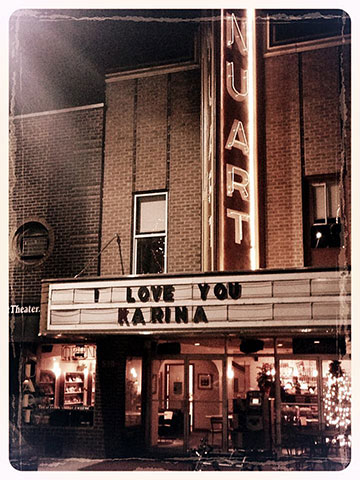 It was the perfect night! 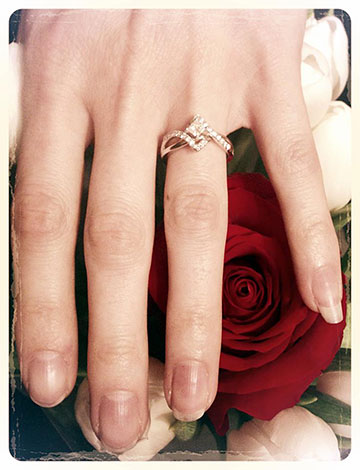 In September, when she moved to Moscow to work as a graphic designer here at my farm, little did she know that only a day after she moved here, she would meet the man who quickly became her best friend, then the love of her life, and now her fiancé.

Don’t you just love all the happiness that surrounds a marriage proposal? I do.