Join me as I salute Sergeant Reckless … 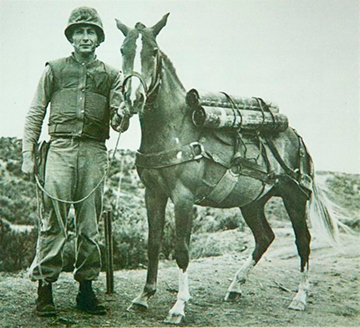 “Reckless” is not the nickname of the fellow in the photo.

In fact, Reckless was not a fellow at all.

She was a pack horse who served in the Korean War, carrying rifles, ammunition, and supplies to Marines. 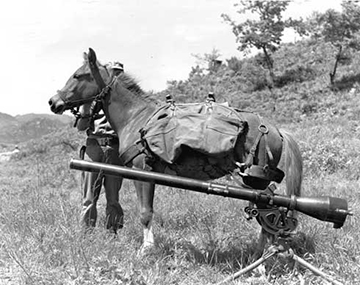 Of course, she wasn’t the only horse who helped during the war, but Reckless was special.

Consider, for instance, the Battle of Outpost Vegas in March of 1953 … 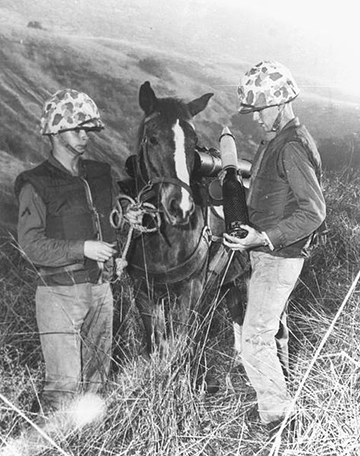 In one grueling day of the brutal battle, Reckless made 51 trips from the ammunition supply point to the firing sites. She hauled almost five tons of equipment and carried numerous wounded soldiers over 35 miles, through open rice paddies and up steep mountains that were riddled with enemy fire.

And she made nearly every trip by herself.

“Going up the ridge, in and out of view, was this little mare,” recalled retired Marine Sgt. Harold Wadley, who witnessed the horse’s heroism. “I tell you, her silhouette in all the smoke—I couldn’t believe what I was seeing. I thought, ‘Good grief. It’s Reckless!'” 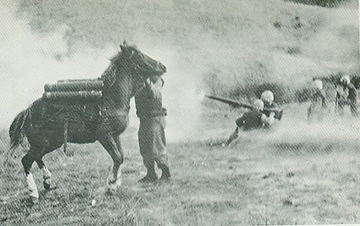 The courageous horse also used her body to shield four Marines who became trapped while making their way to the front line, and although she was wounded by shrapnel twice that day, she didn’t waver.

“Reckless was scared; flares were turning night into day,” Sgt. Wadley added. “Surely an angel had to be riding that mare.”

This young Mongolian mare, bought from a local boy for $250, surpassed the troops’ wildest expectations.

“I was surprised at her beauty and intelligence, and believe it or not, her esprit de corps … She was constantly the center of attraction and was fully aware of her importance. If she failed to receive the attention she felt her due, she would deliberately walk into a group of Marines and, in effect, enter the conversation. It was obvious the Marines loved her,” said Lieutenant General Randolph Pate. 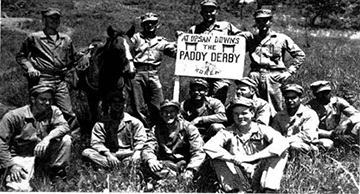 Sergeant Reckless with Sgt. Lively’s squad when they challenged the champion horse Native Dancer to race in the “Paddy Derby” at “Upsan Downs.” Photo courtesy of Wikipedia; USMC photographer

For her exemplary service to the Marine Corps, Reckless was awarded two Purple Hearts and a slew of other honors (including blankets, ribbons, cakes, and flowers, which she … ate). 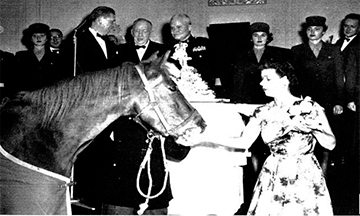 Sergeant Reckless was the guest of honor at this Marine Corps birthday banquet. Photo courtesy of Wikipedia; USMC photographer

Reckless was promoted to Staff Sergeant in 1959 and lived out her years in the U.S. 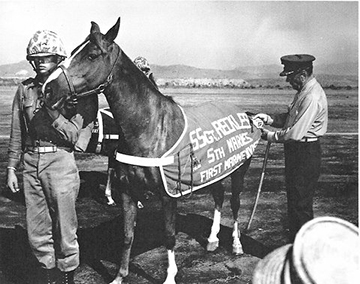 She will not soon be forgotten.